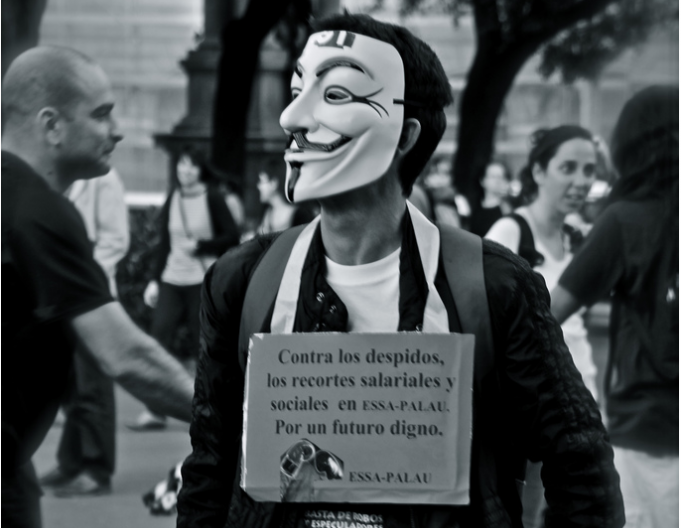 By Freia Peters
Even though she’s lucky to have a job in Spain, Julia Casado Marco wonders if she should move back to Germany. The young Spaniard studied in Mannheim and worked at a wine merchant’s in the southwestern Pfalz region before returning to Spain three years. Though she unexpectedly found a job in Murcia in southern Spain, she thinks the real opportunity is in Germany, where the overall economy is much stronger than in her boom-to-bust native country.

“Spain and Germany may not be that far apart geographically, but we’re very different,” she says. “Longer-term, I want to return to Germany.”

Many Spaniards have stories similar to Marco’s. In Spain, even highly-qualified people are having trouble finding jobs. According to Eurostat, Spanish youth unemployment exceeds 40%, the highest on the continent.

So more and more Spaniards, and other university-educated young people from southern European countries, are seeking jobs abroad. And for them, Germany is a magnet.

With a shortage of qualified workers, German economists says that drawing skilled people from other countries is the key to keeping the economy on track. Germany‘s Federal Employment Agency (BA) expects the number of people of working age in Germany to decrease by 6.5 million by 2025.

By 2030, Germany expects to be have a shortfall of more than five million workers, half of them university-educated skill level. Even if the country were to succeed in increasing domestic potential, there would still be a gap that can only be filled by skilled workers from abroad.

The German Chamber of Commerce has begun organizing evening informational sessions about emigration in major Spanish cities. Interested Spaniards are told that the average starting salary for an engineer in Germany is 41,000 euros. Some 80% of engineers in Germany have permanent contracts. (In Spain, most people entering the job market are placed by temp agencies and are given six-month contracts). A career start in an engineering firm is recommended in Germany, and candidates don’t necessarily have to bring German language skills with them: good English will do.

In June, 17,000 Spaniards applied via the European Commission’s job exchange program for positions in Germany. In line with that figure, a Goethe Institute spokesperson says demand for German language courses has doubled over the past year.

Germany is also drawing young applicants from Portugal, Greece, Ireland and some central European countries, but the attraction has been strongest for Spaniards after German Chancellor Angela Merkel, on a visit to Spain in February, extended an invitation to young Spaniards to come work in Germany because her country had a shortage of highly-qualified, specialized workers.

Nowadays, in some Berlin neighborhoods, what is striking is how many people can be heard speaking Spanish. Entrepreneur Manuel Wagner noticed that, and, sensing a trend, in March opened a placement agency on Spain’s Costa Blanca called World Wide Working that helps prepare for the move to Germany.

“A lot of them want to grab a backpack and head north right away. In fact, a lot of them do – and come back, frustrated at not having found a job and not being able to communicate with German people,” he says.

Proper preparation is key, Wagner says. His agency creates a structured emigration plan for every customer after checking out their CV, professional qualifications, language skills, and personal circumstances.

Wagner wants to expand his services worldwide, but is presently focusing on Germany because that’s where 90% of his customers are going. For the time being, his agency is unique in Spain. He works closely with Eures, the EU Commission’s Internet job exchange.

For two weeks now, Adrián Lozano Zaplana, 24, has been living in Schömberg, a spa in the Black Forest. Zaplana has a Spanish tourism studies degree, and recently signed a year-long contract with the 3-star Hotel Krone, where he’s working in service as his German skills aren’t good enough for him to man reception. He’s overqualified for the work he’s presently doing, but Zaplana takes it in stride.

“In Spain, tourism is seasonal. Generally, there are jobs from April to September,” he says. The rest of the year, he did temp work. Whether he’ll make it past his three-month trial period on this job, he doesn’t yet know.

But he’s rapidly improving his German skills as he shares an apartment with the hotel’s German chef. It helps, he says, that there are “no other Spaniards for miles around.” That may be about to change.