Analysis: China’s approach to rare earth mining is putting it at odds with the WTO. China’s Economic Observer outlines where China’s gone wrong, and what it needs to do to set the industry straight. 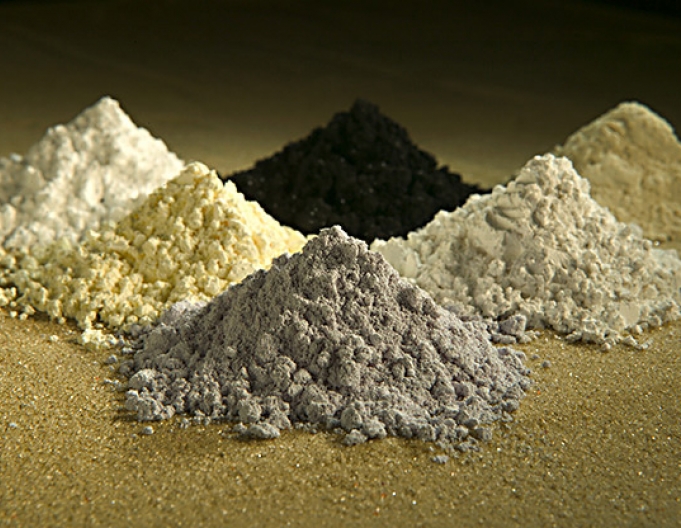 BEIJING – The World Trade Organization’s Dispute Settlement Body declared last week that China’s restrictions of its rare earth exports violate the promises it signed when it joined the WTO. But the rare earth dispute, which began in the summer of 2009, is not just about China.

Two years ago, various Western countries appealed to the WTO about China’s export restrictions on nine kinds of raw material including bauxite, coke, and fluorspar. Insiders knew this was just a way for the United States, European countries and Japan to test the waters. Their real goal is the rare earth elements.

The WTO will establish a very important precedent if, in the near future, it also judges China to have violated the regulations about rare earth exporting. This would be the biggest defeat China has suffered since joining the WTO in December 2001.

In response to the WTO’s adjudication on the appeal filed by the United States, Mexico, and the European Union, China’s Ministry of Commerce responded by saying that China has in recent years strengthened its management of high polluting, high energy and resource consuming products. These measures may affect both domestic and foreign users, but it corresponds to the goal of sustainable development advocated by the WTO.

Zhong Shan, Vice Minister of Commerce, has said that China will follow the regulations of the WTO and continue to improve its rare earth export policy. Clearly, China should seek a more moderate alternative.

Disputes between China and the West over rare earth are not new. But it came to a peak in the second half of 2010 over the Sino-Japan dispute called the “Diaoyu Islands collision”. Japan is the world’s biggest rare earth importer, with nearly all coming from China. Many major western media therefore speculated that China was controlling the export of rare earth elements to achieve its political ends.

US Secretary of State Hillary Clinton even publicly called for the United States and its allies to reduce dependence on Chinese rare earth production, and said that “This is a wake-up call for us.” It’s probably the most forthright speech by a high-ranking official from the West. In order to eliminate the world’s misconceptions, Wen Jiabao and other Chinese officials have repeatedly said over the past year that China will not prohibit or restrict the export of rare earth, and that rare earth issue should not be politicized.

Rare earth is the collective name for 17 kinds of metals, including lanthanum and gadolinium. They either possess strong magnetic force or can enhance other metals’ high temperature capabilities. These elements are commonly used in all industries, and in particular, cutting edge fields like new energy sources and high-tech products. Many observers warn that the modern economy cannot function without rare earth.

Currently, China as a near monopoly on the global supply of rare earth elements. It produces 95% of the world’s supply – and consumes half of it. Twenty years ago Deng Xiaoping quipped: “The Middle East has oil, China has rare earth.”

Although they are dubbed “rare,” these resources are not in fact all that scarce. A lot of countries have these elements. China’s reserves are just 40% of the total global reserves. The fact that they are rare in other places is because other countries are unwilling to extract them because of the high cost.

There are a number of reasons China controls the export of rare earth materials. Contrary to what most Western analysts claim, “political motivation” is not one of them. China’s market dominance can instead be explained by the fact that the exploitation and processing of rare earth cause serious air, surface water and soil pollution. Over the past dozen years, the supply of rare earth has exceeded demand. The Chinese supplier had no control over its pricing, thus the price has been very low.

There are other reasons as well. It is said that if China continues its exploitation at the current speed, its reserves in medium and heavy kinds of rare earth will be exhausted in 15 to 20 years. Thus it too will need to import them. Finally, China would rather encourage foreign companies that need rare earth to move to China instead of just selling them cheap raw materials. This will help to create employment and economic development in Inner Mongolia. It could also help upgrade China’s manufacturing industries.

All these reasons are justified because no country is obliged to sacrifice its own interests for the benefits of other countries. This is why the WTO adjudication is very unfair to China. Still, there is no denying that the Chinese government has committed considerable mistakes in defending its legitimate interests. To a very large extent, these mistaken measures have put China in an embarrassing predicament.

First and foremost is the mistake of issuing export licenses with declining quotas. The second error was to force numerous private mining companies to shut down. China tried to integrate extraction firms and processing companies into two respective conglomerates, one in the North and the other in the South. China’s third mistake was to establish a so-called system of reserves.

These policies are doing more harm than good. Not only are export quotas and rising tariffs likely to conflict with the WTO’s rules, but they are also detrimental to the healthy development of the sector.

For instance, an export quota pushes up the price of rare earth elements in the international market, and because the production capacity hasn’t been reduced domestically, national and external prices differ. The results are twofold: the illegal transfer and sale of export licenses, and the smuggling of rare earth elements. According to some credible estimates, more than 30,000 tons of rare earth elements were smuggled out of the country last year.

Even greater harm lies in the fact that the government has taken control of what were originally private extraction and processing operations. Past experience tells us that the existence of a state administrative monopoly is the biggest obstacle to promoting China’s market-oriented reforms. It’s also impossible to expect these state-owned enterprises to promote the protection of the environment or to pursue technical improvements.

The best way to safeguard the national interest through the rare earth policy is to raise the production cost of rare earth elements in China through legal and policy guidelines. Thus market forces will voluntarily reduce its supply and exports. So-called cost-raising requires a much higher threshold of rare earth production and demands, and more severe standards of environmental control. It also means improved safety standards and higher compensation to local residents for local environmental pollution.

For a long time, China’s rare earth materials have been sold cheaply as the cost of production has been shared by the whole of society. As long as the government converts these exterior costs into economic costs that are borne by enterprises, then the price of rare earth will automatically go up. That is how China should lay down its rare earth policy.

Read the original story in Chinese.