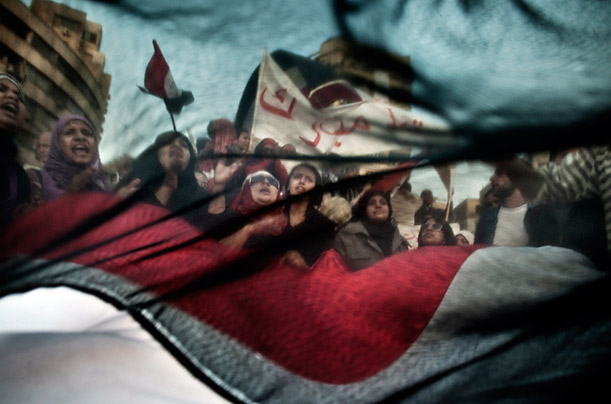 Motorised French troops in Syria, near the border with Palestine, in June 1941. After the Second World War the French were persuaded to abandon their former mandated territories

Syrians shot down in the streets across the country, tanks surrounding the major cities of Syria, soldiers killing unarmed, largely Sunni Muslim demonstrators as the authorities protest that “armed gangs” are themselves killing troops.

In northern Syria, citizens barricade their cities from armed assault, and Syrian nationalists carrying weapons and demanding freedom prepare to move into Homs and Hama. Local troops are said to be deserting en masse, while others, many of them Alawis of the Shia Muslim sect, are loyal to the authorities in Damascus. The uprising is infecting neighbouring Lebanon, while a British diplomat writes from Damascus that the authorities have “instituted nothing less than a reign of terror… This will surely spread throughout the whole Middle East”.

Sounds familiar, doesn’t it? And, of course, it should be, for I am describing Syria in May 1945. The regime doing the shooting is that of France’s Charles de Gaulle; the nationalists are pretty much the fathers or grandfathers of the young men protesting so bravely in those same streets today against the ruthlessness of Bashir al-Assad’s regime. The British diplomat is Terence Shone, formerly our “minister plenipotentiary” in Egypt, and now tasked by Anthony Eden to honour the promise – made by Anglo-French forces when they liberated Syria and Lebanon from Vichy forces in 1941 – to give full independence to both countries.

The French insist that they want independence for both nations – but that they also want a “special place” for themselves; in other words, a continuing, softer version of the post-First World War French mandate. To the horror of Shone, Eden and, indeed, Winston Churchill, the French went on to fire shells into the Syrian parliament and strafed the Hamidiyah souk in central Damascus from the air. Hence all the tiny perforations still visible in the bazaar’s metal roof to this very day.

Eventually, the French were persuaded to abandon their former mandated territories – although not until they were on the verge of fighting their British allies – and the Sunni Syrian nationalists, led by brave men such as Jamil Mardam Bey, declared victory. Syria was independent and no longer subject to imperial rule. Or so they all believed. The ironies, needless to say, are many. Today’s Syrian protesters are treated as little more than terrorists by the Baath party regime, which uses the old French military methods in an effort to destroy them in the very same cities. Assad’s forces include a shabiha militia (“those that make ghosts”) almost entirely composed of Alawis – just as the French Troupes Spéciales were. I should add that Alawis also fought bravely against the French – which is why a recent Friday of demonstrations in Damascus was named after one of these heroes.

Instead of Terence Shone, we have the US ambassador, Robert Ford, expressing his opprobrium of the regime – along with his French opposite number – by visiting Hama. The Syrian Vice-President, Farouk al-Sharaa, looking visibly older after months of violence (he comes from Deraa, where the uprising began), this week tried to hold talks with the opposition, demanding dialogue and democracy “to turn a new page in the history of Syria” – almost exactly what the French said 66 years ago.

Of course, there is another, even darker irony. De Gaulle had been trying, vainly, to crush the Syrian nationalist revolt; his successor – physically much smaller than de Gaulle but with Napoleonic pretensions – waffles on about the iniquities of the regime and talks of EU sanctions. He has mercifully stopped short of the air attacks which de Gaulle permitted against Damascus in 1945. The French can be like that. One generation represses, and then up pops another, as keen as cheese to help the repressed.

No wonder the protesters, while glad to see Mr Ford in Hama, are more enthusiastic to learn about revolution from their Egyptian brothers and sisters. Many sent anti-Mubarak demonstrators tips on how to use Facebook and Twitter. Today, the Egyptians are returning the favour, posting advice on how to oppose the Baathist regime. Here, for example, is the advice of an Egyptian who says he “adores Syria”, posted on the Syrian News Network: “Demonstrations must include whole cities, even if the protesters are few in number – the bigger the geographical area, the more difficult it is to suppress; demonstrate every day – don’t make the Bahrainis’ mistake of concentrating only on one location, the Pearl roundabout in Manama.”

The advice is carefully thought through. “Try to wear out the security forces by protesting all day and all night. Gather in narrow streets, try to gain more sympathisers. Be brave; you will win the psychological war. Never attack the security forces.” The last, of course, is easy for an Egyptian to say. Their army believed its job was to protect the people; the Syrian army’s orders are to protect the Baathist regime. It uses live bullets promiscuously – hence Syria’s estimated 1,400 dead already far outnumber Egypt’s nearly 900 “martyrs”.

But the remark about Bahrain is astute. Many Bahrainis now believe they started their “revolution” far too early. “We are not yet able to topple the regime,” one told me this week. “We were ahead of our ambitions. The Americans and the Saudis won’t let things happen yet. Old King Abdullah of Saudi Arabia has got to die first.” Then, he explained, Saudi Arabia will splinter into princely states and the Bahraini Shia majority can have democracy. Arab Spring, Arab Summer. Arab Winter, too. History suggests the awakening has only just began.