In a terrifying society, there is no place for truth or ideals 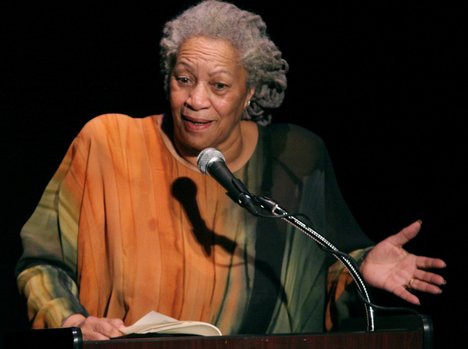 It was during this same week in 1949 (June 8), that George Orwell’s “Nineteen Eighty-Four” dystopian novel was made known to the world. His book was published after World War II and Nazism’s ruin and at the start of the Cold War. While World War II witnessed some of the most heinous crimes and twisted ideologies committed in the name of humanity, two Cold War superpowers were purging dissenters in their own empires and readying themselves for unimaginable holocaust-like events, even nuclear annihilation.

Nazism, the Soviet Union and United States all promised to deliver utopias, or heavens on earth. In these egalitarian societies, people would experience peace and security and be free from war. Equality would reign supreme. There would never be a shortage of food, clothing, shelter, and employment. But the deaths of twenty-million people in World War II, and over thirty million during the Cold War and as a result of dozens of military interventions, have forced individuals to question utopian ideals and utopian visionaries.

Orwell was no exception in writing about a futuristic tragic dystopian society. It would be a world in which both extreme right- and left-wing totalitarianism would become a reality. In Orwell’s terrifying society, there is no place for truth or ideals. History becomes obsolete and propaganda replaces news and information. People are manipulated and controlled through their own thoughts. Mass medias, technologies and language socially engineers behavior. Intellectual freedom, toleration and, of course, love are punished.

“Big Brother (Google)  is not only watching you,” but Big Brother (Facebook)  is everywhere, even in your most inner thoughts and deepest parts of your subconscious.

Humankind has always experienced with utopian societies. Plato’s ideal society was one where the arts were outlawed and the weak and unwanted infants were killed. Lieh Tzu, a Chinese writer, wrote about how Yu the Great discovered a land where people were gentle and followed nature without strife. Jesus spoke of a kingdom on earth consisting of justice, unconditional love, and how truth would set one free. In this kingdom, the hungry would be fed and the naked clothed. The poor would rule and the rich would be servants.

It was Thomas More’s “Utopia” that, and at least for Western civilization, sparked interest in a near perfect order. More wrote a dialogue about a country run according to the ideals of Christian humanists, where poverty, crime, injustice, and other societal ills do not exist. Thereafter, Francis Bacon, a scientific enlightened thinker, penned “New Atlantis.” On this imaginary island called Bensalem, scientific institutions would eradicate all sicknesses and diseases. “New Atlantis” would remain unfinished. Bacon never completed the story.

Modernism and its glorious technological innovations have produced H.G. Wells’ “The Time Machine” and “War of the Worlds,” Aldous Huxley’s “Brave New World,” and Ray Bradbury’s “Fahrenheit 451.” Wells envisaged that the human race would evolve into two species-the dominant and aggressive Morlocks, and the submissive and passive Eloi. In the midst of a dying world, the Morlocks lived underground and ate the beautiful but frivolous aristocrats. Humane or inhumane behavior was dependent on circumstances.

In “War of the Worlds,” Wells describes a brutal and destructive invasion of England by Martians. “Brave New World” is another dystopian vision in which technology would control and enslave humanity. Huxley thought scientific and social developments were already creating human embryos in bottles, conditioned to collectivism and passivity. One self-educated individual, who believes in a spiritual world and moral choices, goes berserk and kills himself. “Fahrenheit 451” is about Cold War brainwashing and indoctrination.

In today’s post-modern world, with its fascination of apocalyptic and end of the world scenarios, books and movies abound with destructive and deadly dystopian societies. John Christopher’s “The Death of Grass” is about a virus that kills off all species of grass, so that crops such as wheat, barley, corn, and rice and livestock have nothing to eat. While Christopher writes about planetary starvation, Nevil Shute, in “On the Beach,” imagines a post-World War Three World, with people living in a radioactive contaminated wasteland.

J.G. Ballard’s “The Drowned World” and “The Drought” predicts a world of either catastrophic floods and to much water, or a planetary nightmare of global desert-liked conditions. Just like with current popular films like “2012,” “I Am Legend,” “Falling Skies,” “World War Z,” “Alas, Babylon,” “Stonehenge Apocalypse,” and thousands more, the theme and end is always the same: A depressing, disastrous and dystopian world in which the end of humankind is near.

Perhaps the popularization of dystopian visions are a reflection of the times. After all, whether it be the rise of Nazism, the Cold War superpowers, or the current Global War On Terror, their promises of a better world, a new utopian society, have all been proven to be false, hollow, even fatal. Sadly, this has given the word “utopia” a negative connotation, including its true meaning and ideals. At the same time, fear and insecurity has caused real-politic to replace ideal-politic. Sadly, pessimism is newspeak for optimism.

Toni Morrison, a Nobel Prize and Pulitzer Prize-winning American novelist, said in a 1998 Online Newshour interview: “All paradises, all utopians are designed by who is not there, by the people who are not allowed in….” In “Between Hell and Reason,” Albert Camus believed the future would be a struggle not “between utopia and reality, but between different utopias, each trying to impose itself on reality…we can no longer hope to save everything, but we can at least try to save lives, so that some kind of future…will remain.

In reality, the world has always been what people want it to be. The actors of “heaven on earth” are individuals, families, states, and nations. Whereas dystopian worlds demand a misplaced faith in the power of others or collective organizations, true utopians encourage thinking and individual responsibility and accountability. Unlike dystopian societies, true utopians are created through debate, toleration, and mercy. True utopians develop into a diverse union of ideas and acceptance. There is no place for violence or dictatorial rule.

But again, if present realities and the future are based on what one currently observes and imagines, then expect more dystopias. Perhaps the ancient Greeks understood utopia the best after all. Whereas the English word for “utopia” is derived from “good” and “place,” for the Greeks it meant “no” and “place.” Do real utopias arise in voids, or from who is not there, the visionaries not allowed in but at least who try to save lives for some kind of future? Utopians violently forced onto others, do they not usually end in dystopias?

(Note: In writing this article I consulted three resources: “Ideas That Changed The World” by Felipe Fernandez Armesto (p. 250-51), Benet’s Reader’s Encyclopedia” by Bruce Murphy, and “Best Of Times, Worst Of Times” by Gerard Cheshire and John Farndon (p. 160, 161.)