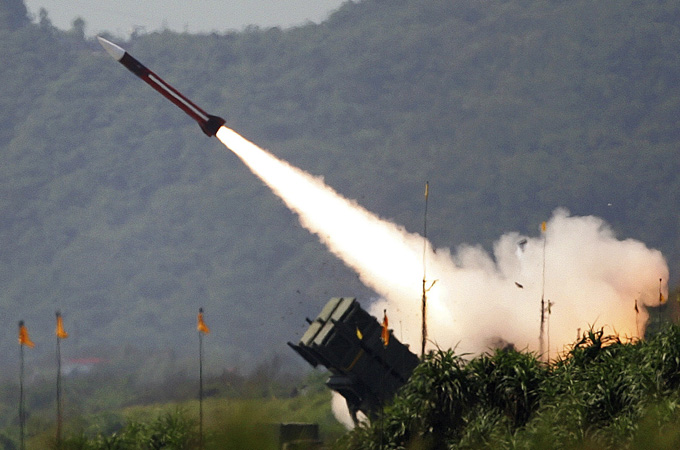 U.S> government is charging ahead with a plan to sell $60bn worth of advanced aircraft and other sophisticated weapons systems to Saudi Arabia, in what is thought to be the largest US arms deal ever.

The Wall Street Journal reported on Monday that the US administration was also in talks with the Saudis about naval and missile-defence upgrades that could be worth tens of billions of dollars more.

Under the deal, the US is also to expand Saudi Arabia’s ballistic-missile defences “to reduce the threat from Iranian rockets”, US officials were reported to have said. They also said that it was unclear how much that package would be worth, but it could be similar to one in the United Arab Emirates.

The US administration sees the sale as part of a broader policy aimed at supporting “Arab allies against Iran”, and is expected to notify the US congress about these plans in the upcoming weeks, the report said.

Gala Riani, a Middle East analyst at IHS Global Insight, told Al Jazeera that news of this deal was not surprising and something that was expected.

“At the heart of this, the US is seeking to build and strengthen its allies in the region. Perhaps it has something to do with the US economy, but the shared threat from Iran is definitely a motivating factor.”

While Saudi Arabia has the money to buy fighter jets and other hardware, some analysts say “it’s one thing to buy the equipment, but it’s another to use it efficiently”.

Nevertheless, the US administration plans to frame the Saudi deal as a major job creator, supporting at least 75,000 jobs, according to company estimates.

This will come as a welcome boost to an employment market that is shedding thousands of jobs every month as Barack Obama, the US president, struggles with economic woes.

A recent US government study found that the “global economic recession significantly pushed down purchases of weapons last year to the lowest level since 2005”, the New York Times reported on Monday.

The report, that was presented to the US congress over the weekend, concluded that the value of worldwide arms deals fell to $57.5bn in 2009, a drop of 8.5 per cent from 2008, while the US signed arms deals worth $22.6bn – a dominating 39 per cent of the worldwide market.

Over much of the past decade, Saudi Arabia, China, India and the United Arab Emirates have been among the largest weapons purchasers in this category.

Richard Grimmett, an international security specialist and author of the study, said that relationships between arms suppliers and buyers continued to evolve “in response to changing political, military and economic circumstances.”

“Where before the principal motivation for arms sales by foreign suppliers might have been to support a foreign policy objective, today that motivation may be based as much on economic considerations.”

While pro-Israel US politicians have in the past voiced concerns about arms sales to Saudi Arabia, Israel’s fears were allayed because the fighter jets would not be equipped with the type of long-range systems that could threaten Israeli soil.

The Obama administration plans to notify congress that it will authorise the Saudis to buy as many as 84 new F-15 fighters, upgrade 70 more, and purchase three types of helicopters – 70 Apaches, 72 Black Hawks and 36 Little Birds – the report noted, citing unnamed officials.

The Israelis were expected to buy a more advanced fighter jet, the F-35, and should receive them around the same time the Saudis are expected to start getting the F-15s, the report said.

“We appreciate the administration’s efforts to maintain Israel’s qualitative military edge, and we expect to continue to discuss our concerns with the administration about the issues,” Michael Oren, the Israeli ambassador to the US, said.

The F-35 is designed to avoid detection by radar and could play a role in any Israeli effort to knock out what it regards as a threat posed by Iran’s disputed nuclear programme.

“The Israeli government is not as vocal as would have been expected, due to their agreement with the US and also because this is aimed at Iran,” Riani told Al Jazeera.

“The Iranians have been expecting developments like this to happen – we have seen them unveiling domestically manufactured weapons to show that they are keeping up militarily – but clearly they cannot.”

Last month, Ehud Barak, the Israeli defence minister, approved the purchase of 20 F-35 warplanes from the US, in a deal worth almost $3bn.

The Saudi deal, which would be stretched out over the next five to 10 years, is the top-line amount requested by the Saudis, even though they are expected to initially buy only about half that amount.