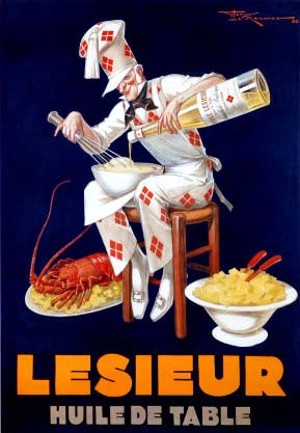 I was in Paris recently, in a park near the Louvre museum enjoying a lazy summer day.  I wasn’t the only one with such a great idea, there were probably a few hundred others enjoying the sunshine– children playing football, kissing lovers entwined on the grass, businessmen on a lunch break…

You can imagine my surprise when I looked up and saw a squad of French infantry troops on patrol through the park, brandishing assault rifles at the ‘ready’ (essentially holding the weapon in a fire position with index finger over the trigger).

The only thing missing to complete the picture would have been Taliban forces and the Afghan countryside.

I was shocked at the display, wondering what possible threat could necessitate sending infantry troops through one of the world’s most peaceful city parks.  Even more, though, I was shocked that no one else seemed to be shocked.

This sort of security charade has become commonplace. Ridiculous and unnecessary shows of force are simply accepted in today’s world; our governments blame faceless, conceptual enemies like ‘terrorism’ and have convinced everyone that such measures are for the common good.

Think about it– when taking public transportation or patronizing public buildings, how many times do you see signs or hear announcements that start with, “Ladies and gentlemen, for the safety and security of all passengers…”

This wasn’t the case 10-years ago. If French troops went marching through Paris in 2000, the whole city would have gone nuts. In fact, consider many of the other ways that the world has changed so drastically over the past 10-years:

1) The endless War on Terror and the rise of police states around the world
2) Elimination of any semblance of financial privacy
3) The bursting of four major bubbles– stocks, credit, derivatives, property
4) Developing nations’ increasing economic dominance
5) The end of America’s economic and diplomatic primacy
6) The greatest global economic decline since the Industrial Revolution
7) Rising world population coupled with food and water shortages
8) Loss of confidence in major institutions: government, banks, corporations
9) The growing, addict-like social dependency on technology
10) Central planning in the world’s most “free” economies

Lying there on the grass in Paris hoping to not get clipped by a negligent discharge, I started thinking about the boiling frog.

The allegory illustrates that when you throw a frog in a pot of boiling water, he immediately senses danger and jumps out. When you put him in cool water and slowly bring it to boil, the frog won’t sense danger until it’s too late.

The changes over any decade are remarkable, but what’s happening now is vastly different.  In the next ten years through this period of dramatic change, your country, your business, your neighborhood will look nothing like they do today.

In the past, the world ran on a system of endless debt and consumption; everyone played a part.  Students would rack up huge debt at university and in turn enslave themselves immediately to corporate jobs in order to service the debt.

For those who got in early and played by the rules, the system was very generous. In exchange for unwavering trust in the system and continued indebtedness, people were rewarded with large salaries, excellent standards of living, soaring investment returns, home price appreciation, health benefits, and generous retirement plans.

In fact, the baby boomer generation, which rode the bulk of this tide, is the most prosperous generation to have ever existed in the history of the world.

Little by little, though, this system has been changing.  We have spent decades living in a period of unsustainable fiscal irresponsibility.  The crisis is accelerating and the consequences are now being realized.

They will even affect the reliability of our infrastructure, utility grids, and food transportation networks, leading to a significant reduction in standard of living for hundreds of millions of people.

Undoubtedly, we have entered what I consider to be the Age of Turmoil– a time that is marked by exceptionally rapid change and fluctuating crises.

Many people will resist the change and instead cling desperately to the old system– the cycle of debt and consumption that provided jobs, stability, and prosperity. These people will have their lives turned upside down because that system is gone forever.

The game as we know it is being reset, and the new rules have not yet been written. For those who are well prepared, this is a time not of fear, but of once in a century opportunity.   During this rough period, the die shall be cast for generations.  Fortunately, we can see what’s coming and there is still a bit of time to act.

You can survive and thrive in the Age of Turmoil and over the next several days I intend to lay out a set of core principles which, when adopted, can shelter you from most of the pain, and position you and your loved ones to reap great rewards.

I sincerely believe this series of dispatches are the most important I’ve ever written so please stay tuned and, even if you’ve never commented before, I’d love to have your feedback on each of these important letters.