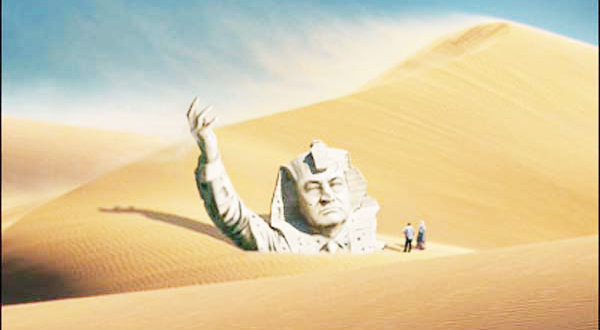 CAIRO: In the last fortnight foreign media have shown increasing interest in Egypt. Their theme: “Change at last?”

The Economist, the British weekly and arbiter of Anglophone liberal opinion, published a nine-article special report on Egypt in its July 15 edition.

“The expectation of a seismic shift is almost tangible in the air,” writes Max Rodenbeck, the weekly’s Cairo correspondent, in the lead article, “and not just because of Mr Mubarak’s health.”

The new generation of Egyptians, Rodenbeck claims, is better educated, more urbanized, and more aware of the outside world than their parents’ generation, which has been relatively passive in the face of 29 years of one-man rule.

“Death in Police Encounter Stirs Calls for Change in Egypt,” reports the New York Times. The German magazine Der Spiegel recently published a long interview with former IAEA chief and reform advocate Mohamed ElBaradei, in which he discusses “the urge for change in his home country.”

In response to the Economist report Al-Ahram Weekly sounded a tired and defensive tone. Gamal Essam El-Din wrote that the British weekly had “pounded on the by now familiar themes concerning the thorny issue of succession and Egypt’s perceived political stagnancy.”

Essam El-Din thought it noteworthy that this issue of The Economist, “which was not especially flattering of Egypt, was allowed to be sold freely on Egyptian newsstands.”

Others have been more skeptical about prospects for change. “Drive for democracy stalls as ElBaradei loses ground in presidential campaign,” read the headline in The Times, the London-based daily, last week.
The article suggests El Baradei’s campaign, begun amid much hype five months ago, has lost momentum. The “non-politician” spends too much time outside Egypt and is not a natural crowd-pleaser, reports Ashraf Khalil, the paper’s Cairo correspondent.

“After growing through the spring, the El Baradei snowball has melted somewhat in Egypt’s summer sun,” wrote The Economist.

It is clear that the widespread coverage ElBaradei has received in western media reflects to some extent his appeal to them, rather than to Egyptians, and the West’s hopes for Egypt’s future.

Claims that western media and policy pundits have a myopic view of Egypt have gained some traction.

A recent conference of experts on authoritarian regimes in the Middle East, held in Barcelona, focused on the question of how a change in Egypt’s leadership would affect its foreign policy, particularly towards the US and Israel.

Their conclusion: “whoever replaces current President [Mohamed] Hosni Mubarak will not be interested in changing the country’s pro-USA stance to [a] hostile one against Washington and Israel,” reported the news agency. Western interests are never far away from discussions of Egyptian politics.

With elections for the People’s Assembly due to take place in November this year — and talk of their boycott by opposition parties — as well as a presidential elections slated for next year, it is normal that the international media should be focusing on the 82-year-old president.

And with a recent flurry of diplomatic activity — in one day he met Israeli prime minister Benyamin Netanyahu, Palestinian President Mahmoud Abbas, and the US special envoy George Mitchell — Mubarak has courted international attention, attempted to undermine rumors about his health, and — crucially perhaps — reaffirmed his position as a reliable ally of the US at a time when ElBaradei has been shuttling across the Atlantic and ingratiating himself with East Coast liberals.

With the relentless focus on Mubarak’s health and the prospects for political change, the column inches lavished by The Economist on Egypt’s economic progress and prospects are a welcome addition to the international coverage.

“By almost any statistical measure Egyptians are far better off than ever before, even though there are many more of them,” the weekly states.
Life expectancy has risen 20 years since 1960; 97 percent of the population have piped water; the country’s share of world trade has started increasing recently; foreign investment has hit record levels; and gross public debt has fallen.

Many of these recent improvements have come about, The Economist claims, because “the government has at last abandoned its old habits of central planning, state-managed capital allocation, high taxes and price controls.”

And yet the political dimension is ever present. Despite this economic growth, “household expenditure surveys show that four-fifths of families have less than $3,000 a year to spend,” writes The Economist. The gap between rich and poor is huge and growing. This inequality, along with poor public services, violations of civil rights, and an obstructive bureaucracy, may rouse Egyptians from their political passivity, the report suggests.

“Predictions of change in Egypt have almost always proved wrong; generally it bumbles along much as usual. This time may just be different.” And that is as much as The Economist, or anyone else, is able to say for the time being.