Putchists in the Shadow of the Coronavirus

While the public’s eyes are riveted on the progression of coronavirus numbers, a profound reorganization of the executive is taking place, giving primacy to senior health officials over policy. In the shadows, bankers and soldiers are agitating in the hope of confiscating power for their own benefit. 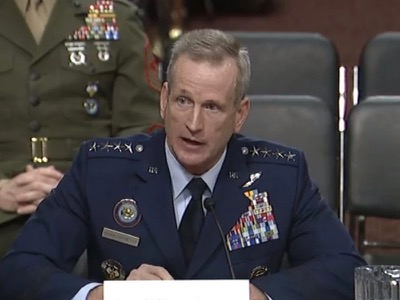 On February 1, US Secretary of Defense Mark Esper instructed General Terrence J. O’Shaughnessy to stand by. On February 13, O’Shaughnessy testified before the Senate Armed Services Committee that he was preparing for the worst-case scenario. In the event of a health disaster, the “Continuity of Government” plan would make him the next dictator (in the ancient sense) of the United States.

The primacy of administrative logic over political logic

Many governments in industrialized countries decided to respond to the Covid-19 epidemic by confining their populations. This strategy does not stem from medicine, which has never practised isolation of healthy people, but from good management of medical resources to prevent a massive influx of sick people so as not to clog hospitals. Few industrialized countries, such as Sweden, have rejected this administrative approach to the epidemic. They have opted for a medical approach and therefore do not practise generalised containment.

The first lesson of the current period is therefore that in developed countries, administrative logic is now superior to medical experience.

Yet even without medical expertise, I have no doubt that millennia of medical experience can be more effective against a disease than bureaucratic recipes. Incidentally, if we continue to observe the current phenomenon, we can see that, at the moment, Sweden has 10 deaths per million inhabitants, while Italy mourns 166 per million. Of course, this is only the beginning of the epidemic and these two countries are very different. However, Italy will probably have to deal with a second and then a third wave of infection, while Sweden will have acquired group immunity and will be protected from it.

This being said, the widespread containment of capital goods not only disrupts the economy, but also modes of government. Almost everywhere, we see the word of politicians fading in the face of that of senior health officials, who are supposed to be more effective than they are. This makes sense because the decision to contain is purely administrative. We have collectively agreed to fight for our hospitals and to prevent disease, not to fight it.

Unfortunately, everyone can see that, contrary to appearances, we have not become more efficient. For example, the Member States of the European Union have not been able to provide the necessary medical equipment and medicines in good time. This is the fault of the usual rules. For example: economic globalisation has resulted in there being only one manufacturer of artificial respirators, and it is Chinese. Tendering procedures take several months before they are available, and policies are no longer in place to override these procedures. Only the United States has been able to solve this problem immediately through company requisitions.

France, which during the Second World War, under Philippe Pétain, experienced an administrative dictatorship known as the “French State”, has already experienced a political takeover by senior civil servants over the past three decades. We then spoke of ENArchie. Identically and without her being aware of it, she deprived politicians of the knowledge of the administration that the accumulation of local and national mandates conferred on them. From now on, elected officials are less well informed than senior civil servants and have all the trouble in the world to control them.

Just as senior health officials suddenly find themselves vested with an authority that does not normally belong to them, so bankers and the military aspire to the same promotion at the expense of politicians.

Bankers lurking in the shadows