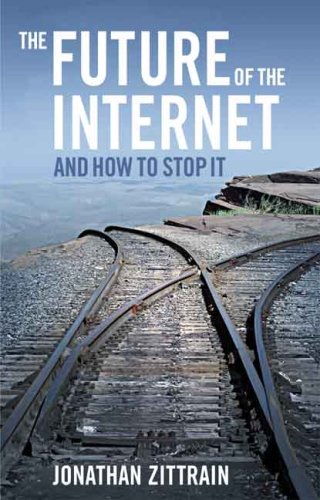 That deafening applause you hear is not from Durham, NC post NCAA, but rather from the MPAA and the representatives of other major content providers on both sides of the Atlantic cheering on what may be looked back upon as the trifecta week that broke the internet as we know it. Three momentous things took place simultaneously this week that combined are more important than most people realize – the Ipad was released, the UK looks poised to pass Debill and a federal appeals court ruled that the FCC doesn’t have the right to regulate broadband, thus possibly ending its ability to enforce network neutrality.

Nail number one. Lots of people went and got themselves an Ipad yesterday, and many in the film industry are debating whether this is a good thing or a bad thing for independent creatives. Big media is rejoicing, as they think this will be their savior – allowing them to put the genie in the bottle and start selling their content to huge profits again. Old world computer geeks can’t seem to stand the closed, one-way nature of the Ipad (consumption), but their grandma’s seem to love it. Indie lovers think that wow, now they can make an application and actually make money for their content, or get their films seen by more people on the Netflix API. I have serious doubts that indies will be served well by these developments. Sure, a lucky few will make cool applications off the API to serve up and charge for their content, but most of us will be stuck where we’ve always been – begging some gatekeeper to get our content onto the most used platforms. More importantly, this is a consumption machine – no USB drive, so you can’t even bring in your own content easily, no camera in front, sanction needed from on-high in Apple HQ, yadda yadda. My personal hope – this is like AOL in the early days. Everyone will flock to the ease of use of the walled garden for awhile and then realize they can do much more outside of it. That’s probably a best-case scenario, because this thing is popular and it’s hard to convince a public looking at something cool that there could be something even cooler than what they have. I can’t blame them, and we’ll see if perhaps this becomes the consumption machine for those things created on laptops, etc., including those creations of independents. In the meantime, the main reason I’m not playing with one is less philosophical – price.

On to nail number two – The UK seems poised to vote through the Debill – the UK Digital Economy Bill, with very little debate. After a public outcry, they finally opened the floor to some debate, but only about 40 MPs showed up for the debate (out of more than 30, I believe) and one MP even said, roughly – that this was the biggest “scandal” of his parliamentary life, but he’d still vote for it. As @Netribution posted on Twitter – “20,000 letters to MPs, Worldwide trending on Twitter, 100,000s of Tweets, yet 40 MPs turn up to discuss” or as Tom de Grunwald (@Anonymoustom )said regarding how many tweets went out about this “it’s as if the entire internet /New Media industry is watching a car crash in slow motion.” What’s the big scandal? What is this Bill you haven’t heard of? In theory, it’s a bill to fight piracy so that the creative industry can flourish. Uh, yeah, right. It gives sweeping new powers to government officials to stamp out piracy, including three strikes rules, major fines, etc. I could debate why this is bad here, but Cory Doctorow does a much better job here, and you can read a somewhat neutral piece about it in the Guardian. My personal favorite is Charles Stross, an author in the UK perhaps puts it best (and this applies to almost every similar measure around the world): “This bill isn’t about securing our creative industries. It’s about fucking the little guys, depriving them of channels to reach their public, and about protecting the cartel of big media organizations who are threatened by the development of the public internet. And it stinks from the head down.” Read the rest of his blog post (entitled: Imbeciles) here.

So, why does this matter to those of us in the US? Because the MPAA and every other trade group will be on the Hill tomorrow with copies of this bill in hand asking for similar laws here. Ugh, the next few weeks to months are going to be sickening displays of big media arguing they are defending little creators, and a smattering of them actually falling for the argument that big media’s wishes are ever similar to indies, with half-brained “solutions” that will cause more harm than good to everyone, except perhaps to themselves.

Nail number three – the decision against the FCC. This case goes back to Comcast, Bittorrent and what they call “throttling” which was essentially slowing down traffic where Comcast didn’t like what was being sent (large files, usually pirated movies, but remember, they might not actually be pirated). The FCC tried to stop this practice in favor of Net Neutrality. Today’s ruling puts net neutrality in jeopardy. As Free Press states on their site today: “The decision has forced the FCC into an existential crisis, leaving the agency unable to protect consumers in the broadband marketplace, and unable to implement the National Broadband Plan. As a result of this decision, the FCC has virtually no power to stop Comcast from blocking Web sites. The FCC has virtually no power to make policies to bring broadband to rural America, to promote competition, to protect consumer privacy or truth in billing. This cannot be an acceptable outcome for the American public and requires immediate FCC action to re-establish legal authority.”

Now, I’m not sure personally that the FCC is the best body for regulating the internet – they can get some crazies on their board from time to time, but as of now that’s all we got. Until Congress takes action (unlikely to be positive thanks to lobbyists) or the FCC comes up with some way to “re-establish” authority, it looks like Comcast has a lot more free reign. Not a good thing, likely, as they take over NBC and most of what we watch and access. Read more about this in Wired and at Public Knowledge. Want to get active in Net Neutrality debates – try here.

How many nails does this coffin have? Ok, I’m being over-the-top on purpose, as it helps get eyeballs and I’m trying to get you thinking about the worst case scenarios. No the internet wasn’t just broken – I’m a pessimist, which means I’m always happy when things don’t go the way I expect them to, but this is a pretty big week already and it’s only Tuesday…