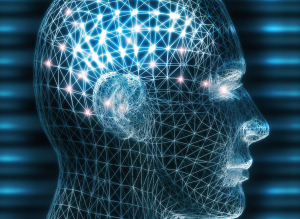 A lawyer for Facebook Inc. said she was “unsure” whether company founder Mark Zuckerberg signed a contract that purportedly entitles a New York man to 84 percent of the world’s biggest social-networking service.

Paul Ceglia sued Facebook and Zuckerberg in state court June 30, claiming that an April 2003 contract entitles him to ownership of most of the closely held company. Ceglia’s lawyer produced a copy of the document for U.S. District Judge Richard Arcara today at a hearing in federal court in Buffalo, New York.

Whether he signed this piece of paper, we’re unsure at this moment,” Facebook lawyer Lisa Simpson told Arcara.

Palo Alto, California-based Facebook, which hasn’t claimed the alleged contract with Ceglia is a phony, has “serious questions” about its authenticity, Simpson said.

The case is the latest challenge to the origins of Facebook, which is worth $24.6 billion, according to SharesPost.com, a marketplace for closely held firms. Facebook’s paternity was questioned in a suit by a group of Zuckerberg’s former Harvard University schoolmates, who claimed he used code developed on their ConnectU project to start Facebook. They settled in 2008.

Today’s hearing was for Arcara to consider a request by Facebook to dissolve a temporary injunction, issued by a state court judge June 30, preventing the company from transferring assets. The parties resolved the issue by agreeing to let the injunction expire July 23. Arcara extended an order staying the injunction until then, which means it will have no effect.

The parties, appearing before Arcara for the first time in the case, also provided new details of their clients’ stories in response to questions from the judge.

“Mr. Zuckerberg did have a contract with Mr. Ceglia,” Simpson said. Zuckerberg, 26, worked for Ceglia as a computer coder, she said.

Facebook claims Ceglia remained silent for more than six years and his claim is probably too old to pursue. Also, Ceglia claims his alleged contract, which refers to “The Face Book,” was signed about nine months before Facebook was founded, the company said in court papers.

Today in court, Ceglia’s attorney, Terrence Connors, produced a copy of the two-page “work for hire” contract that his client said entitles him to control of the social-networking service.

Connors told the judge that Ceglia was a Web designer trying to develop a project called “StreetFax” in the spring of 2003. Ceglia’s plan was to put millions of photos of streets into a database and charge insurers money to access it.

“What he needed was a coder,” Connors told the judge.

Ceglia solicited bids to do the work. The lowest bidder was Zuckerberg, then a Harvard freshman. Zuckerberg said he would do the job for $1,000, Connors said.

“But I’ve got a project of my own,” Connors said Zuckerberg told his client. “I’m developing an online yearbook for Harvard kids now, but I’m thinking of expanding it.”

The contract was intended to cover the coding work on StreetFax and Ceglia’s investment in Zuckerberg’s “fledgling project,” Connors said. “Who knew then that it would turn into what it is today?”

In response to questions outside court, Connors declined to explain why it took Ceglia so long to file his legal claim. He also declined to say whether Ceglia had made any demand for money or for an ownership share from Facebook before suing.

To contact the reporter on this story: Bob Van Voris in New York at rvanvoris@bloomberg.net.