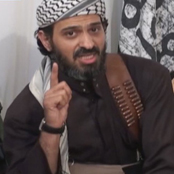 
The terror group’s arm in Yemen is ordering jihadists across the region to ready themselves for a war “by the Jews against Iran” that will spread across the globe, according to a new audio message. Bruce Riedel on the assassinations al Qaeda is plotting to exploit the conflict—and the new threats against America.

Al Qaeda is warning its supporters and sympathizers to prepare for a new war in the Middle East, which it says will pit Israel against Iran. Al Qaeda’s franchise in Yemen, the self-styled al Qaeda in the Arabian Pennisula (AQAP), issued an audio message this month with a lecture by its second-in-command Saeed al Shehri in which he tells jihadists in the Middle East that “what is expected is for the war to begin by the Jews against Iran.” Israel will stage air strikes on Iran’s nuclear installations to start. Shehri expects the Iranian Shia regime to try to take advantage of an Israeli attack on its nuclear facilities to seize the holy cities of Mecca and Medina by blaming Saudi Arabia for helping Israel attack. In turn, the Israelis will seize territory in the Levant to establish “the greater state of Israel.” The Sunni Arab population of the Middle East will be caught between the “Jews in the Middle East and Iran in the Peninsula.”

Iran will attack American installations in the Gulf, encourage its proxies in Iraq and Afghanistan to attack Americans, and engage in a global terror campaign.

Shehri was held in Guantanamo for six years after being caught in Pakistan in December 2001 before being sent back home to his native Saudi Arabia and then fleeing to Yemen to help set up AQAP. He has been a creative strategist for AQAP from its start and was behind the plot to assassinate Saudi Arabia’s deputy interior minister, Muhammad bin Nayef, a year ago that failed only by inches when the suicide bomber tripped at the last minute. In this message, Shehri tells the jihadist faithful that this climatic war will offer many opportunities for al Qaeda and that they should begin planning now how to exploit the conflict. Any sympathizer who has access to Arab leaders like the princes of the House of Saud, for example, should look for a chance to kill one in an act of terror reminiscent of the assassination of the “tyrant Anwar Sadat” in 1981. Any pilot in the Saudi air force or other Arab air forces who secretly supports the jihad should fly his plane into Israeli air space and try to blow up a target by smashing into it. Other practical ways to create terror and mayhem are laid out as well.

Al Qaeda has consistently said a struggle between Israel and Iran can only be good for the global Islamic jihad by blooding two of its enemies and forcing America to side with Israel. But this warning is the most vivid by far and comes with the most explicit instructions on how to exploit a new conflict.

Shehri tells his supporters that AQAP is ready for the next war. He says the “Shura Council of the Mujahedin in the Arabian Peninsula” has held a meeting to prepare for the coming apocalypse and is ready to act. AQAP has demonstrated in the last year that it can reach beyond Yemen to carry out its plans when it dispatched the suicide bomber who tried to blow up Northwest Flight 253 last Christmas. It has been active this summer in attacking intelligence officers of the Yemeni government and in publishing Inspire, the first al Qaeda journal in English on the Internet. General James Mattis, the new commander of Central Command, told the Senate this week that al Qaeda is putting significant pressure on the Yemeni government, already stretched by other internal problems and that there are “signs of decline in the capacity of Yemeni President Ali Abdallah Salih to control the situation.”

So why does al Qaeda want another war? Because it calculates an Israeli strike on Iran will prompt Iran to strike back against not only Israel but also the United States. Iran will attack American installations in the Gulf, encourage its proxies in Iraq and Afghanistan to attack Americans, and engage in a global terror campaign. In Lebanon, Hezbollah will start another war, raining missiles down on northern Israeli cities and towns and provoking Israeli airstrikes on Beirut and maybe even into Syria. Iran might even try to close the Strait of Hormuz and disrupt the global energy market. All this chaos and violence will make America even more unpopular in the Islamic world and open doors for al Qaeda to exploit. In this they are right, another war will be blamed on America rightly or wrongly. Shehri and his boss, Osama bin Laden, probably don’t really know if another war is in the making but they are almost certainly right that if it comes it will be good news for al Qaeda.