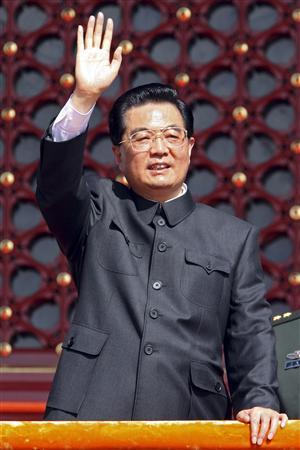 .. cyberespionage to help do that,” says Greg Garcia, assistant secretary for cybersecurity at the Department (ODCI) … nonprofit venture capital firm funded by the Central Intelligence Agency. The new cyberwarfare has become complex enough …

At least three US oil companies were the target of a series of previously undisclosed cyberattacks that may have originated in China and that experts say highlight a new level of sophistication in the growing global war of Internet espionage.

The oil and gas industry breaches, the mere existence of which has been a closely guarded secret of oil companies and federal authorities, were focused on one of the crown jewels of the industry: valuable “bid data” detailing the quantity, value, and location of oil discoveries worldwide, sources familiar with the attacks say and documents obtained by sources show.

The companies – Marathon Oil, ExxonMobil, and ConocoPhillips – didn’t realize the full extent of the attacks, which occurred in 2008, until the FBI alerted them that year and in early 2009. Federal officials told the companies proprietary information had been flowing out, including to computers overseas, a source familiar with the attacks says and documents show.

The data included e-mail passwords, messages, and other information tied to executives with access to proprietary exploration and discovery information, the source says.

While China’s involvement in the attacks is far from certain, at least some data was detected flowing from one oil company computer to a computer in China, a document indicates. Another oil company’s security personnel privately referred to the breaches in one of the documents as the “China virus.”

“What these guys [corporate officials] don’t realize, because nobody tells them, is that a major foreign intelligence agency has taken control of major portions of their network,” says the source familiar with the attacks. “You can’t get rid of this attacker very easily. It doesn’t work like a normal virus. We’ve never seen anything this clever, this tenacious.”

Neither Marathon Oil, ExxonMobil, nor ConocoPhillips would comment on the attacks or confirm that they had happened. But the breaches, which left dozens of computers and their data vulnerable in those companies’ global networks, were confirmed over a five-month Monitor investigation in interviews with dozens of oil industry insiders, cybersecurity experts, former government officials, and by documents describing the attacks

“We’ve seen real, targeted attacks on our C-level [most senior] executives,” says one oil company official, who, like others familiar with various aspects of the attacks, spoke only on condition of anonymity. “I was at a meeting with the FBI earlier this year [2009] that was pretty eye-opening.”

The new type of attack involves custom-made spyware that is virtually undetectable by antivirus and other electronic defenses traditionally used by corporations. Experts say the new cyberburglary tools pose a serious threat to corporate America and the long-term competitiveness of the nation.

“We’ve had friends in the petroleum industry express grave concern because they’ve spent hundreds of millions of dollars finding out where the next big oil discovery will be,” says Ed Skoudis, cofounder of InGuardians, a computer security firm, who was called last year to help a big oil and gas company secure its bid data after its computer network was infiltrated. He wouldn’t name the company. “The attacker would be saving huge expenses for himself by stealing that data.”