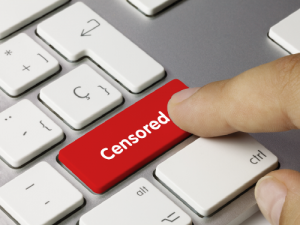 It appears Youtube has taken the ultimate dive into the control matrix where yes, accounts you know of are still there, but you’ll never find anything new, instead you will find only new AI generated content on AI generated accounts that is safely within permitted limits and only regurgitates washed out crap you already know while appearing to provide variety by simply faking it.

Was I told this? NO. But it is awful damn obvious. Aside from Whistlindiesel and Robot Cantina Youtube is now dead to me, you might as well shitcan all prospects of anything else other than MSM bloopers they decide to let live. Youtube was semi tolerable until a few days ago, now it is just a rotten carp.

How could Youtube do this?? EASY: WITH SOUPED UP TEXT TO VIDEO, where all you do is say a sentence and an AI generates a video based around that sentence.

I would bet this tech is so advanced by now that a massive government backed entity like Youtube could generate video on the fly simply based on typed in search terms. You know, a souped up version of this:

Why not run Youtube this way? and monetize it so Youtube does not have to deal with paying anyone once the AI gets good enough to mimic anything. It is probably already there. The NPC’s will never realize anything changed.