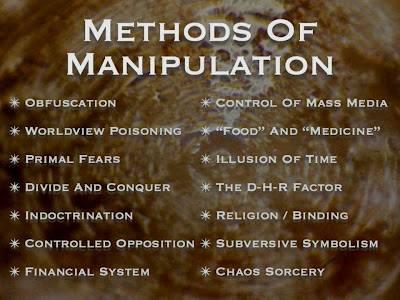 An Act of Pure Evil

When I selected the name of my avatar here on Zero Hedge and began posting comments, then articles when I became a contributing editor, there was deliberate and conscious intent on my part to disturb the cognitive dissonance of the herd. Rarely do we personally grow unless sufficiently prodded with a poker.

My intent with this article is NOT to stick a finger in the wound and cause more pain. Not in the least. But “We the People” have an extremely complex, some might say insane, relationship with murder/death/kill. To put it bluntly, we have been deeply conditioned to believe certain ‘types’ of killing are just and righteous, therefore ‘legal’. More importantly, we believe that just about the only righteous killing can, and must, be conducted by the state and its duly appointed apparatchiks.

To be even more blunt….that’s screwed up. This article illuminates both the state’s, and our, hypocrisy.

WARNING!! Trigger alert. Do NOT read this if you wish to remain comfortable with your belief systems.

This is being written the day after the mass shooting in Las Vegas and it in no way diminishes the horror and suffering experienced by all involved. I cannot imagine what it was like to be watching an outdoor concert and suddenly find myself under fire with nowhere to run and no place to hide.

It was truly horrific, senseless and so very sad. Or as President Trump declared in his morning after address to the nation, this was “an act of pure evil”.

There is no doubt over the ensuing days, weeks and months millions of words will be spoken and written about this singular act of violence perpetrated upon an unaware and unprepared crowd of dessert revelers. From arm chair psychologists such as this author to so called ‘experts’, we will be bombarded with one part insight to every hundred parts nonsense.

No doubt the nonsense will prevail.

I suspect some readers will not take kindly to me going off script so soon after what is being billed as a national tragedy. In my defense, the difference between me and your average sociopath politician is I am attempting to empower the reader by expanding our minds while they are trying to dis-empower the reader via carefully crafted propaganda and cognitive manipulation.

They want you to refasten your blinders while I wish to tear them off.

I absolutely guarantee you nearly every single political leader and wannabe is thinking only one thought at this precise moment. How can I use this situation to my political advantage? You cannot participate in modern day politics and not think in this manner, regardless of how good and honest you might claim to be.

When you swim in the swamp, you employ the same techniques and thought processes as all the other swamp dwellers. At best it is an occupational hazard, at worst an all consuming disease. Unfortunately very few escape with their morals and dignity intact and none succeed in draining, or even changing the flow of the fetid swamp waters.

But this isn’t the purpose of this screed at all. Either we fully recognize, and are repulsed by, the nature of the swamp and those who dwell within while taking concrete and purposeful steps to distance ourselves as much as possible from all that the swamp encompasses. Or we have learned to mostly ignore it, live with it, benefit from it or directly participate in it.

I tell myself I’m somewhere in-between, but that just might be my ego talking.

There are no innocents, only collaterally damaged individuals. But there are plenty who declare ourselves innocent, claiming the Sergeant Schultz defense of “I see nothing, I know nothing and I wasn’t even (t)here”.

I do not dispute the fact that planning and preparing for, and then carrying out, an act of mass murder and mayhem is indefensible and inexcusable. I assume the reader feels the same way I do, that the person who perpetuated this bloodshed with forethought and malice was mentally deranged and possibly even ‘evil’, regardless of the details of motive and method.

Where we might depart the same path is in how we characterize mentally deranged as defined by a nearly equally mentally deranged society. What, exactly, is the difference between a ‘crazy’ individual shooting from the 32nd floor of a hotel into a large crowd of people with conscious intent to kill and a nation’s military lobbing cruise missiles or dropping bombs onto an opposing nation’s population centers, occupied hospitals or upon other so called ‘innocents’ with the same conscious intent to kill?

Now I am absolutely positive the reader’s mind is racing through the thousand and one excuses, reasons and rationalizations we have been programmed with, and conditioned to believe and repeat, in order to justify homicide, murder really, to ourselves and to our peers in the name of ‘war’.

I get it. I understand. I am the product of the same conditioning and propaganda everyone else has been exposed to. But the question remains entirely reasonable and relevant. How is homicide by the state any different than homicide by an individual, whether on a mass or individual basis?

Once we begin to delve into this thorny issue, the next question is why do “We the People” support one homicidal entity while vigorously condemning the other?

Ever notice how violence conducted in an ‘offensive’ manner is decried as wrong and ‘illegal’, evil even, while violence employed purely in defense of yourself and those around you is accepted as reasonable and justified? After all, civilized people know there are rules to follow when conducting war. You can’t have people just killing and maiming each other willy-nilly with no rules, now can you?

This is precisely why all nations frame war, before, during and after, as unavoidable and defensive in nature. And it’s also the reason why nations routinely engage in false flag operations in order to create plausible deniability and justification for homicide in order to gain, consolidate or hold on to power, wealth and control.

I can drop 1,000 pound bombs on your head or direct a cruise missile through your kitchen window, but I can’t use poison gas, exploding bullets or other such ‘illegal’ methods of particularly gruesome homicide. As if being blown into bits and pieces by a bomb or missile isn’t particularly gruesome or horrifying.

The fact remains we can rationalize away anything we wish to justify, first as individuals and then as a herd, by simply framing the discussion in ways that fit already programmed terms and conditions that justify our actions. Helpfully (thankfully, for we as ‘moral’ individuals might balk at doing so) the programming is already determined, then promoted and placed via state sponsored education and later via the deeply influenced, if not outright controlled, state propaganda arm called mainstream media.

All that remains is for us to not only accept it, but endlessly repeat it back to others, the ultimate positive feedback loop of group-think that reinforces both our conditioning and the continuing acceptance of our conditioning. The base message is usually not that sophisticated, enabling infinite modification by each individual so that state sponsored homicide is not only acceptable, but in many situations desirable and even necessary.

Once we are able to shoehorn distasteful nonconforming tidbits into our internal narrative, we sleep better at night. Never underestimate the lengths to which we will go to believe precisely what we want to believe.

So there you have it. One ‘madman’ with several automatics and lots of ammo randomly, and rapidly, shooting at human fish in a barrel is bad, very bad. Of this there is no argument from me. But college educated chisel jaw all American hero pilots dropping 1,000 pound bombs on hospitals or strafing wedding parties is acceptable as long as he or she is following ‘legal’ orders and plays by the rules of war a la legal murder/homicide.

And if there is some unfortunate targeting snafu or human error that leads to collateral damage, well…that’s just the price others pay for our gloriously righteous war against the evil madmen enemy.

I can’t wait to not only hear what the state will cook up to justify the next large scale war, but how it will be framed so you and I can swallow it hook, line and sinker, then order up pizza and beer just in time to watch the fireworks live on CNN.

A spoon full of sugary rationalization helps the ugly murder and mayhem go down. After all we do have to live with ourselves, now don’t we?