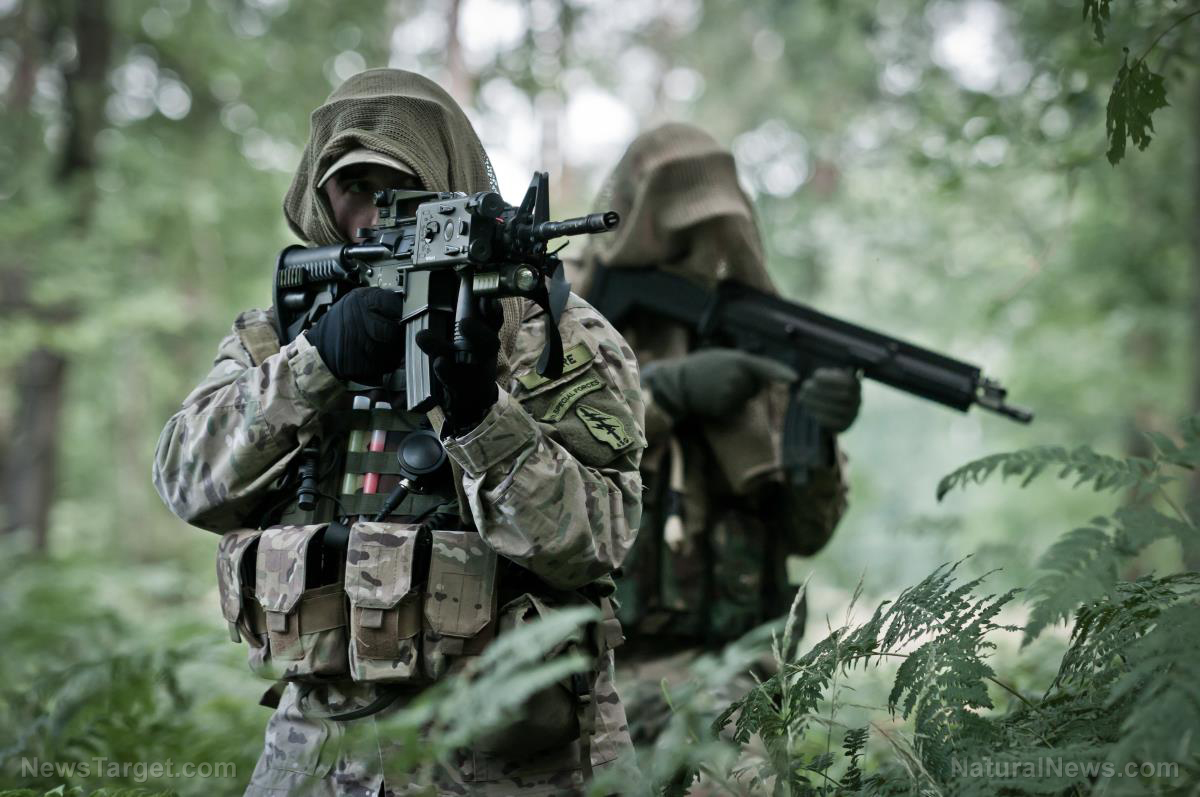 If Virginia’s child-murdering Governor Ralph “Blackface” Northam wants to get a head start on the civil war he’s unleashing in his own state, he had better order around 10,000 body bags for the Virginia State Police and Virginia National Guard troops he will condemn to die in a state-wide civil war, concludes an analysis from several authors, including AmericanPartisan.org writer Matt Bracken.

“…there will be armed resistance,” warns Bracken in his excellent analysis article. “If and when widespread gun confiscation begins, even under the cover of so-called “red flag” laws, or following the refusal of Virginians to comply with gun registration mandates, there will be a civil war.”

Any effort to transform hundreds of thousands of Virginians into instant “paper felons” by criminalizing all the guns they’ve legally purchased over the years will end in disaster for Virginia Democrats and any law enforcement officials who are foolish enough to go along with the Democrats’ tyranny. As Bracken states, law enforcement convoys will be targeted as they attempt to carry out gun confiscation missions:

The geography and topography of much of Virginia means that convoys of police cars and SUVs on gun confiscation missions will be forced to travel through labyrinthine terrain on their way to and from their objectives.

In addition, there are not enough law enforcement helicopters in Virginia to protect these hypothetical columns of police cars and SUVs heading out to confiscate weapons that were perfectly legal for Virginians to own until now. The day that state LE helicopters are used to support gun raids, these helicopters, their bases and their supporting elements will become targets.

“Other than a handful of MPs, none have training for this process. Even if you squint hard at qualifications and add a few others, the actual number of troops qualified to do this is a few HUNDRED at most,” writes Michael Z. Williamson on his blog site. “The National Guard does not keep ammo on hand in any relevant quantities.  A small amount for training is it.”

“To put the maximum numbers of hypothetically available gun confiscators into perspective, remember that Virginia has a population of 8.5 million people spread over 43,000 square miles,” writes Bracken:

But just for the sake of discussion, let’s assume that Northam attempted to enforce his gun confiscation and/or mandatory registration laws, and an armed resistance began. How have previous modern insurgencies fared against government forces? Please consider that from the 1980s until today, the full might of the Soviet and later the U.S. military has not been able to subdue a few thousand rag-tag Taliban fighters in Afghanistan, not even when the counter-insurgency troops were operating from secure fire bases located far away from their homes and families. During a civil war in Virginia, the homes and families of the gun confiscators will be scattered among those whose guns they will be tasked with confiscating. Not a pretty picture to contemplate, particularly in an era when doxing can readily be used as a weapon to identify and “out” perceived enemies. And if resistors are afraid to post the information on the internet, just picture leaflets scattered around a neighborhood identifying the gun confiscators. This would happen. Count on it.

“Congrats, jerkwad!” writes Michael Z Williamson in response to Virginia Dems that are threatening to use the National Guard against the citizens of Virginia. “You’ve actually threatened to have the military repress people, and you’re surprised that they’re going to oppose you? EVERYONE should be opposing you. It’s outrageous of itself, and and outrageous precedent if allowed.”

He goes on to state what we’re all thinking: “Not to put too fine a point on it, but there should be politicians hanging from lampposts over this.”

Williamson goes on to point out that under federal law, Virginia National Guard troops cannot be issued federally-funded weapons or ammunition, meaning the State of Virginia will have to allocate funds itself to arm the murderous troops that are ordered to go door to door, arresting or executing the “Second Amendment terrorists” who refuse to turn in their guns. Most members of the Virginia National Guard, under such circumstances, will find a reason to not show up. As Williamson writes:

If you try to make them do so, most are going to refuse. Good. Because the last time some states took this direction, they got put down hard. This isn’t an earthquake, a foreign attack, or even an out of control football riot. You’re asking to use military force to attack US citizens for code violations.

If by some freak of circumstances you get some small number to do so, people are going to die. Given how many veterans are among the population, and there’s an entire network of retired special operators and CIA types in that area, the mayhem might even be BIBLICAL.

He concludes: “Buy more guns.  Buy them legally. Buy them privately if you can.  Buy more, more, and yet more.”

In your dreams, Dems: 18-man team to confiscate guns across 43,000 acres of rugged country?

According to news that broke earlier today in the Washington Examiner, Virginia’s Governor Northam is requesting new funding to hire a grand total of 18 officers to form a gun confiscation “team.” The budget for this suicide squad? $4.8 million, presumably most of it going to funeral expenses should anyone be foolish enough to actually declare war on Virginia’s gun owners with nothing more than an 18-man team of armed, clueless, jack-booted thugs.

My guess is that these 18 men will last about 18 hours or less, should they try to carry out what Democrats really want.

Perhaps Dems should budget for multiples of $4.8 million, since they’re going to need backup teams, and backups of the backups. Heck, by the time Virginia’s lone hunters are done dealing with these authoritarian, gun-grabbing lunatics, the Governor will need emergency funding for rope cutters to cut down all the traitors who are swinging from lampposts.

The entire point of the Second Amendment is to stop people like Democrat Gov. Northam and his political mafia of left-wing lunatics and treasonous tyrants. And the only reason they want to take all the guns away from the great people of Virginia is because Northam plans to do something the people of Virginia might shoot him for attempting.

Hopefully cooler heads will prevail in all this, but the people of Virginia should not give an inch on gun control. Any restrictions on the right to keep and bear arms is flat-out treason. And that means there are already a long list of treasonous criminals in Richmond who deserve to be indicted, imprisoned and prosecuted for their crimes against Virginia and the United States of America. I keep wondering when the people of Virginia might rise up and go arrest all those traitors, come to think of it…

From all of us in Texas, we send our blessings and cheers to the people of Virginia who are standing against this tyranny. And if it comes to an actual civil war in the hills of Virginia, make no mistake there will be plenty of Texans who will join you in the fight against tyranny. Read more at RESIST.news.