3,000 billion dollars into the bottomless well of Afghanistan

The documents that the Washington Post has managed to make public concerning the war against Afghanistan do not show that the United States have failed to pacify that country. On the contrary, they show that the Pentagon is still faithfully following the strategy of « endless war » elaborated by Donald Rumsfeld and Admiral Arthur Cebrowski. The military operation which was supposed to last no more than a few weeks has been deliberately prolonged for 18 years. 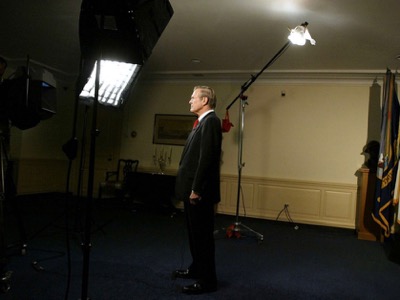 The Rumsfeld/Cebrowski strategy is a plan to adapt the mission of the Pentagon to the globalisation of capitalism. Thus, state structures must be destroyed in several regions of the world, beginning with the Greater Middle East, for the benefit of « constructive chaos ». This is the « endless war » announced by George Bush, pursued by Barack Obama and denounced by Donald Trump.

In the London Declaration [1], the 29 member countries of NATO reaffirmed « the engagement for the security and long-term stability of Afghanistan ». One week later, on the basis of the Freedom of Information Act, (used to empty a number of aging skeletons out of the closets, according to political necessity), the Washington Post managed to force the declassification of 2,000 pages of documents which reveal that « US civil servants fooled the public about the war in Afghanistan » [2]. Basically, they hid its disastrous effects, including the economic effects, of a war which has been dragging on for 18 years.

The most interesting data that emerge are those concerning the economic costs. 1,500 billion dollars have been spent for military operations, a figure that « remains opaque » – or in other words, underestimated – no-one knows how much the secret services have spent on the war, or the real cost of the contractors, the mercenaries recruited for the war (currently about 6,000).

Since « the war was financed with borrowed money », the accrued interest has risen to 500 billion, which brings the total expenditure to 2,000 billion dollars. To this must be added other posts – 87 billion for the training of Afghan forces, 54 billion for « reconstruction », of which a large part was « lost to corruption and failed projects ». At least 10 billion more were spent for the « struggle against narco-trafficking », with the triumphant result of a strong increase in the production of opium – today Afghanistan supplies 80 % of the heroin on the world market.

With the interests which continue to accumulate, (in 2023 they will rise to 600 billion), and the cost of the operations currently under way, expenditure easily overtakes 2,000 billion. We also need to consider the cost of medical assistance for the veterans returning from the war with serious or invalidating wounds. So far, 350 billion dollars have already been spent for those who fought in Afghanistan or Iraq, and this sum will rise to 1,400 billion dollars over the next 40 years. Since half of this sum is spent for veterans of Afghanistan, the cost of the war for the US is more than 3,000 billion dollars.

After 18 years of war, and an unquantifiable number of civilian victims, the results at the military level are as follows – « the Talibans control a major part of the country, and Afghanistan remains one of the greatest sources of refugees and migrants ». The Washington Post therefore concludes that the declassified documents reveal « the brutal reality of the errors and failures of the American effort to pacify and rebuild Afghanistan ».

In this way the prestigious news outlet, which explains the way in which US civil servants have « fooled the public », now fools the public once again by presenting the war as « the American effort to pacify and rebuild Afghanistan ». The true goal of the war in Afghanistan waged by the USA, in which NATO has been participating since 2003, is the control of this region, which is of capital strategic importance – at the crossroads between the Middle East, Central, Southern and Eastern Asia , particularly taking into account the proximity of Russia and China.

Italy is also participating in this war, under US command, since in October 2002 Parliament authorised the delivery of a first military contingent as from March 2003. The cost for Italy, paid from the public treasury, as is the case in the USA, is estimated to be approximately 8 billion Euros, to which must be added various other costs. In order to convince the population, hard hit by cuts in social expenditure, that further sums are necessary for Afghanistan, they are told that the money is used to guarantee better living conditions for the Afghan people. And the Brothers of the Sacro Convento of Assisi handed President Mattarella « San Francesco’s Lamp of Peace », thereby recognising that « Italy, with its missions and its soldiers, collaborates actively in the promotion of peace everywhere in the world ».