The fall of a clandestine empire that has shaped modern history 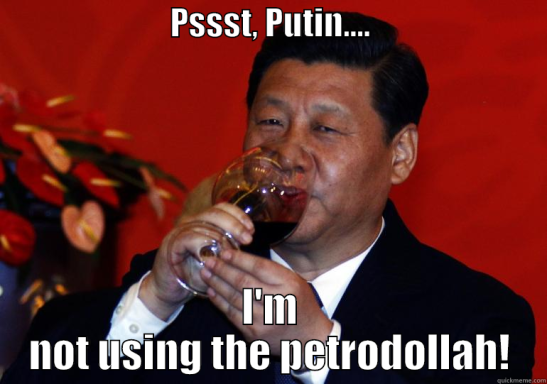 Throughout history we have seen examples of the birth, development and expansion of an empire. Eventually they become too large, unwieldy and like an economic bubble, appear to burst and contract very rapidly, even though it is usually associated with a long period of decline until they become unsustainable and then seemingly collapse overnight.

In simple terms, empires usually collapse because of arrogance, ignorance, self-indulgence and treating the very people who sustain their empire with utter contempt and indifference. What distinguishes the current empire, which is now visibly in free fall, is that to a large majority of people, particularly in the west, it does not even exist.

They have covertly infiltrated every aspect of our lives, creating illusions of choice, freedoms and democracies along the way and yet deftly managed to avoid detection by being figureheads, who are not even in the shadows. Within their hierarchy they compartmentalized the structure to support their operations so well that even within the ranks, it has not been clear what their modus operandi is ultimately trying to fulfill.

Through the creation of corporations, a global financial system, globalization of commerce, creation of organisations to enforce their aims, control of the mainstream media and the infiltration of political institutions they managed to control the shape and destiny of much of the world for decades and beyond. So one might ask, where exactly did it go all wrong and why are they now in free fall and soon to be consigned to the history books?

Whilst we can focus on particular events in history as a pointer to when their bubble burst that rather detracts from the broader more complex reasons why. Arguably the abandonment of the Gold Standard set off a chain reaction resulting in what we see today which is a wrecked financial system and economies. The details of which warrant another article all by themselves.

The alternative media continues to push the idea that the empire is engineering the mother of all financial crashes to ensure they can implement a one world government, currency and army which would be the pinnacle of their aims and objectives. However a brief analysis of what has unfolded in the last decade or so proves that to be totally inaccurate and principally why they are now on the verge of collapse.

There is no doubt that there has been an awakening in humanity to this empire although in real terms that is still a relatively small number in percentage terms. What we can say though is that the birth of the internet had unexpected and deeply damaging consequences for the empire. There is also no doubt that the rise of China and Russia to challenge this empire was a significant contributory factor. However what ultimately was going to be their undoing would be a financial war which they have been engaged in for the last decade or so.

Crucially the financial crisis of 2008 was not engineered by this empire but as a result of reckless unregulated speculation, they permitted, on Wall Street and elsewhere which started back in the 1990s. When the US continued to renege on financial promises it has made to China, they dumped mortgage bonds which caused the sub-prime crisis, which was the catalyst for the crisis of that year. If the empire truly wanted to implode the financial system and impose their one world ideology, that would have been the perfect opportunity to do so then. However what we saw was blind panic as they were literally hours from implosion so they implemented a bailout program designed to save the so called “too big to fail” (TBTF) banks.

For the last 8 years since the Lehman collapse, who were made sacrificial lambs for the “greater good”, we have seen utterly failed Central bank policy, principally relating to quantitative easing (QE) and zero interest rate policy (ZIRP) and negative interest rate policy (NIRP). The whole purpose of these policies was to prop up the TBTFs and the likes of Wall Street. There was zero intention to see any of that fiscal stimulus enter the real economy to create growth, jobs and prosperity. It was merely an exercise in self-preservation even though it was doomed to fail and why their empire is now on the verge of collapse.

We now see the divergence between market illusion and economic reality becoming near exponential. Ironically even within the financial sector there are many who will privately say the game is up but it is all about confidence and preserving the illusion to perpetrate the massive “con” trick being served upon the people of the west, in particular.

What further undermines this illusion that the empire remains in charge and is engineering the next and final economic crash is that in the last eight years we have seen the rise of China and Russia to the point that they are now the dominant players in the world, but not from a US hegemony perspective. They have built an alternative financial platform, signed countless bilateral trade agreements and military cooperation initiatives leading to the birth of a New Silk Road. They have broadened their remit to now dealing with international affairs such as in Syria and accelerated the demise of the dollar as the global reserve currency through extensive de-dollarisation programs. Furthermore, they have undertaken internal economic, political and social reforms to strengthen their own nations. Why exactly would this empire have waited this long to become so weak that it is now unable to usurp China and Russia to fulfill its one world agenda?

There are those who will say that China and Russia are all part of the game as the empire will shift its focus from west to east. To do so would be an insult to the history, culture and dynamism of these nations, especially in the face of extreme adversity. They will and never would succumb to the empire.

The empire ultimately failed because arrogantly they believed they were untouchable. Ignorantly because they believed in self-preservation at all costs and they underestimated the likes of China and Russia. Their self-indulgence allowed their financial system to implode and their contempt for the people who sustain their empire became self-evident to the masses, in spite of them not knowing what exactly this empire is.

The immediate future remains unclear, particularly for western nations, but we are now witnessing the final days of an empire which will be written about with historical clarity but will leave the question in many minds, how exactly did they get away with what they did for so long and why did we not see it?