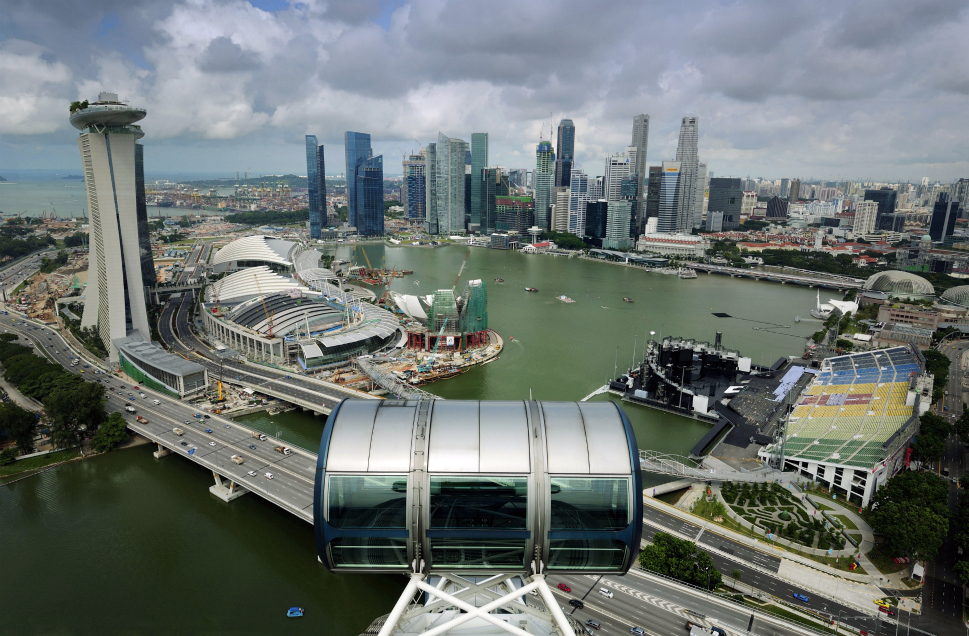 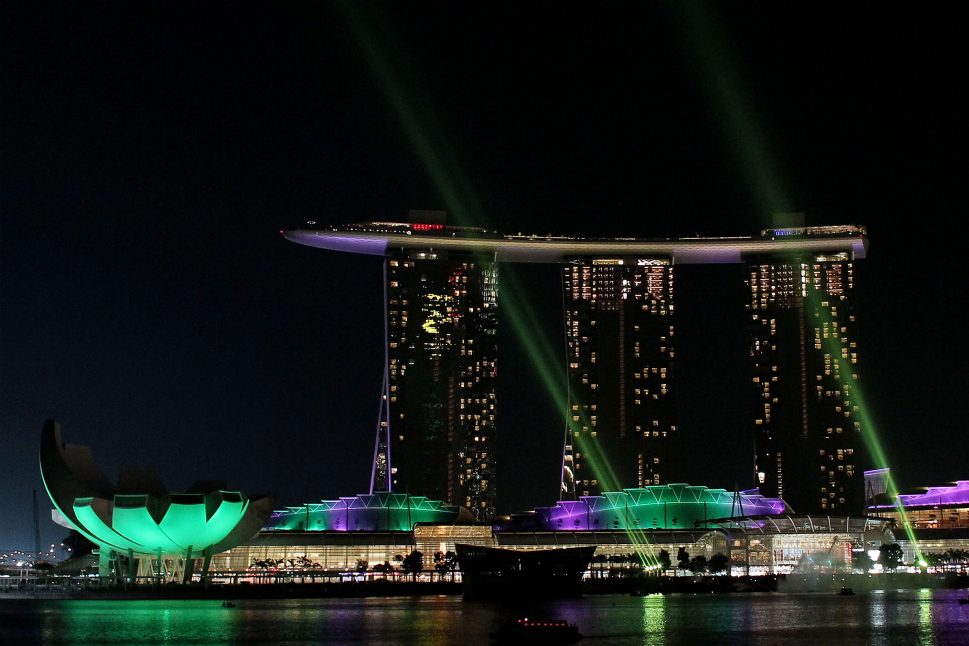 Lee Kuan Yew speaks during the Government of Singapore Investment Corp.’s (GIC) 30th anniversary dinner in Singapore on May 9, 2011

From the epochal to the mundane, the decisions of Singapore’s Minister Mentor Lee Kuan Yew have steered the history of his island nation for more than half a century. But as the political party Lee founded in 1954 seeks to shore up its sliding fortunes with a younger and more politically outspoken electorate, the 87-year-old man regarded as modern Singapore’s founding father has withdrawn from day-to-day governance by quitting his Cabinet post along with Senior Minister Goh Chok Tong, who succeeded Lee as Prime Minister in 1990.

“The time has come for a younger generation to carry Singapore forward in a more difficult and complex situation,” said Ministers Lee and Goh in their joint May 14 letter of resignation. Singapore’s more “complex” situation was mirrored in the country’s May 7 general election. The share of the popular vote for Lee’s People’s Action Party (PAP) fell to a historic low of 60.1%. Moreover, while Singapore has been ruled since 1959 (the year it became self-governing) by Lee’s political party, an unprecedented six seats were won by the opposition Workers’ Party (WP) in Singapore’s 87-seat Parliament — triggering a sweeping reshuffle of Singapore’s Cabinet after the results were announced. Of a total of 14 ministries, 11 will have new ministers in charge. In addition to Lee and Goh, three more ministers will also leave the Cabinet. As a result of the election and its aftermath, many analysts feel the country’s political landscape has permanently changed. In a postelection report, economist Kit Wei Zheng from Citigroup wrote that the WP’s ability to wrest away key constituencies like Aljunied, where Foreign Minister George Yeo lost his seat, may mark “the beginnings of an evolution into a two-party system [for Singapore] over the longer term.”

While Lee has left the government, he will retain his place in Singapore’s Parliament, in which he has sat since 1959, when he was elected for the first time as Prime Minister. As leader, Lee launched sweeping initiatives about his new nation’s future while keeping a watchful eye over municipal activities like tree planting, rubbish collection and water conservation. Some of the laws that Lee enacted regulating personal behavior seemed over the top to some. Spitting on the sidewalks could result in a fine, for instance, and during the 1970s, male travelers in Singapore deemed to have excessively long hair could be barred from entering the country until they got it cut. Yet Lee’s vision of Singapore’s role in the global economy, combined with his attention to detail, was the key to the island state’s eventual success. Former U.S. Secretary of State Henry Kissinger once wrote: “Every great achievement is a dream before it becomes reality, and [Lee’s] vision was of a state that would not simply survive but prevail by excelling.”

Lee’s mettle was tested early. Partly worried that Singapore could be cut off from the flows of Malaysian rubber and tin that were then the bulk of its exports, he steered Singapore into a merger with Malaysia in 1963. Forced to break with his country’s neighbor just two years later, after a series of policy differences with then Malaysian Prime Minister Tunku Abdul Rahman, Lee tearfully broke down as he announced the news on TV. Despite the setback, the episode may have underscored Lee’s determination to lessen Singapore’s dependence on its neighbors by reaching out to the wider world for investment and trade. By the time Lee stepped down as Prime Minister in 1990 to be succeeded by Goh, his Deputy Prime Minister at the time, Singapore boasted one of the world’s busiest ports and was a manufacturing and logistics hub for multinationals like Hewlett-Packard, Seagate and IBM.

Lee’s tenacity and willpower single-handedly converted a once sleepy backwater into a dynamic, first-world economy. Those same attributes governed his relationships with political adversaries. In 1976, Lee sued opposition politician J.B. Jeyaretnam for libel. Lee was awarded damages and costs. Jeyaretnam was eventually elected to Singapore’s Parliament in 1981. More recently, Lee’s combative style has begun to strike an increasingly discordant note in a country where the proliferation of social media like Facebook and Twitter has emboldened younger voters to be more critical of the government. Days before the May 7 poll, for instance, Lee warned Aljunied’s voters they would “live and repent” if the PAP were defeated. Comments like these, wrote Citigroup’s Kit, “were widely perceived to have inadvertently contributed to the decline in the PAP’s performance.” The higher cost of public housing and transport in Singapore in recent years, as well as an immigration policy perceived as too liberal, also substantially contributed to the erosion in the PAP’s share of the vote.

Despite his resignation from the Cabinet, Lee’s shadow will continue to loom large over Singapore. Reflecting in part the influence Britain’s postwar socialist policies had on Lee while he was a student at Cambridge, when he assumed power in Singapore, Lee began to build a vast network of government flats that today houses 85% of Singaporeans. Lee also designed a state-run pension system that underpins public health care and that allows Singaporeans to draw on their savings for private-home purchases. Under Lee’s rule, global companies like Singapore Airlines were set up by the government. And ever wary of his country’s fragile position in Southeast Asia, Lee created an armed force from scratch, requiring every male Singaporean to enroll in the military for a two-year term after reaching the age of 18.

Far more prosperous and stable than it was in 1959, when Lee first swept to power, Singapore may be ready to move beyond his commanding style of governance. Prime Minister Lee Hsien Loong, Lee’s eldest son, acknowledged in a postelection press conference that many voters “wish for the government to adopt a different style and approach.” To what extent Singapore will relinquish or retain Lee’s vast legacy to his country remains unclear. What is more clear is that Lee’s exit from Singapore’s Cabinet marks a turning point for a country whose destiny so far has been so powerfully shaped by one man.