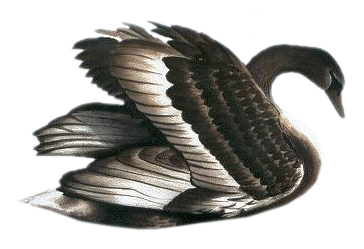 Biggest Risk to the World’s Economy

Decades ago now that I first began stomping around Asia and Southeast Asia in particular… longer actually but I prefer not to age myself. At first it was simple fun and adventure – a pretty girl at my side.

I’d traveled extensively before venturing to Asia so culture shock was not a problem. I’d seen enough weird things in Brasil, South America and others, but quite frankly nothing will appear weird to anyone who’s had the pleasure of commuting the last “tube” aka underground in London.

In Asia foreigners were, and still often are, the ones to watch out for. There are plenty worrisome sorts. They’re easy to spot… Mustache, striped cardigan, bitter about something they’re not able to articulate very well, and a hard drive that would likely be of interest to Interpol.

Mind you, people “running from something” exist all over the world, however they tend to congregate mainly where it’s inexpensive and permissive. Asia offers both. Today I want to talk about what the rest who come to Asia for… the opportunity, driven by what has been happening here economically for the past few decades.

For those readers who have have children you’ll appreciate that when you see them on a day-to-day basis they clearly don’t grow. Nope, they’re just the same. This is how our babies manage to creep up on their parents and suddenly tower over them, leaving them wondering, “when the hell did you get to be up there and why is your voice so deep?”

Extended friends and family on the other had see them growing. “Wow, Johnny you’re a big boy now.” This is what Asia has looked like to me for much of the time I’ve been coming here; returning to cities, even rural districts year-after-year provides this perspective.

The growth is naturally not uniform. Some countries are performing better than others, but the overall trend is as unmistakable..

Fortunes have been made, and are being made, as I pen this. The question that everyone tries to answer is, what does the future hold? Is the growth continuing, is it due for a crash, is it too early, is it too late?

1. The Asian upward mobility has been about manufacturing – peasants moving to goods making and elevating their income 10-20 fold in the process to $2/hr. What happens when the mobility is stopped by robots and 3D printing capping income at $2-$3/hr? Detroit robots are $3 and take no shipping or customs to produce goods, and have no wage burden. A ceiling has formed.
These are good questions to ask ourselves. Robots, 3D printing, these are changing the world in front of us and cannot be ignored. In order for us to try to understand what may happen I think it’s worth looking at similar situations that the world has found itself in previously. The introduction of the car is a good example. People everywhere were terrified that cars and incidentally railroads, would destroy the economy. After all, at the time a large part of the economic activity was tied to filthy, plodding horses. Trains and motor cars had a significant impact on the equestrian industry. How did it turn out?

The horses got off easy and can be found amiably grazing in fields today. The people – they did what people always do… they adapted.

This brings me to education…

One thing that has been rewarding to witness, and surprising at the same time, is the ever increasing level of education I’ve seen in Asia. Asian kids as a whole are really, really dedicated to learning. As a father of young kids it’s somewhat daunting because I know what my kids are going to be up against. Asians are hungry and eager. Singapore and South Korea lead the charge in this, and while I personally think they’re quite over the top with the way they go about it, that’s a discussion for another day.

There are no concepts of “expectation” like that found in the West. Without education, peasants moving into roles now filled by robots is certainly problematic. What do these peasants do that a robot cannot?

It’s impossible to tell the future much in the same way that determining what the landscape would look like as the Industrial Revolution took hold in the late 1700’s was impossible to determine. What I do know is that the growth of the Asian middle class is rapid and accelerating, and with it increasing levels of education. The other thing I’m cognizant of is that robots affect everyone on the planet. Robots in Detroit affect wages and employment in that city. They affect the pricing of goods produced by those robots, yet this has an impact worldwide. We’ll discount subsidies and tariffs for the moment just to play out my thinking on this. The large and swelling middle class wants to live in their own culture, with their own families, and they’re willing to sacrifice higher pay overseas for these pleasures. The way I see it robots affect them in much the same way they will affect the rest of the world. Flexibility and education are key to who succeeds in a world with additional technology that replaces menial labour.

Here’s another point that same reader shared with us:

2. Oil is in free fall. There is potential for $25-$40 oil. Since this is the lifeblood of both energy (machines) and raw material (plastics, animal feed, all commodities that require extraction), this is potentially massively deflationary. If we see oil go in a race to the bottom, every company is looking at a well and saying well, whatever I get is better than the next guy getting that dollar… The Saudis have made clear they are going to pump, regardless of price. For Asia, energy they need gets cheaper, but there are even fewer dollars to buy their goods.
Oil is much more a political commodity than anything else I can think of. I agree that the above scenario would be deflationary and this would impact globally. With respect to domestic demand there may well be bumps along the way but on a relative basis I think my money is better parked where the long term trend is in my favour, as indicted by the graph below.

While we’re speaking of risks, there’s another risk that we should all be aware of: CHINA.

China already is, and will almost certainly continue to be a major force to be reckoned with. BUT right now there is clear evidence that there is a massive credit bubble in China. My friend  wrote about this here. If you’ve not read the article, and even if you have, I strongly recommend revisiting it to gain a better understanding of the massive problems, and coincidentally the opportunities for profit.

Chinese banks are in huge trouble. Their loan books are brimming with assets which have questionable value, and the shadow banking industry in China is larger than any other country I’m aware of, having grown at completely unsustainable rates, quadrupling in size since ’08.

I’ve never seen credit growth of that magnitude NOT accompanied by irresponsible lending. Fraud is rampant and we’ve already seen some high profile cases with banks losing hundreds of millions of dollars. These are large, well resourced institutions who themselves have come out saying they have little idea what is going on. My friend  likes to say that you have more chance of figuring out a Chinese balance sheet by reading a fortune cookie than looking at what is presented to you.

As the economy turns down much of this will not be able to be swept under the rug. Falling demand in China will likely be accompanied by increasing capital flight. How this plays out I’m not sure. Does it flee, as it has been doing, into Singaporean, Australian, New Zealand and Hong Kong real estate?

Does a crisis of the magnitude some expect cause the bond markets to wake up to the very real debt problems the world is facing? In other words, is this a catalyst for the end of the world’s largest bubble?

“Risk is what’s left over when you think you’ve thought of everything . and then one day the Black Swan “