Are These the 12 Types of Millennial s ? 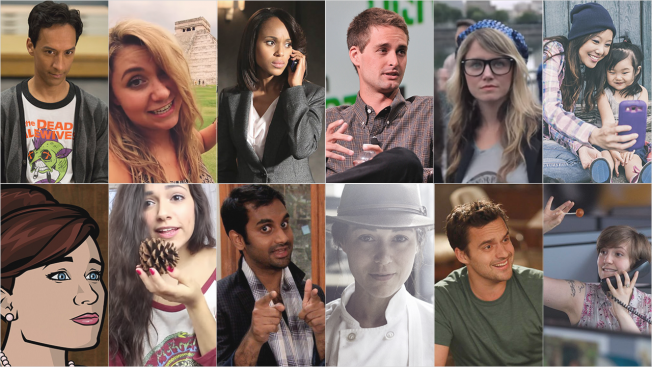 But is it better or worse to try to carve the 18-34 age group into smaller segments? Would it highlight the diversity of a widely divergent generation, or just amplify stereotypes?

It’s a problematic mission, to be sure, but digital advertising network Exponential felt it was up to the task when it defined 12 millennial subgroups that marketers should know. At the recent Advertising Week in New York, researcher and Exponential vp Bryan Melmed presented the findings from his team’s data analysis of 4 million young adults.

You probably know if you’re a millennial, but what kind of millennial? A Boss Babe? A photo-sharing Exuberant? A fap-happy Brogrammer?

According to Melmed’s research, each group is largely defined by its reaction to three major forces: the economy, globalization and social media. Those, combined with an array of other experiences and lifestyle choices, have led to the emergence of these 12 millennial groups: Who they are: Assertive, professionally focused women. Who they are: Fist-bumping, hard-partying male tech pros.

What Melmed says about them:  “They are trying to push themselves as hard as they can. You also see them suffering for their lifestyle, young people with back pain and insomnia.” Who they are: Career-stalled, coupon-cutting recent graduates struggling to live in desirable urban areas.

Defining traits: College-educated, independent from parents, stuck in low-paying jobs and cramped apartments with too many roommates.

What Melmed says about them:  “Most millennials right now, for lack of a better word, are screwed. Their dreams have been canceled. They’ve done all the right things, but they’re more or less stuck in an economic purgatory.” Who they are: Unemployed millennials with impractical degrees or no college education whatsoever.

What Melmed says about them: “Many can’t afford college. It will take them 10-15 years at least to recover the lost ground, and that’s if they started today. Each month of unemployment creates a wider gap in their résumé, and many economists fear they have the makings of a permanent underclass.” Who they are: Hipsters and others who fetishize blue-collar traditions or have returned to their childhood pastimes for comfort.

As illustrated by: Pretty much every character on Portlandia.

Defining traits: Fascination with old-school hobbies, brands, games and approaches to personal grooming. A fetishization of traditionally blue-collar activities. Seek comfort in nostalgia, such as buying canned spaghetti after a breakup.

What Melmed says about them:  “All millennials are finding a bittersweet refuge in nostalgia. They’re drinking not their father’s liquor but their grandfather’s liquor. They’re bowling.” Who they are: World-traveling (but frugal) wanderers looking to explore the more obscure parts of the globe.

Defining traits: Insatiable wanderlust, not very affluent, guided by smartphone and reviews from fellow travelers, likely to speak multiple languages, interested in global sports and entertainment, and feels like a citizen of a borderless global culture.

What Melmed says about them: “They’re exploring countries that my generation (Gen X) and previous generations never would have dreamed to go to. Travel has become very, very safe. You have everything you need in your hand, including maps, a translator and a sense of safety.” Who they are: Adventurous foodies whose busy lives leave them more focused on local exploration than traveling abroad.

What Melmed says about them:  “It’s not so much about the food as the experience. Dining out is an event.” Who they are: Constant social media content creators largely defined by the image they project.

What Melmed says about them: “They take pictures everywhere. They blog everything. They feel they’re out to experience everything life has to offer.” Who they are: Digital listeners who browse and absorb social feeds without creating content of their own.

Defining traits: Frequent perusing of social media without posting, discovering experiences through posts by Exuberants, typically introverted, often lack the time or resources to enjoy new experiences in person. Despite the selfie-prone stereotype of millennials, most are actually Collectors.

What Melmed says about them: “Really they’re just sitting there assembling experiences vicariously. When you are bombarded with images from all the people you’ve ever known and people you’ll never meet, the sense of your own experience inevitably becomes more diluted.” Who they are: Emotionally uncertain millennials paralyzed by an abundance of too many possible life choices.

Defining traits: Severe student loan debt (OK, so maybe Cheryl’s not the best example), helicopter-parent upbringing, inability to choose anything from lifestyle purchases to career opportunities, and a tendency to pursue a wide range of religions and spiritual identities.

What Melmed says about them: “Generally, having options is a good thing. But having too many options can be paralyzing. Thanks to social media, the challenge to choose is amplified for the millennial generation.” Who they are: Self-curated content creators who make all things crafty and stylish look easy. Think of them as more approachable Martha Stewarts for the millennial era.

Defining traits: Similar to Exuberants but more selective in their output, focused on niche areas of expertise and generally more likable than tastemakers of the past. Thanks to the digital fragmentation of media and audiences, many of these “queen bees” can coexist without conflict.

What Melmed says about them: “Millennials bookmark to privately gather and filter inspiring ideas, which they can use to help define their identities, then use social media to share this image. From an outsider perspective, this makes their image appear authentic and effortless.” Who they are: Healthy, active and socially conscious young moms. Of women born between 1980 and 1995, 46 percent are now moms.

Defining traits: Very active across multiple social networks, high purchase power thanks to frequency of working moms (71 percent), feel socially pressured to “have it all,” very focused on health and prefer fast-casual dining to fast food (Chipotle over Taco Bell).

What Melmed says about them: “Our data shows that they express greater interest in DIY, fitness, home and décor and healthy eating when compared to their nonparent millennial counterparts. What may be unnerving is that there’s no expectation for Millennial Dad—no consensus on what he should do, and even little sense of men changing in a significant way as they become parents.”

As a pretty substantial caveat to his findings on these 12 groups, Melmed noted that lumping together millennials in any way can be an impossible task, though he’s confident these categories will help marketers understand the substantial differences of this age group.

“Millennials as a generation are the most diverse and the most heterogeneous of any we’ve seen before,” he said. “Millennials have less in common with each other than any generation before them. They’re wildly different.”