15 years since Viagra first hit the market, changing the world of male sexual health — and the world of cringe-worthy commercials — for good.

Since then, numerous other sexual function drugs for men have been approved, but none for women. Two campaigns, #WomenDeserve and eventhescore.org, have been fighting for that to change. The video above, a Viagra parody commercial and part of #WomenDeserve’s campaign, cheekily presents its claims of disparities for men and women seeking treatment.

But in an LA Times op-ed published late last week, two prominent professors argue that the campaigns are using the language of equality to misconstrue the truth about female sexual dysfunction — and hide the campaigns’ ties to the pharmaceutical industry. The op-ed reports that both sites were developed by Sprout Pharmaceuticals, which has been seeking FDA approval for its female sexual dysfunction drug flibanserin.

The authors, Ellen Laan from the University of Amsterdam and Leonore Tiefer from NYU School of Medicine, have reignited a debate that gained national attention in late October when the FDA held a heated two-day summit on female sexual dysfunction. The professors write, “The drugs for women didn’t work and were unsafe. Not approving them isn’t sexism, it’s proper regulation.”

Yahoo Health reviewed #WomenDeserve’s Viagra parody video with several experts in the field and had them weigh in to set the record straight on some exaggerated claims the video makes.

The claim: ”A biological lack of desire to have sex negatively impacts 1 in 10 American women.”

Low sexual desire can be caused by medical reasons, yes. But there are also many nonmedical reasons for it — and no evidence to suggest that 1 in 10 women are biologically wired to be disinterested in sex. “There’s nothing clear-cut that’s pointing to only medical issues or mostly medical issues, and there’s certainly no test that would be able to diagnose somebody as that,” said sex researcher Debby Herbenick, PhD, Associate Professor at Indiana University and author of The Coregasm Workout. “One in 10 anyway would be based on survey data, that’s not assessing anything biological.” 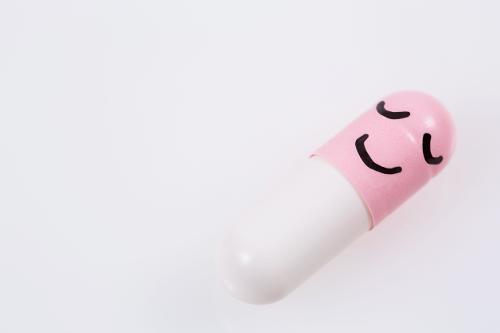 The claim: ”1 in 10 women suffer from sexual dysfunction with distress.”

By “distress,” researchers mean, “Is this a problem for you?” It’s an important follow-up question, since many people who report sexual problems don’t say their feelings (or lack thereof) are particularly troublesome.

The one in 10 figure is generally accurate, but by no means conclusive. Statistics vary widely depending on the group of people surveyed and the definitions used. A study in JAMA Internal Medicine found that about 8 percent of American women ages 30 through 50 had low sexual function that caused them significant distress. A similar study in the journal Menopause surveyed roughly the same age group and found that 14 percent of women reported bothersome low libido.

The claim: ”[There are] 26 drugs already approved by the U.S. Food and Drug Administration marketed for the treatment of male sexual dysfunctions and zero for women.”

Not quite. Seventeen of the drugs the campaign counted are types of testosterone, which the FDA has not approved to treat sexual dysfunction and has been criticized for its health risks and overuse, Laan and Tiefer wrote.

Plus, there are medications approved to treat sexual dysfunction in women. “There are lots of drugs for treating pain during sex and vaginal dryness — it’s not like we have nothing out there,” Herbenick told Yahoo Health. Sexual dysfunction doesn’t only include desire and arousal, but also things like lubrication and discomfort, she added. “But for some reason when this 26-0 campaign was created, they suddenly made the definition of sexual dysfunction very different, and I think that’s just disingenuine and misleading.”

Herbenick also underscored that there are no sexual desire drugs for men or women currently on the market.

The claim: ”More women than men suffer from sexual dysfunction.”

This is true, although the rate of sexual dysfunction in men is also high. Research in BMJ reported that 35 percent of men and 54 percent of women reported at least one sexual problem that lasted at least one month during the past year. And among men and women who reported sexual problems, women were about twice as likely to avoid sex because of the issue. The most common problem among both women and men: lack of interest in sex.

Related: Think Beyond the Pill: 4 Contraceptives You Should Consider

If you’re having trouble with low sexual desire, the pink pill of the future isn’t your only chance to get your mojo back. Exercise, mindfulness training, and talk therapy all have some evidence showing that they may boost libido.

“There are likely to be a number of different strategies that work,” Herbenick said. “Even if we do find a drug—and probably one day we will, it’s not going to fix it for everyone. Viagra doesn’t fix it for everyone. There are always going to be women who have arousal and desire issues and need something in addition to or instead of medication. We all need to be open to trying different things.”