Analysis: Why Assad can have confidence in his survival 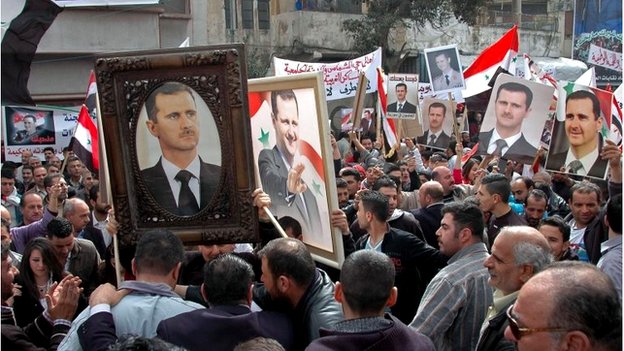 It is now the working assumption of most observers and analysts, Western diplomats who have toiled to dislodge him, and even some of the more realistic elements among the Syrian opposition.

The reason is simple.

Unless some of the elements in the equation change radically – and there is no sign of that happening in the near future – there is no foreseeable set of circumstances that would exert sufficient pressure on Mr Assad to stand down, or the regime to negotiate its own demise.

Equally, military victory by the fractious and feuding rebel groups is now a distant dream. Some of their regional backers may still want it, but the Western powers which pull many of the strings behind the scenes never did anyway.

A negotiated settlement is just as remote.

The Geneva talks, which began in January and nosedived in February, are dead in the water.

In the current configuration, the only feasible settlement would require the opposition and their backers to accept that Bashar al-Assad and his power circle remain in place with some cosmetic reforms, something the rebels cannot do without negating their own raison d’etre. 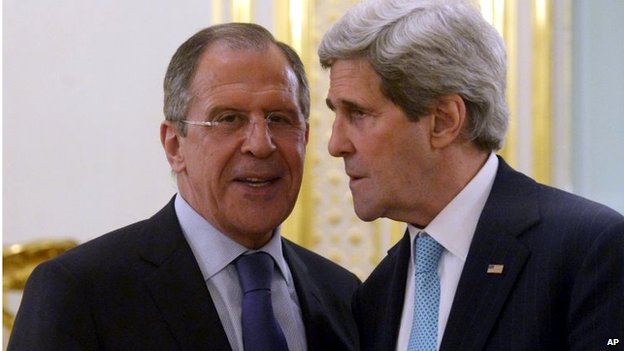 The crisis over Ukraine has created an extra layer of complexity in trying to end fighting in Syria
Anything else would require strong external pressures on the regime to make serious concessions, less likely now than ever because of the breakdown in entente between Washington and Moscow over Ukraine.

That crisis has given the Russian President Vladimir Putin strong motivation to assert himself against the Americans over Syria rather than go along with them.

The pressures on Mr Assad are now so light that he is preparing to have himself re-elected for another full seven-year term, rather than opting for a compromise two-year extension, an idea kicked around a few months ago when diplomacy was active.

At the weekend, he said the crisis was turning around, because of advances scored by the army as well as “national reconciliations”, a reference to the local truces which have partly pacified some of the Damascus suburbs after rebel-held areas had been blockaded to choking point.

But none of this means that outright military victory is within sight for the government either.

The most likely prognosis, as Hassan Nasrallah said, is for a prolonged war of attrition if the rebels refuse to come to terms with the government, as is likely.

For the moment, the conflict has settled into a kind of unstable stalemate, with the balance tilted somewhat in the regime’s favour thanks to its unchecked use of its air power, a generous flow of military supplies from Russia, and much help from Iran and allied Shia fighters from Lebanon and Iraq.

More than 140,000 people have been killed since the war started in 2011
President Assad himself, according to a visiting Russian official, predicted that “the active phase of military action” would be finished this year, and that it would then be a question of “fighting terrorists and suicide bombers”.

That may be tinged with wishful thinking. But the government has been steadily consolidating its control around Damascus and core areas in western and central Syria, despite rebel penetrations in the far north, control in the east, and much fighting in the south.

“If present trends continue – and there really is little to suggest they will not – then the regime will be in a dominant position and in effective control of a critical mass of the country by the end of 2015, if not sooner,” wrote analyst Yezid Sayigh of the Carnegie Endowment.

So it may not be fanciful to imagine a future where resistance to President Assad is reduced to outlying areas such as the far-flung eastern marches where the extreme militants of ISIS – the Islamic State in Iraq and the Levant (also known as ISIL) – have been consolidating their presence, which straddles the Iraqi border.

It is a pattern already set by Iraq, with ISIS, Sunni disaffection and Iranian support for the central government, as common factors.

It is a startling turnaround. Many observers – including this one – who barely 16 months ago believed the collapse of the regime under rebel pressure was imminent, have had to eat their words.

Will we be doing the same again 16 months from now?

It seems unlikely, on current form. 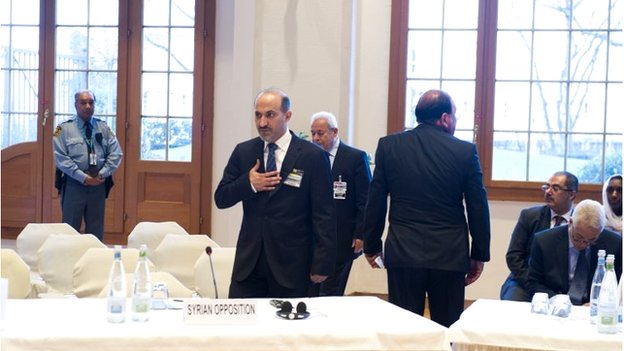 Syria’s opposition has never been able to present a united front
President Assad’s backers – principally Russia and Iran and its allies – proved far more solid, consistent and forthcoming than the motley crew of Western and regional powers supporting the opposition and the rebels on the ground. That will not change.

The regime itself and its armed forces remained solid and cohesive, in contrast to the endemic bickering afflicting the never very credible opposition leadership in exile and the chaotic free-for-all prevailing among a myriad of rival rebel groups on the ground, with Islamic radicals increasingly to the fore.

Theoretically that could all be turned around, but it would take a radical reversal of everything that has happened over the past three years.

The opposition political leadership would have to unite and become credibly representative of the real forces inside the country. A centralised and authoritative military structure would have to be established, unifying, commanding and supplying rebel forces on the ground.

Radical groups linked to al-Qaeda would have to be isolated and suppressed. The Western powers, Turkey, Saudi Arabia, Qatar and other opposition supporters would all have to be pursuing the same coherent agenda, not just their own.

At the moment, that prescription looks like pie in the sky.

Western reticence
But in the absence of those conditions, it is hard to imagine the Americans and others giving the green light for a serious infusion of the kind of quality weapons – such as MANPAD anti-aircraft missiles and much more – that the rebels need if they are to stand a chance of tilting the balance back in their favour. 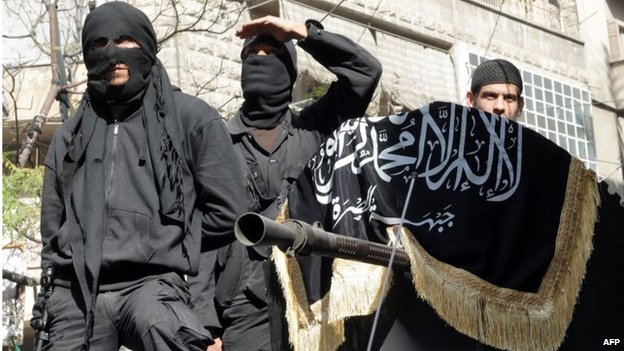 Western powers fear advanced weapons falling into the hands of extremist groups
For now, there is no sign of such unity of purpose. Increasingly, the Western powers seem to view the Syrian crisis through the optic of counter-terrorism, haunted by the fear that quality weapons will fall into the hands of militant jihadists, and that hundreds of trained, battle-hardened and indoctrinated Islamist radicals from their own nations will head home with evil purpose.

It is not just a question of ISIS, which has alienated other rebel groups by its extreme behaviour and is seen by many as manipulated by the regime, but also factions such as the official al-Qaeda franchise, the Nusra Front, which is much more deeply embedded in the core of rebel activity, where many Islamist groups predominate.

So the best bet is that the Americans and their allies will continue to ration cannily their support to the armed rebels, giving them enough to keep afloat and prevent a collapse, but not to turn the tide decisively against the regime.

The rebels’ fate is perilously hostage to the vacillations of Western policies and the vagaries of regional politics, such as the current row between Qatar and Saudi Arabia.

Their position could be severely undercut in the event of, for example, a rapprochement between Iran and the Saudis, which is being explored.

Price to pay
All of this does not mean that President Assad is there to stay forever.

He may be confident that the worst of the storm has passed. But it is not yet over, and the damage it has wrought will transform the country. The clock cannot be turned back.

Once the heat is off, there may be a reckoning from elements currently loyal to the leadership who have paid a high price for its brutal blunders.

There has also been a fragmentation and devolution of power on the ground in loyalist areas, which may make it hard for Damascus to reassert itself in the old manner.

Provided the overall strategic balance remains undisturbed, the key outside allies that have sustained the regime, notably Russia and Iran, may also – as they have often said – prove not to be wedded to the person of Bashar al-Assad once the pressure is off.

“But we do not subscribe to the idea of using extremist forces and terrorism to topple Assad and the Syrian government.”

But all that may lie in the future. For the moment, Mr Assad and his entourage may be excused for feeling that they can breathe easy.