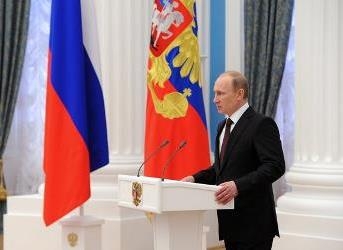 Following Russia’s annexation of Crimea and Sebastopol last month, Western leaders have been pondering how to get back at Moscow for its actions without starting a new world war. The situation is what the Brits may describe as a sticky wicket.  They want to get back at Russian President Vladimir Putin but at the same time they don’t want to upset him too much seeing that he controls much of the oil and natural gas that flows to Eastern and Western Europe via a number of pipelines.

The options available to punish Russia for its actions are really quite limited when you think about it. Direct militarily action is –thankfully– out of the question and while economic sanctions will bother the Russians it is not going to bring about a change of mind, a change of heart or a change of policy any time soon.

A few Congressional leaders on Capitol Hill have suggested to start tapping into the US strategic oil reserves and help bail out a number of European countries that remain heavily dependent on Russia –such as Ukraine– for much of their oil and/or natural gas.

While some of the petrochemical products needed to warm homes and businesses in Europe originate in Russia, much of the rest that originates in Central Asia and the Caspian region transit via pipelines in Russia and Ukraine as they make their way to markets in Western and Eastern Europe.

No doubt much of what Western leaders have suggested either publicly or privately is filled with good intentions, such as releasing some of the federal strategic reserves. That however remains highly unrealistic as it would take at least three to four years to transport enough energy needed to sustain Europe’s needs, by which time much of northern Europe would have frozen to death.

So what is the answer?  Where lies the solution? For the moment nobody really seems to have an answer, let alone the correct answer. Which of course gives Russia the advantage as for the moment Moscow holds all the cards and it knows this full well.

Indeed, it will take several years for Western nations and NATO to re-organize and adapt to the new threats posed by Russia’s new foreign policy. Since the end of World War II and into the Cold War that followed, until the fall of the Berlin Wall the North Atlantic Alliance had trained to counter an enemy in a conventional war in Europe. Today’s political reality offers a very different picture, and one where NATO is ill-prepared to deal with.

President Putin now has two new weapons which in some ways frightens some of the old Soviet republics and the Europeans even more than conventional and nuclear weapons: One of Putin’s new weapon is nothing more than a Russian passport which Moscow is so willingly delivering to those claiming Russian ancestry in the countries on Russia’s periphery. Although it was not Russia that started the fight a few years ago, it was under the guise of coming to the rescue of ethnic Russians that Putin sent his troops into South Ossetia and Abkhazia, two break away republics in the former Soviet Republic of Georgia. And last month when the Russian president sent his forces into Crimea, It was again to protect the rights of Russian citizens living in that province.

And more recently there have been several reports that Russian consulates have been issuing hundreds of passports to Armenians living in Georgia.

Putin’s other weapon of course is his control over the flow of oil and gas. 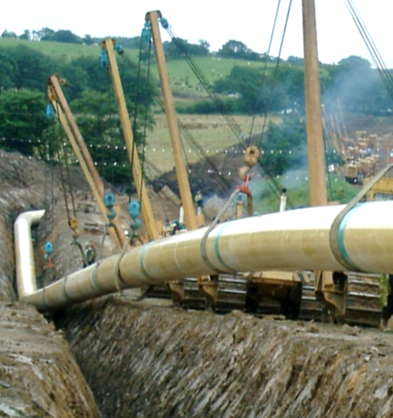 Very likely it will be a number of years before any concrete action can be organized in such a manner that would force Moscow to reconsider its new policy. In the meantime however that will give Putin the time he needs to implement some of his new policies. Particularly as he holds onto the quasi monopoly on much of the natural gas deliveries to the West during which time the most damage that can be afflicted on Russia and President Putin’s new policies will be highly symbolic more than anything else.

Try as they may the best that Western leaders may end up resorting to this: imposing sanctions that would have little no effect on Russia. At the end of the day the West may have to content itself to such symbolic gestures such as the closing of McDonald’s restaurants in Crimea. Now that will really get Putin to reconsider.