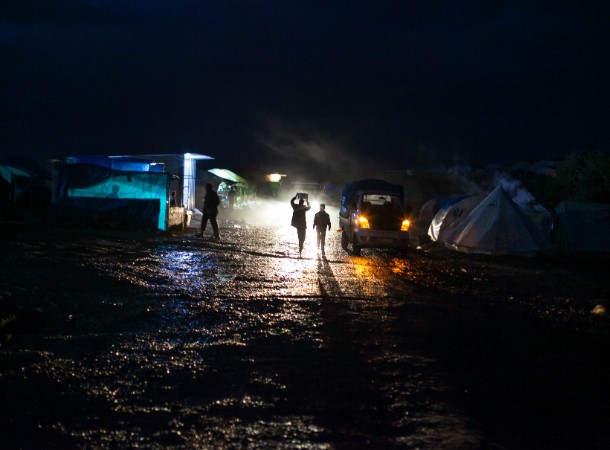 In Syria, there is now a war within the war.

After months of latent clashes (and a common enemy), anti-Assad rebels and al-Qaeda militiamen have entered into open conflict. Shocked by the abuses committed by the extremist Islamists in zones under their control, and fearing the increasing power they have over the insurrection, the major Syrian armed rebel groups launched a series of attacks Jan. 3 against positions on Da’ish, the Arabic acronym of the Islamic State of Iraq and the Levant (ISIL) — the incarnation of al-Qaeda in the Middle East.

This offensive may however turn out to have arrived too late to contain the rise in power of transnational jihad in the region. The same day, a few hundred miles to the east, in Iraq, Da’ish fighters, at war against Shiite Prime Minister Nouri al-Maliki’s authoritarianism and sectarianism, took over Fallujah and several areas of Ramadi, the two main cities of the Sunni Anbar province.

In the climate of hatred between the two major branches of Islam, ratcheted up by the Syrian civil war, the ISIL has made a powerful comeback in the country where it was founded, in the wake of the American invasion in 2003, under the name of “Islamic State of Iraq.”

It is even possible that this organization may be gaining a foothold in Lebanon, seeing as it claimed responsibility for the car bomb that killed five people on Jan. 1 in the Beirut suburbs, the fourth bombing committed against the Lebanese capital’s Shiite zones since the beginning of last summer.

“A crescent of crisis is starting to emerge, from Iraq to Lebanon, and testifies that the Syrian tragedy is spilling over into the region,” says Peter Harling of the International Crisis Group. “This is a crescent composed of a multitude of conflicts interlocking with each other, with a very strong denominational aspect, even though the current conflagration cannot be fully reduced to a Shiite-Sunni conflict. All these crises are taking advantage of the undermining of state structures, the vanishing of borders, the cross-pillar activity of companies and the American withdrawal out of the Middle-East.”

In Syria, the war against the ISIL, which has already killed several dozen people, broke out after residents living around Aleppo accused certain members of the organization of having killed a doctor. Established mostly in the north, the group, made up largely of foreign fighters, soon antagonized the civilian populations because of their ultra-violent practices — such as decapitating soldiers of the regular army because of their Alawite faith, a dissident branch of Shiia Islam.

If food distributions made them momentarily popular in certain areas, their reputation suffers from the intolerance often displayed by the group’s members: pillaging churches, imposing the veil, arresting journalists, and so on.

After the leaders of Da’ish refused to hand over the doctor’s murderers, brigades affiliated with the Islamic Front, a rebel coalition with Salafist leanings, escalated into hostilities. Very soon, other armed groups joined the attack — including the Al-Nusra Front, a movement affiliated with al-Qaeda, but made up of mostly Syrian fighters, who are much better integrated in the rebellion.

Starting in the Aleppo province (north), the clashes then spread over to Idlib (northwest), Ar-Raqqah (east) and Hama (center). Under pressure, the ISIL abandoned some of its strongholds such as Atmah, a locality at the Turkish border, a crossing point for trafficking, where it was replaced with Ahrar al-Sham, an Islamist brigade. In retaliation, over 50 rebels were killed on Sunday by summary executions or car bombings — practices that the ISIL used only, until then, in areas under the control of loyalist forces.

Referred to as “second revolution” by militants convinced that these jihadists are playing into the hands of the regime, the attack was supported by the Syrian National Coalition. The main group of regime opponents sees this as an opportunity to restore its image with the West, a few weeks from a possible Jan. 22 peace summit in Switzerland.

In Iraq, the ISIL, which took refuge in Fallujah, is not facing an easier task. The Iraqi army, which has undertaken a siege of the city, is calling its inhabitants to leave before a potential frontal assault. In Ramadi, 30 miles west (50 kilometers), air strikes got more intense on Sunday, with 25 Islamists reportedly killed.

Iraq’s Ministry of Defense revealed aerial photos suggesting that weapons and modern equipment had arrived from Syria into the Anbar province and into Ninive, the other mostly Sunni province in Iraq. “The ISIL has managed to make the most of its networks and capacities in Iraq to obtain a strong presence in Syria and it used this presence in Syria so reinforce its positions in Iraq,” explains Brookings Center analyst Daniel Byman.

To put an end to these inter-connected conflicts, the central government is attempting to rally to its side the main Sunni tribes, key figures of this region. Such an approach had already helped it to subdue a first jihadist insurrection in 2007-2008, with the help of American troops that withdrew from the country in 2011.

But Prime Minister al-Maliki’s job has now been made more difficult because of the hatred a large part of the Sunni community feel towards him. For the last year, they have been protesting, in vain, against their marginalization inside the state apparatus. The protest movement gradually turned into armed rebellion — the ISIL being only one cause among many others for the chaos hitting the country, where 9,500 civilians were killed in 2013.

Meanwhile, touring the Middle East to support the ongoing Israel-Palestine talks is U.S. Secretary of State John Kerry, who has ruled out the possibility of redeploying troops on the ground. “We will help [the Iraqi authorities] in their fight, but this fight, in the end, they will have to win and I am confident they can,” he said this week from Jerusalem.

As for Iran, the great Shiite neighbor, authorities announced they were prepared to supply military equipment, but also refuted any troop support. Tehran seems confident. Comforted by the interim agreement it signed with the U.S. on its nuclear program, the Iranian regime considers that, for now, it has the upper hand over its show of force by proxy with Saudi Arabia, the champion of the Sunni cause.

“The feeling of persecution that has long been specific to the Shiite world is currently switching,” Peter Harling of the International Crisis Group says. “The most sectarian Sunni are under the impression that, after taking over Baghdad and Beirut, placed under the sign of Hezbollah, Iran is about to take Damascus away from them. They fear a domino effect. And as they feel more and more abandoned by their traditional ally, the U.S., they’re ready to do anything to prevent it.”