Americans are too selfish to understand that by helping their neighbors, they create a safety net for themselves. 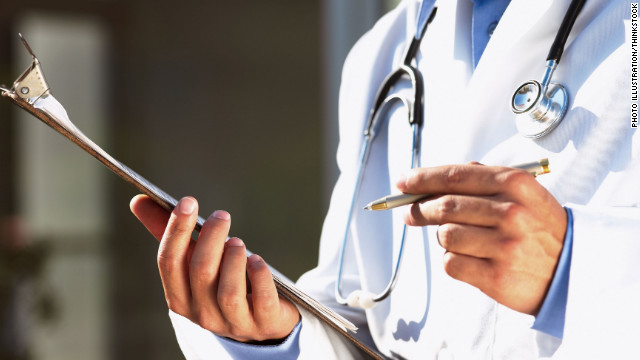 Two years ago, Barack Obama signed into law the most comprehensive reform of American health care since Medicare. Most of its provisions haven’t been implemented yet. But the debate about it rages on at every level. Twenty-six states have filed legal challenges to it. And this month the Supreme Court will hear arguments about its constitutionality.

The centerpiece of the case against Obamacare is the requirement that everyone buy some kind of health insurance or face stiff penalties – the so-called individual mandate. It is a way of moving toward universal coverage without a government-run or single-payer system. It might surprise Americans to learn that another advanced industrial country, one with a totally private health care system, made precisely the same choice nearly 20 years ago: Switzerland. The lessons from Switzerland and other countries can’t resolve the constitutional issues, but they suggest the inevitability of some version of Obamacare.

Switzerland is not your typical European welfare-state society. It is extremely business-friendly and has always gone its own way, shunning the euro and charting its own course on health care. The country ranks higher than the U.S. on the Heritage Foundation’s Index of Economic Freedom.

Twenty years ago, Switzerland had a system very similar to America’s – private insurers, private providers – with very similar problems. People didn’t buy insurance but ended up in emergency rooms, insurers screened out people with pre-existing conditions, and costs were rising fast. The country came to the conclusion that to make health care work, everyone had to buy insurance. So the Swiss passed an individual mandate and reformed their system along lines very similar to Obamacare. The reform law passed by referendum, narrowly.

The result two decades later: quality of care remains very high, everyone has access, and costs have moderated. Switzerland spends 11% of its GDP on health care, compared with 17% in the U.S. Its 8 million people have health care that is not tied to their employers, they can choose among many plans, and they can switch plans every year. Overall satisfaction with the system is high.

When Taiwan – another country with a strong free-market economy – decided to create a new health care system in the mid-1990s, it studied every existing model. It too chose a model of universal access and universal insurance but decided against having several private insurers, as Switzerland and the U.S. do. Instead it created a single insurer, basically a version of Medicare. The result: universal access and high-quality care at stunningly low costs. Taiwan spends only 7% of its GDP on health care.

The most striking aspect of America’s medical system remains how much of an outlier it is in the advanced industrial world. No other nation spends more than 12% of its total economy on health care. We do worse than most other countries on almost every measure of health outcomes: healthy-life expectancy, infant mortality and – crucially – patient satisfaction. Put simply, we have the most expensive, least efficient system of any rich country on the planet. Costs remain high on every level. Recently, the International Federation of Health Plans released a report comparing the prices in various countries of 23 medical services, from a routine checkup to an MRI to a dose of Lipitor. The U.S. had the highest costs in 22 of the 23 cases. An MRI costs $1,080 here; it costs $281 in France….

The Swiss and Taiwanese found that if you’re going to have an insurance model, you need a general one in which everyone is covered. Otherwise, healthy people don’t buy insurance and sick ones get gamed out of it. Catastrophic insurance – covering trauma and serious illnesses – isn’t a solution, because it’s chronically ill patients, just 5% of the total, who account for 50% of American health care costs….

The Obama bill expands access to 30 million Americans. That’s good economics and also the right thing to do. But it does little in the way of controlling costs. Medicare’s costs have stopped rising as fast as in the past. But for broader costs to decline, there is no alternative to having some kind of board that decides what is covered by insurance and what is not – as exists in every other advanced country. This has been demagogued as creating “death panels” when it is really the only sensible way to make the system work.

When listening to the debate about American health care, I find that many of the most fervent critics of government involvement argue almost entirely from abstract theoretical propositions about free markets. One can and should reason from principles. But one must also reason from reality, from facts on the ground. And the fact is that about 20 foreign countries provide health care for their citizens in some way or other. All of them – including free-market havens like Switzerland and Taiwan – have found that they need to use an insurance or government-sponsored model. All of them provide universal health care at much, much lower costs than we do and with better results….