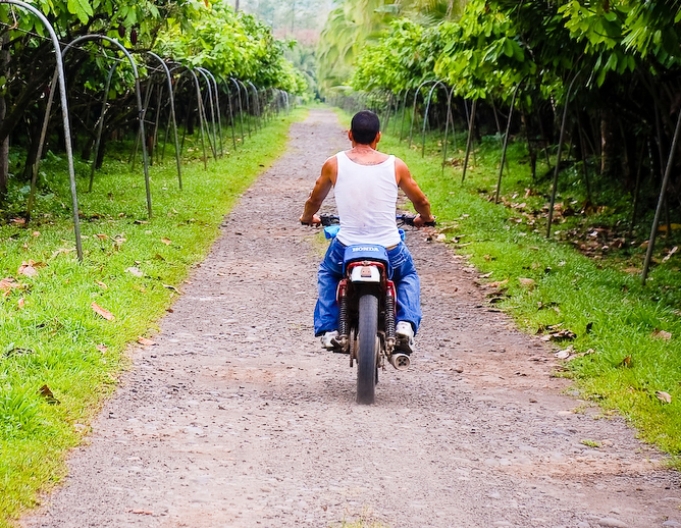 Conducting business meetings isn’t easy when people don’t even know you exist. Just ask Eduardo Clari, an investments specialist.  Paraguay’s state export and investment promotion agency. “They confuse us with Uruguay. Or else they think we’re part of Brazil,” says Clari. “It’s difficult to market the country abroad when nobody knows anything about it.”

The executive recently traveled to China, where he presented a list of tax incentives available to companies willing to set up manufacturing in Paraguay, which has privileged access to the Brazilian market an boasted the world’s third highest rate of economic growth last year (14.4%). “But the Chinese have no idea Paraguay exists,” he says.

When it comes to building international economic ties, Paraguay’s challenge is one that many Latin American countries face: how to overcome the ignorance and preconceived notions outsiders have of the region.

“Just like with products and services, people’s perceptions of certain countries are formed on the basis of images, concepts, personal experiences, recommendations made by others, and things that come out in the media,” says Gustavo Koniszczer of Future Brand, an American consulting firm.

What’s the best way to meet that challenge? A good starting point is to figure out what exactly people in the rest of the world think of Latin America. That’s where Future Brand’s annual Country Brand Index (CBI) report comes in. The list – which Future Brand has published every year since 2004 – ranks 113 countries around the world based on their international reputation. The idea behind the list is that a country’s reputation functions as a brand, which in turn influences that country’s ability to promote economic activities abroad.

This year’s survey – to which América Economía has exclusive access – involved 3,500 travelers from 14 large-market countries. Respondents were asked to evaluate different countries in terms of their tourism, culture and patrimony, business climate, quality of life and personal freedoms. FutureBrand then crunched the numbers to come up with a CBI number for each country.

And the winner? Topping this year’s ranking is Canada – for the second year running. Next on the list are Switzerland, New Zealand, Japan and Australia. The United States, once the annual list’s top-ranked country, has dropped down to sixth place as a result of the financial crisis. The United States is followed by most of the European countries and Singapore.

To find the top-ranked Latin American country, one has to go all the way down to the list’s 24th spot, occupied this year by Costa Rica. The army-less Central American country, recognized globally for its environmental protection efforts, rose three spots from the 2010 ranking.

This year’s big Latin American winner, however, is Brazil, which jumped 10 spots to now occupy 31st place on the list. The rise reflects a major change in how Brazil is perceived worldwide. Until recently, the first things an outsider may have thought of with respect to Brazil were its beautiful beaches and major debt problems with the IMF. Now, however, the South American giant is commanding real economic respect, as evidenced by the fact that the Brazilian President, Dilma Rousseff, recently advised European authorities on the euro zone crisis.

“With its economic stability, the rise of a new middle class and the upcoming [Olympics and World Cup], perceptions about Brazil’s brand have greatly improved,” says Luiz Lara, CEO of the marketing agency Lew’Lara\TBWA. “It also helps that the country offers security to foreign investors, and that it has large companies operating internationally, such as Vale, Nature and JBS.”

With its leap up the list, Brazil passed Argentina, which is up one spot to 32nd place, and Chile, which rose four spots to 34. Between 2009 and 2010, Chile rose 19 places thanks to the government’s post-earthquake efforts and high-profile mine rescue. Further down the list are Peru, up three spots to 44, Mexico, up one notch to 47, and Uruguay, this year’s 50th ranked country.

The Dominican Republic fared poorly in this year’s list, down 17 spots to number 55. Cuba, Ecuador, Venezuela and Colombia all lost ground as well. All four countries, however, outranked Bolivia, South America’s poorest country, which occupies the 96th position on this year’s list. And the worst of the worst? Nicaragua came in at 100, followed by Eduardo Clari’s Paraguay (106) and crime-plagued El Salvador, which fell four places to 109.