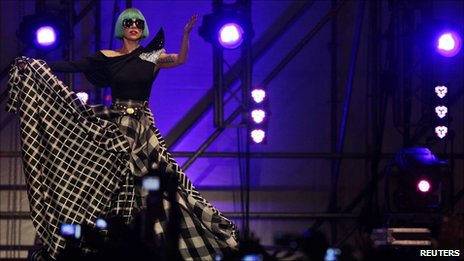 Lady Gaga has set her sights on cracking India’s lucrative music market, but can the eccentric singer wow one of the world’s largest audiences?

With her choreographed routines, colorful costumes and catchy tunes, she has many trademark Bollywood characteristics. 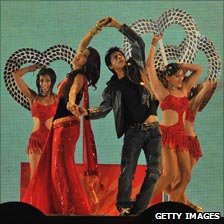 Lady Gaga, who has millions of fans around the world, is trying to expand her reach in one of the world’s largest consumer bases – India.

In a recent interview with the Wall Street Journal, she spoke of her ambitions.

“The reason I’m going to India now is because I can,” she says. “I didn’t have the money or the resources before to travel and bring all of my things with me and reach an entire new territory of fans.”

It is a fanbase which could prove extremely lucrative if she’s able to capture it.

With a growing economy, and a population of more 700 million people under the age of 30, India’s rising middle classes have more money to spend.

Bollywood music is still the most popular genre, which might explain why, as part of her mission, Lady Gaga has remixed a number of her songs to give them a more Indian flavour.

She has released four mixes of Judas and Born This Way, reversioned by the American-Indian music company Desi Hits, which creates East-West “fusion” content targeted at South Asians the world over. 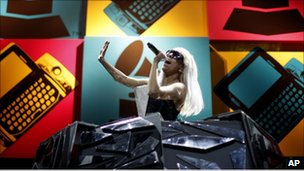 … so Lady Gaga should fit right in

Recruited as remixers are Salim and Sulamain, two of Bollywood’s most popular composers, and Panjabi MC. A reworked Judas adds the melancholy sound of the sitar and the soft beats of a Tabla drum.

“Bollywood is so vibrant and colourful and larger than life in many ways – and Lady Gaga is too,” says Anjula Acharia-Bath, CEO of Desi Hits.

“I think it’s natural that she would gravitate towards that.”

Lady Gaga has been eyeing India and Bollywood for some time, says Acharia-Bath, and she’s expressed an interest in singing Born This Way in Hindi.

There has been much speculation that the so-called “Fame Monster” will visit the country herself, possibly to tour. So how easy will it be for Lady Gaga to crack this market? 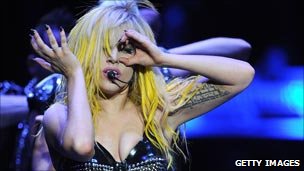 Some of her dance moves may be familiar too…

There is no definitive chart, like the Billboard chart in the US or Radio 1’s countdown in Britain. For its chart rankings, the Indian edition of Rolling Stone magazine collects data on sales by Western musicians in Landmark, a bookshop chain.

By this measure, Lady Gaga is already a success, with Born This Way in the top three. Her CDs are stocked in many cities, says Bobin James, executive editor of India’s Rolling Stone.

But that is a relatively tiny measure of an artist’s popularity in a country where illegal downloads and bootlegged music account for a large portion of listenership.

The Landmark chart doesn’t include Bollywood music, which rules the airwaves in India’s villages where a large majority of the population live. 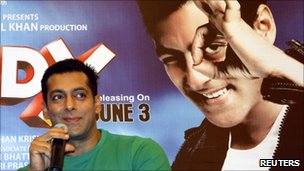 “I don’t think Lady Gaga would sell out her concerts if she came here,” says James. “Her fans are likely to be younger college kids who probably can’t afford the ticket price.”

Bryan Adams, Metallica and Iron Maiden have played to sell-out crowds of up to 40,000, he says, because they appeal to an older demographic with the money to spend on concert tickets.

I was never as controversial as Gaga”

Sam Fox on her own success in India

Lady Gaga will continue to expand her fanbase in India’s big cities, he says. But the biggest challenge for any Western act is getting airplay to broaden appeal beyond metropolitan areas.

“You very rarely get to see rock music on TV here. Even MTV in India is primarily a Bollywood channel.”

Another challenge could be Lady Gaga’s flamboyant and often risque image in a country which still frowns on kissing in Bollywood films.

“The skimpy clothes and the half naked looks might create a ruckus here,” says Shefali Alvares, an Indian singer who performs in both English and Hindi. 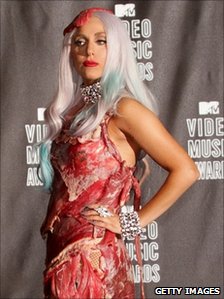 But her flamboyance and quirkiness will be an asset, says Shefali’s father, Joe Alvares, a music producer and singer.

“She’ll probably offend. But she is a phenomenon of some kind that has got nothing to do with music, and India loves that.

“With her, it’s more about entertainment than music, and that includes the way she dresses and what she wears.”

In her Bollywood video for Judas, Lady Gaga wears a bikini top and covers up very little flesh. But such scenes are common in today’s Bollywood.

“Her shows are outrageous but in a way the public perception of morality has also shifted,” says James. “We see way too many outrageous things happening on television.”

Fox says she won the adoration of millions of Indian fans because she adapted her image to fit the market. She modified her outfits when visiting India, and was never scantily clad in her music videos.

“I never used sex as a weapon. It was cheeky and it was a sense of fun. My videos were glossy,” she tells BBC News.

Fox toured India in the 1990s, selling out venues to crowds of more than 70,000 a night in cities including Delhi, Chennai and Kolkata. She even starred in a Bollywood film.

“I was never as controversial as Gaga,” Fox says. “Gaga has an alter ego, which I never had. What you saw on stage was what you got.”

Her advice to Lady Gaga is to respect the culture and to avoid being overtly sexual on stage. Fox says she wore saris to some of her press conferences.

It remains to be seen how Lady Gaga will project herself to the Indian crowds. Even if she doesn’t shock, she may surprise.

She already has one esteemed admirer – noted musician Ravi Shankar.

“I saw some music videos by Lady Gaga for the first time recently,” the sitar maestro told the Times of India newspaper. “I do admire her theatricality. She is a very intelligent performer.”