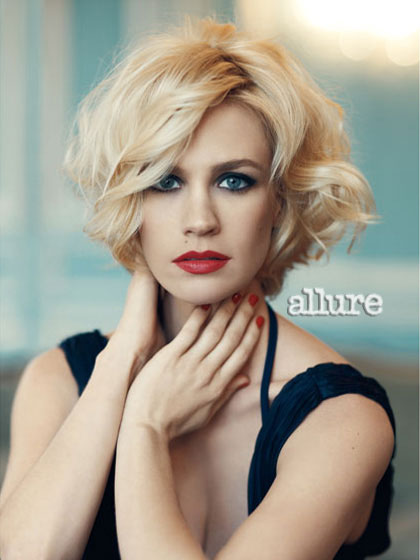 Mutants. Hookups left and right. A mysterious pregnancy. Cuba. What the hell was going on behind the scenes of the super-powered movie prequel? Chris Lee reports.

The crew’s jokey nickname for the production says it all: “Sex Men.”

The comic-book movie adaptation X-Men: First Class, which opened Friday, stands out from a crowded field of superhero films flooding multiplexes this summer for a multitude of reasons certain to tickle the fancy of its fan-boy demographic. Unlike so much schlock genre fare these days, its sci-fi action unfolds against a backdrop of American history with an elite team of super-mutants working to de-escalate the Cuban Missile Crisis. First Class provides a creation myth explaining how Professor X and Magneto—powerful nemeses in three other installments of the multibillion-dollar X-Men film franchise—started out as friends fighting for a common cause. And the movie boasts high-quality performances from serious actors not commonly associated with comic-book flicks, including James McAvoy (Atonement), Michael Fassbender (Jane Eyre) and Kevin Bacon.

But X-Men: First Class may take its place in cinematic history for a wholly different reason: the sheer volume of high-profile romantic hookups that occurred during its filming.

Romance blossomed on set between Academy Award-nominated actress Jennifer Lawrence (who plays a shape-shifting character named Mystique) and English actor Nicholas Hoult (a genius-turned-monster called Beast); they continue now as a couple. Likewise, Irish actor Fassbender got together with Zoe Kravitz (the daughter of rocker Lenny Kravitz and former Cosby Show kid Lisa Bonet, and who has the role of a stripper-mutant) during the production. And they took their relationship public for the first time on the streets of New York City this week.

Then there is the mysterious matter of January Jones’ pregnancy.

Anyone who sees First Class will have an easy time believing production provided a sexually charged workplace environment.

Since her April announcement that she’s with child, the Mad Men actress has remained stubbornly silent on the matter of who the baby’s father is, setting off Hollywood’s most fevered guessing game in the process. Among the potential baby daddies being dragged through the rumor mill: First Class director Matthew Vaughn. The circumstantial evidence presented: In an E! Online exclusive last month, Ted Casablanca reported that Vaughn—who is married to supermodel Claudia Schiffer—had a “very close” relationship with Jones on the set. But the director and his wife “abruptly” moved home to the U.K. from Beverly Hills when news of Jones’ pregnancy was announced. He had been scheduled to remain in the city through May, the report said. Last week, Vaughn was a no-show at the movie’s “cast screening”—its de facto premiere—in New York, claiming a case of tonsillitis prevented him from attending, even though he reportedly gave a few interviews in support of the film earlier in the day.  And now he remains on “vacation” just as the biggest movie of his career reaches the screen.

Vaughn’s high-powered attorney, Martin Singer, prompted E! to remove the story and blasted the report as an “absolute lie.” Still, according to a source close to the production who asked not to be named so as not to imperil the source’s standing in the film industry, the sexual chemistry between Vaughn and Jones was obvious to anyone visiting the First Class production.

“Anyone who walked on set could tell something was going on,” the source said. “They were so overt, there was a flirty vibe that everyone could see.”

Vaughn’s lawyer Singer described the director as “happily married” and said that Vaughn has not been unfaithful. He also challenged allegations that the director and Jones had been flirtatious with one another. “I can’t speak on the subject of their sexual chemistry—that’s a vague term,” Singer said. “This story is absurd.”

Representatives for Jones and Vaughn did not immediately respond to The Daily Beast’s request for comment.

By reputation, movie sets are known to foster quick hookups between castmates and crew members, leading to romances that usually last no longer than the duration of principal photography. And to be sure, anyone who sees First Class will have an easy time believing production provided a sexually charged workplace environment. The film is rife with barely suppressed sexual tensions between characters—who hop in and out of one another’s beds and come agonizingly close to kissing without sealing the deal. As well, in no small number of scenes, Jones, and Kravitz appear in barely-there va-va-voom lingerie.

“It’s the Twilight effect,” said a source, referring to the vampire romance that led to real-life sexual chemistry between leads Kristen Stewart and Robert Pattinson. “You put together a bunch of young, mostly attractive people in their sexual prime and hookups are inevitable.”

Chris Lee is a senior entertainment writer for Newsweek/The Daily Beast. He previously worked as an entertainment and culture reporter for the Los Angeles Times. His work has also appeared in Vibe, Premiere and Details magazines and has been plagiarized in The Sunday Tribune of Ireland and The Trinidad Guardian.