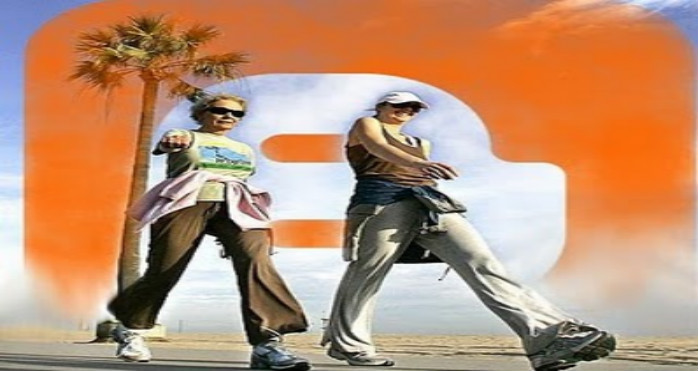 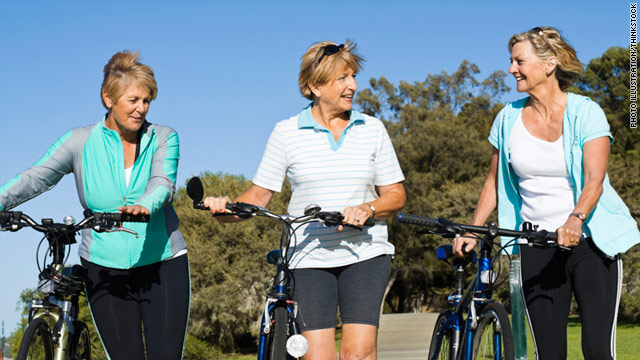 Editor’s note: In 2011, the baby boomer generation turns 65. So what can the #boomers expect in their retirement years? This week will bring you special coverage of this generation.

Boomers are less healthy and heavier than their parents were at their age. And they pop far more pills than the previous generation; an average 50-year-old man takes four prescription medications daily, according to AARP.

American generations through the years

“Boomers think of themselves as forever young, but they’re aging physiologically faster than their parents’ generation,” Bacon said.

These include obesity-related diseases, diabetes, hypertension, heart disease and others. And they’re facing this during economic hardships when they’re also responsible for their parents and their kids.

Here are suggestions for dealing with the top health concerns of baby boomers, people born between 1946 and 1964.

“We as a society are so afraid of aging and we’re in a stage of denial,” she said.

Boomers lived through massive changes in the American diet as foods became more processed throughout their lives. “That might have had an impact on our obesity rates,” Brangman said. “Food is so accessible and in much more quantity than we need.”

Baby boomers: Too much of a good thing?

How the boomers rocked

Many older adults are too intimidated to exercise because they equate that to bench pressing or running marathons.

Brangman advised that just 30-40 minutes of exercise during most days can help reduce the risk of depression, lower blood pressure and improve strength, cognition and memory. Exercise also can lower blood sugar and decrease other risk factors.

When boomers have sex, most of them are not protecting themselves with condoms, even when their partners are casual, research shows.

Many reject condoms because they make sex feel dry, according to survey participants. Others said condoms were not needed because becoming pregnant wasn’t an issue anymore.

Studies indicate they should be, because of increases in sexually transmitted diseases like syphilis, chlamydia and HIV/AIDS in older Americans. About a quarter of people living with HIV/AIDS are age 50 and older, according to CDC statistics.

“Older people generally are able to be more frank when they’re talking about sex. I would encourage them being frank about sex,” Herbenick said about talking about safe sex with partners.

Boomers should talk to health care providers about sexual issues such as vaginal dryness, erectile issues and how to have more pleasure, experts said. With medication like Viagra, Levitra, Cialis, hormonal supplements and vaginal moisturizers, sexual challenges can be addressed.

Boomers find themselves taking care of both their parents and their children in tough economic times.

Their parents are living longer, but may be disabled or dependent on them for care. And 20% of people age 45-64 have care-giving or financial responsibilities to a parent, older family member or adult child, according to AARP.

Many boomers had children later in life, and those kids may be in college or financially dependent on them, the AARP said.

“This is the classic sandwich generation,” said Cheryl Matheis, senior vice president for policy at AARP. “It’s a real juggling act that people are engaging in. Many people are not psychologically prepared. Their biggest concerns from surveys of our boomer members are their finances and health.”

But not all is doom and gloom.

“For people who are able to have health care, this sort of bonus period of life can be very productive and rewarding because you see more generations and help younger generations … it’s very satisfying for people.”

Many baby boomers don’t have pensions as their parents’ generation did. Once they hit 65, many rely on public-funded programs like Medicare.

Without major changes to Medicare, experts have said the government program is unsustainable, especially as baby boomers age. The number of people expected to enroll in the program will surge as the population ages and health care costs continue to grow far faster than inflation, CNNMoney explains.

On top of that, baby boomers have done a poor job of saving, said Bacon. Many based their retirement on housing prices that plummeted.

In terms of health, boomers are getting chronic conditions such as hypertension, high cholesterol and other ailments. They may need prescription drugs and to find different sources of income to stay afloat.

Can I get rid of my hypertension medication?

Experts said the keys to keeping the brain vibrant and healthy can be boiled down to three concepts: Exercise, socialize and learn.

Like many other doctors, Bryan James, assistant professor in the department of internal medicine at Rush Alzheimer’s Disease Center, extols the virtues of exercise.

“The brain is just an organ that needs oxygen. Good cardiovascular exercise is good for your brain and preventing dementia,” he said.

Keep your mind mentally stimulated by reading and by learning new and complicated things, James suggested.

Maintain friendships, socialize and get out of the house, he said. People who didn’t leave their house or only strayed as far as their driveways were twice as likely to develop Alzheimer’s as the people who went out of town and socialized, he said.

“The most socially active people are going to be less likely to develop problems with thinking or to have their cognition decline, as compared to people who are least socially active,” he said.

Boomers are feeling aches and pains as they get older — 29.8% reported doctor-diagnosed arthritis, according to 2010 CDC data.

While exercising and maintaining healthy weight may not necessarily forestall arthritis, it could help people remain more functional by keeping the muscles strong between the joints.

Evidence suggests the heavier a person, the more he or she is prone to osteoarthritis. Some factors of arthritis may be genetic, but it is important to keep exercising, said Dr. Eric Ruderman, clinical practice director for the rheumatology clinic at Northwestern University Feinberg School of Medicine.

“The more exercise you do, the stronger your muscles, and it could relieve some of the pain,” he said.