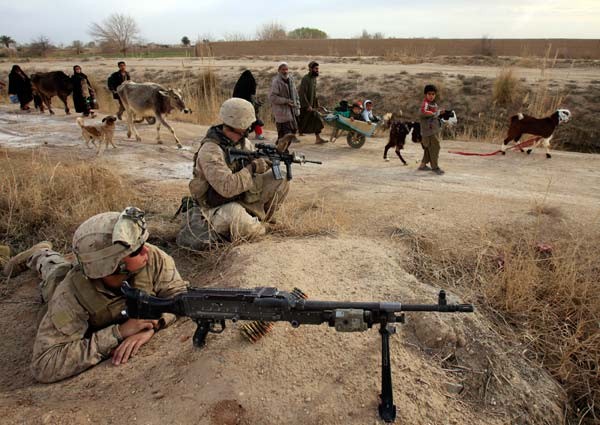 After two weeks battling the Taliban in Afghanistan’s Marjah town in Helmand province, Nato and Afghan forces are setting their sights on their next objective – securing Afghanistan’s second largest city, Kandahar.

The city is the place where Mullah Omar founded the Taliban movement and, according to US reports, the impending operation will gain control of major centres of population.

key part of the coalition effort in Afghanistan is to peel away militants from the Taliban and integrate them into society through jobs and opportunities. The Washington Post’s Joshua Partlow has a story on whether that strategy has a chance to work.

“Taliban leaders scoff at that notion, saying their loyalists are waging a determined holy war against the infidel armies of the West and can’t be bought off,” Partlow writes.

“Interviews with [militants] who recently left the Taliban as part of an Afghan government effort to lure them from the battlefield suggest that in many cases, U.S. policymakers may be on to something.

“Several ex-fighters said they joined the Taliban not out of religious zealotry but for far more mundane reasons: anger at the government in Kabul, revenge for losing a government job, pressure from family or tribe members – or simply because they were broke.”