After years of trying to understand inflation I have to thank Harry S. Dent for the BEST explanation, and why inflation is going to cease to be a problem for the next 5-10 years, as the growth of the labor force shrinks because of retiring baby boomers: 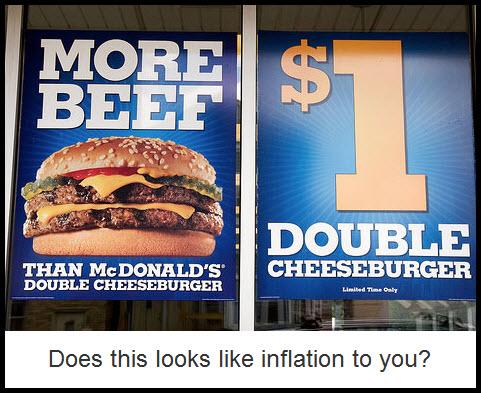 As “dead” money continues to pile up in the form of unborrowed bank reserves, we’ve grown increasingly skeptical about the possibility of an inflationary spiral. Hyperinflation seems inevitable somewhere down the road, but what about now, as real estate deflation continues to asphyxiate the U.S. economy?

To all who have continued to insist that the Fed would not “allow” a deflation to occur, we say once again: Look around you. Even those two intractable engines of inflation – college tuition and health care – appear, finally, to be slowing down.

Moreover, an even more powerful source of inflation — government spending – has begun to decelerate with the lethal speed of a crash dummy. Yes, the party may continue for a while in Washington D.C. and its suburbs, since that is the epicenter of an unprecedented fiscal blowout. But the ripples from fiscal stimulus cannot reach New Jersey and New York, even, let alone California.

These states and quite a few others face grim budget realities that will continue to deaden whatever short-lived stimulus the federal government can create. And let’s not lose sight of the fact that stimulus itself implies borrowing down the road from a dwindling number of taxpayers who, miraculously, have money left after paying for life’s necessities.

We told the inflationists to wake us when tract homes were selling for a quadrillion dollars, since that would imply deflation had been reversed by true helicopter money.

That would be terrific news for the perhaps 50 million homeowners who currently are underwater on their mortgages, since it implies that the main source of household debt had effectively been liquidated. But before you get your hopes up, consider who would lose if mortgage debtors were allowed to skip out on trillions of dollars worth of obligations. Lenders and savers would take a bath, for one, and all of the financial firms that the U.S. has worked so diligently to bail out, and to keep bailed out, would become as helpless as flies in amber.

Do you really believe that the Masters of the Universe – the very same plutocrats who supposedly manipulate Democrats and Republicans alike to do their every bidding – would abide a political decision that would reduce them to penury overnight?

Thanks to Rick Ackerman for his contribution to the inflation story.