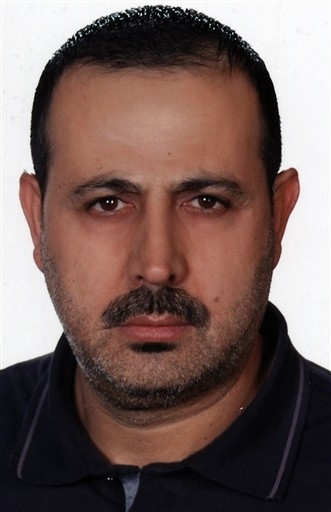 Israeli Mossad is already a strong suspect in the recent killing of Mahmoud al-Mabhouh in the United Arab Emirates. The charter member of the al-Qassam Brigades was electrocuted and strangled in his Dubai hotel room, and God knows what happened to him in between.

Al-Mabhouh’s murder evokes a certain sense of deja vu. Anyone who has read the brilliant work “Kill Khalid: The Failed Mossad Assassination of Khalid Mishal and the Rise of Hamas” would know exactly what I’m talking about.

It chronicles how a Mossad hit team posing as Canadian tourists set out on the streets of Amman, Jordan in 1997 to eliminate the Hamas political leader.

They got dangerously close to Mishal – enough to inject a poison behind his ear – but one assailant was chased down and overpowered by Mishal’s bodyguard.

A furious King Hussein phoned Prime Minister Benjamin Netanyahu (in his first prime ministership) and demanded the antidote be delivered. Embarrassed and under U.S. pressure, Netanyahu agreed, saving the life of his nemasis who would live to fight another day.

Now Prime Minister in 2010, there is little doubt that Netanyahu would be brazen enough to order the al-Mabhouh hit. It would mean little to him that the Emirates recently hosted on its soil an Israeli Minister, Uzi Landau, even in spite of his hard line stance toward Palestinians (Landau famously likened the PLO to Al Qaeda!).

As Netanyahu demonstrated in 1997, he is not afraid to send intelligence operatives into a friendly Arab guests home, break some china, and have them peace out as if nothing ever happened.

Only in this case, the Dubai police do not have the benefit of a captured operative. They’ll have to rely on whatever witness and forensic evidence they can collect. As a law enforcement agency the Dubai Police are known for mercurial investigative standards.

But given the embarrassment al-Mabhouh’s murder is causing, and the fact that other hits have taken place in the Emirates, they’ll likely up their game in this case to try and salvage some prestige. The ubiquitious hotel surveillance cameras will likely come in handly, but that’s banking on the fact that hotels keep a backup of their digital records, and that the cameras were able to pick up faces that may have been veiled.

Emirati gumshoes will also be digging at any other destinations the suspected “European” passport holders ventured while in the country. The passports will have to be checked with Interpol, which may not be able to tell if the passports were forgeries or genuine documents issued for the purposes of intelligence missions.

Biometrics would make that all but impossible, which is also a key reason some Western governments elect not to use them–it would also deny them the ability to slip into countries, through the front door, undetected at airports.

We’ll see how cooperative Interpol liaison proves to be in this case. My hunch is that individual governments may be forthcoming if it is publicly revealed that their passports were misued by Mossad. It certainly caused an uproar with the Canadians back in 1997, and with New Zealand and others who were used as a deadly ruse.

Those governments will then have to decide whether to share with the Emirates the original passport applications, which usually require multiple forms of state-issued identifications and supporting documents to obtain.

From there a joint investigation could determine whether the suspects are the actual people they claim to be, or ficticious persons engaging in a most deadly game.

But the Emiratis will have to leave Hamas investigators behind, as Interpol and most European governments still consider it a “terrorist organization,” and will probably be anyhow reluctant to spend much effort to solve the case.