The death of Queen Elizabeth II is one of many signs some sort of mega black swan event is coming to the West this October. What remains to be seen is if this will be a bloody revolution, anarchy, or a peaceful transition.

First of all, the death of QEII also means the death of the head of the committee of 300, known to many as the secret leadership of the Western world. This follows the removal of the entire top ranks of the Knights of Malta: the military leadership of the West. Gnostic Illuminati sources say the three Egyptian obelisks of Western power are all slated to come down. The first obelisk -located in the city of London- is where financial power resides. With the death of QEII it has fallen, they say. The second obelisk -in Washington DC- is where military power resides. It has fallen with the replacement by the meritocracy of Knights of Malta aristocratic leadership. The third obelisk, symbolizing spiritual power, is in Rome. So, all eyes are on the papacy now. Illuminati sources promise Pope Francis will be removed in a spectacular and public manner over the coming days.

The big changes are not limited to the West, either. China’s communist party has moved forward its big, once in 5-year national congress to October from November. There, amendments will be made to the constitution that will lead to “new strategies of governance.”

Asian secret society sources say a merger with Taiwan and the renaming of the communist party are topics that will come up at the meeting.

There is also an unprecedented gathering of world leaders and power brokers taking place in September.

This week, for example, President Vladimir Putin of Russia, President Xi Jinping of China and Prime Minister Narendra Modi of India will be meeting on September 15th and 16th. After that will come the September 19th funeral for the Queen. This will be one of the biggest gatherings of world power brokers in recent world history. For example, the so-called US president Joe Biden and the Japanese Emperor are among the many who will attend.

We must also bear in mind that all this is happening as the September 30th payments deadline looms for the families that own the UNITED STATES OF AMERICA CORPORATION, the United Nations, the World Bank, the IMF and other pillars of Western power.

In particular, the fate of the Rockefeller family is set to be decided. Members of this clan include Hillary and Bill Clinton, Mark Zuckerberg, John Podesta, David Rockefeller Jr. and many others 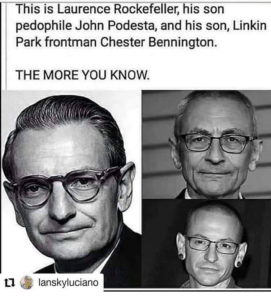 It can be argued that by suppressing many types of energy technology, this family did more to set back humanity than any other group in world history. The rubber masked Biden actor is their servant as is probably the rubber masked impostor now pretending to be Pope Francis.

The fate of the French and Swiss branches of the Rothschild family -headed by Klaus Schwab (Rothschild) of the World Economic Forum- is also likely to be decided this autumn.

There is a world boycott against the Rothschilds, Rockefellers and their fraudulent fiat money so, they are going to go down for sure. The fact the Vatican bank is cutting off all relations with them as of September 30th is the clearest sign of that. The question is, what or who will replace them?

There is also the bigger fight between the gnostic Illuminati and the British Royal Family that has yet to be decided.

In any case, now that Queen Elizabeth has passed on, we can disclose some secrets and big mysteries surrounding her. For example, according to a cousin of Emperor Hirohito, prior to the 911 attacks on the US, QEII was

The remainder of this Article or Video is only available to members of BenjaminFulford.net holding the respective level of subscription. If you are trying to view the Friday Video and are logged in, please make sure you hold the correct subscription level.