Article by WN.com Correspondent Dallas Darling “The art of war is a matter of life and death, a road either to safety or to ruin.” Sun Tzu, “The Art of War,” 4th Century BCE. 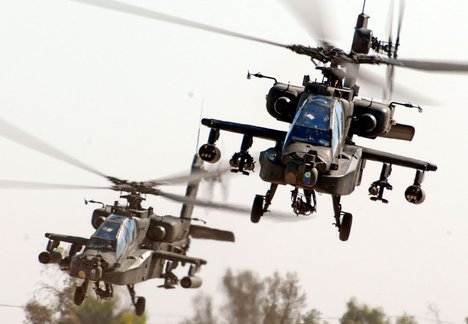 During confirmation hearings for the next U.S. Defense Secretary, it was appalling to observe several senators haggling with Chuck Hagel over whether the surge during the disastrous U.S.-Iraqi preemptive war and military occupation was a success or not. Faced with enormous military crises and other armed blunders around the world, including a series of recent attacks against U.S. embassies and the ongoing drone wars, they instead attempted to trap Hagel with a statement made back in January of 2007. Reminding Hagel that he claimed then-President George W. Bush‘s troops surge in Iraq was “the most dangerous foreign policy blunder…since Vietnam,” Senator John McCain asked, “Were you correct in your assessment? …Were you right or wrong? …Yes or No?” Hagel refused to answer such a framed question with an overly simplistic answer. Instead, he insisted that since the U.S.-Iraqi War was wrong, debating and answering if the surge was successful or not was much more complicated than a “yes” or “no” reply, and that he would like to defer that judgment to history. McCain then roared back declaring: “I think history has already made a judgment about the surge, sir, and you are on the wrong side of it.”

Actually, history is on the side of Hagel starting with Sun Tzu, who during China’s Warring States Period not only wrote that an army should avoid strength and attack weakness, but that it should avoid being deceived, it should stress intelligence and knowledge of one’s opponent, and it should guard morale while calculating the outcome of the conflict. Since Iraq’s major strength has always been its fervent and zealous nationalism, preemptively invading Iraq was the worst kind of action the U.S. could have committed, let alone militarily occupying the predominantly Islamic and Arab country with hundreds of thousands of armed troops. The U.S. also deceived itself into thinking that Saddam Hussein was either developing or hiding weapons of mass destruction, which was continually discounted by U.N. inspectors and experts. And while U.S. knowledge about dozens of Shiite, Kurdish, Sunni, Sh’ia Arabs, and other Separatist groups were extremely limited, even absent, the death toll of the U.S.-led military invasion and occupation has been 1.2 million people. One in five Iraqi families have lost a loved one, entire ethnic and religious communities, along with architectural and historical sites, have practically disappeared.

The Bush Administration’s 2007 surge, which was a political ploy just before the 2008 election, did little to boost U.S. troop and national, economic, and social morale. Even today, the U.S. still suffers greatly under the strains of the U.S.-Iraqi War, including the debts that have incurred due to sacrificing enormous amounts of both life and material resources. But not only was the pretext for war a lie, the peace in Iraq proved more difficult than the war, including the surges. (Recall too that there was an earlier surge just before the 2004 elections in which U.S. forces stepped up efforts to eradicate insurgents in Iraq.) Neither did Iraq have connections with al-Qaeda, nor was it a sponsor of terrorism as the Bush Administration continually maintained. Those grilling Hagel were also quick to forget the intense battles and slaughter houses that took place in Nasiriyah, Basra, Baghdad, Fallujah, and the Sunni Triangle. They dismissed America‘s new role, shifting from liberator to unwanted occupier, along with its decline in respectability and credibility. In the context of the U.S.-Iraqi War as a ill-fated conflict, then, American troops should have been withdrawn as quickly as possible. To continue troop surges in a mistaken war merely serves to repeat the initial wrong, does it not?

When killing and death rates finally started to drop, it was due to a more indigenous context and “on the ground” reasons, such as millions of less people living in Iraq and the deaths of hundreds of thousands of insurgents, sectarians, and innocent civilians. While U.S. presence only provoked more hostility and conflict, surrounding Arab and Islamic nations started to help improve Iraq’s stability and security. But today, the practice of history in the U.S. is very ethnic- and socio-centric. It is also individualistic, in which the powerful few write only about themselves. Self-centered political and military leaders might seduce their nation to forget about the past by attempting to rewrite history, but the past, most assuredly, will not forget about either of them. The experience of dead generations, especially those who died on needless battlefields or in their civilian homes, “weighs like a nightmare on the brain of the living.” It is obvious that when the Bush Administration announced Saddam Hussein’s regime had something to hide from the civilized world, they were really referring to themselves. Realizing their costly error, the troop surges were another deception, another type of propaganda. Like other past empires that have overextended themselves, the U.S.-Iraq War was another road to ruin.

No, Senator McCain, and just like the costly U.S.-Vietnam War that killed over 4 million people, history has, is, and will continue to prove that Hagel is on the right side. And if an army should attack its enemies weakness, at some point should not a nation address its own faults too? Specifically how it misinterprets history, using it as a wedge to confuse and divide or promote a false sense of pride and patriotism.