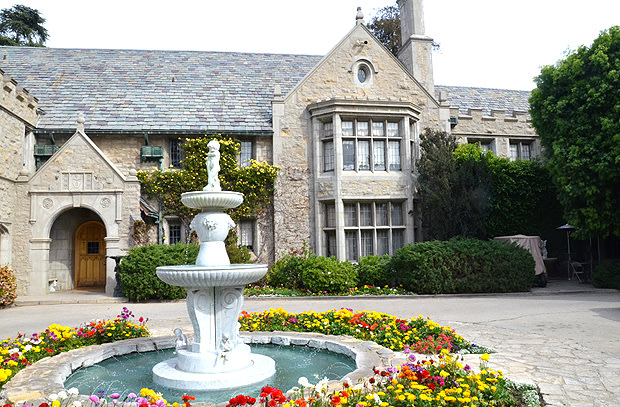 The iconic Playboy mansion in Los Angeles. (Kelly Senyei/Gourmet)Sure, the Playboy mansion is better known for its buxom blondes and wild parties, than for its five-star meals and top-notch chefs, but it turns out that behind the walls of one of the most famous compounds in the world lies one amazingly sophisticated kitchen. You already know some of what 86-year-old Playboy mogul Hugh Hefner does in his spare time, but turns out he could also spend a good part of it eating some really fantastic food made fresh all day long in his fully staffed 24-hour kitchen.

“I have a staff of 12 full-time chefs who are here around the clock,” William Bloxsom-Carter, executive chef and food and beverage director of Playboy Enterprises, Inc. tells Gourmet, which got a tour of the operation. “Everything is made from scratch, including those,” he says, pointing to a glass case containing seven different kinds of pies and cakes. “You should see [Hefner’s] little cookie drawer. It’s actually not all that little.” Indeed it’s not. It’s several drawers full of brownies, marshmallow treats, and multiple types of cookies, including Hef’s favorites, oatmeal, most made overnight by the graveyard shift staffers. 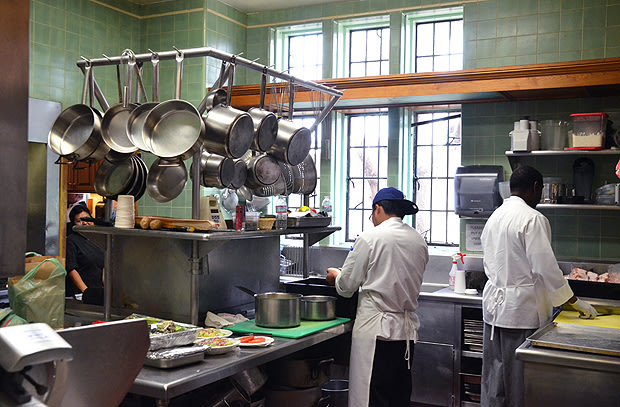 Inside the Playboy mansion’s kitchen, which operates 24 hours a day. (Kelly Senyei/Gourmet)

“We have a catalog of 31 meals from which Mr. Hefner can request what he’d like to eat at any time of the day or night,” he explains to the site. “So he can call down to the kitchen and say, ‘I’d like the number 6 [grilled cheese sandwich, potato chips, applesauce, and two oatmeal cookies], or the number 21 [fried chicken strips, baked potato, caper dip, and two oatmeal cookies],’ and then the butlers communicate that to us.” 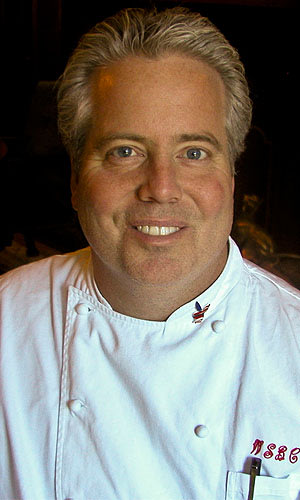 OK, so those two examples sound more short-order cook than private mansion chef. That’s because while the kitchen cooks up elaborate meals for guests who visit the mansion, often for private lunches or large dinners, [Case in point: the Gourmet writer got to dine on tuna tartare with avocado mousse and lobster ravioli with black cherry tomatoes the day she was there] most of what Hefner noshes on at home is pretty simple.

“Lamb chops are his favorite meal, and he has that for dinner once a week,” Bloxsom-Carter reveals. He also shares Hefner’s daily 11:30 a.m. breakfast order, and it’s the same thing every day: a jelly doughnut from Los Angles donut shop Winchell’s and half a Star Ruby grapefruit. Lunch (not served until 5:30 p.m. since dinner isn’t until 10:30, yes, old habits die hard) consists of soup and crackers. “It’s a little embarrassing because we do such insane, great food for the guests who come on the property, but he’s just a regular Midwestern gentleman who likes his Lipton noodle soup with his saltine crackers.” 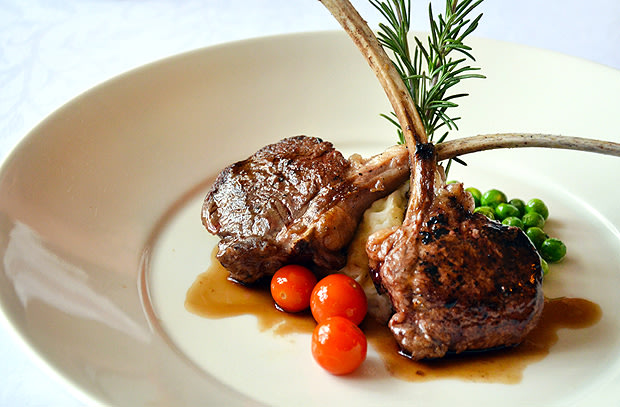 And since Hefner suffered a stroke in 1985, Bloxsom-Carter — who began working for him the following year — has tried to incorporate fresh local vegetables into his boss’ dinners when he can, and cut back on salt. “Even though I’m not a licensed nutritionist, I use my culinary tricks to get the amount of sodium under control while still giving him the desired flavor. You can trick the palate with acidity or vinegar in place of salt,” he explains. 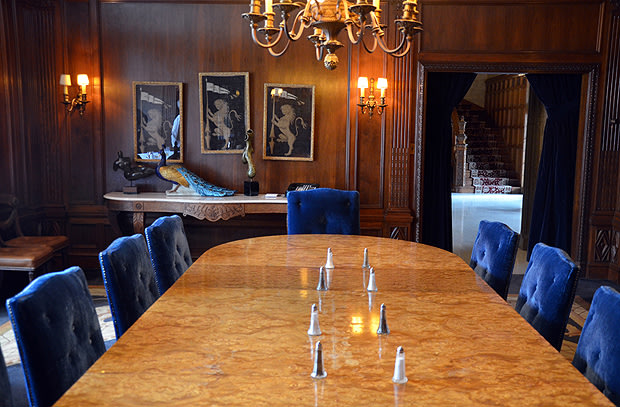 Like many other aspects of Playboy Enterprises, the kitchen runs a seriously tight ship 24 hours a day, 365 days a year. All of the mansion’s chefs must note the working status and temperature readings of all refrigerators, freezers, and ovens, and when the ice for the stored seafood was last changed, and must conduct fresh-egg inspections in which they pierce the shell of an egg with a thermometer to ensure they’re within the food-safe temperature range of 38 to 40°F. Then, all of that information must be recorded in kitchen logs every eight hours. Sound like a lot of work? Just imagine if there had been a log for a certain other room in the mansion all these years … 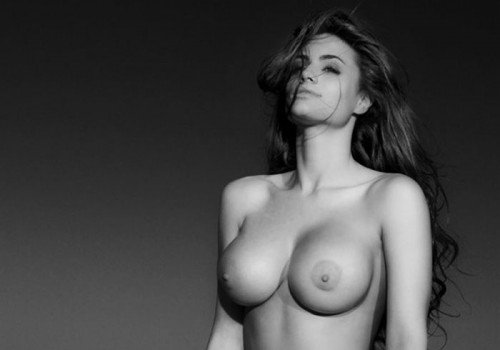 Hugh Hefner has a new #1 girl — his old #1 girl. A year after Playboy bunny Crystal Harris made headlines for ditching Hef just five days before their big wedding, the pair have confirmed that they’re back together.

Hefner, 86, and Harris, 26, were engaged in December 2010 after two years together and were to set to tie the knot in a lavish wedding at the Playboy Mansion in front of 300 guests in June 2011.

At the time, Hef took to Twitter to announce their split — “The wedding is off. Crystal has had a change of heart.” — so it’s really no surprise that the pair tweeted their reconciliation.