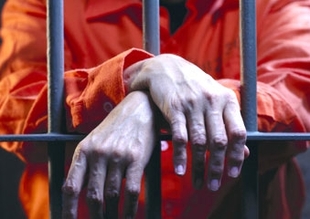 We’ve gotten to a point where society is so unmanageable we must partition ourselves off from every feature of it.

With too many fists slung, too much spittle hurled, too many guns pointed, too many bats swung, it has now become necessary for tellers, bus drivers and even cashiers to partition themselves from customers. A couple of weeks back, driving through an unnamable  town, I walked into a gas station for a brief break. While waiting in line behind a young black boy (of about 8) who had in hand a bag of chips, I noticed a thick glass window protecting customer from cashier, but with limited opening underneath to roll cash or change through. Excitement built up at once: I self-assured whatever concerns I could conjure were but the exaggerated fears of a paranoid leftist thinker, and that in the next few seconds those fears would be allayed good and well.

Then through a microphone the cashier boomed to the boy, “Is that all?” I wondered if he knew what was about to happen, or if some form of oral manual was required to hold his hand through. Like an expert, however, he flawlessly, and without prompting, held up his bag of chips to the glass, the cashier scanned it from inside, he dropped his cash, she pushed his change, and he walked off undaunted. “Next!” she called out. Disturbed to my core, I burst my gums open, and undoubtedly inspired security concerns. It took a couple of minutes to recompose and let out a short request for $20 worth of gas.

As I returned home, the scene replayed in my mind – the boy stepping before me, lifting his baggage; the cashier responding with precision; the boy stoic but studied in this art, walking off without care; and my inability to pull him aside, shake him up, and let him know what had just happened was a travesty and a manifestation of how unmanageable society has become – where human beings fall into cubicles in the workplace of life, where contact is diminished drastically, where the frenzy-for-safety forces many into partitioning themselves (professionally and personally). I felt a failure for stifling the urge to put in his hand Henry Giroux’s “Public Spaces, Private Lives” and clamor: “Read this or Die! You now live in a Glass Society, younger brother; and you had better get used to it because the worst is yet to arrive, and your elders rank you so low on the priority rung that to expect rectification anytime soon would usher in many dashed hopes which at your age cannot be healthy.”

So far gone are the days when corner stores provided meaning for a whole community: when customer and clerk spoke the same tongue, shared the same values and communicated without concern. In a Glass Society, occasional “hi’s” and “hellos” are exchanged, but sincerity falls short. It becomes just polite conduct to acknowledge the other person’s humanity – but briefly enough to prevent unnecessary badger. Workers in the same office don’t know each other. Sure, they “collaborate” on “projects” and “brainstorm” on “ideas,” but relationships are outlawed. Each one is against the other. Each one just as suspicious of the other. Each one trying to annihilate the other – at any signs of weakness.

Society, not just schools anymore, is becoming modeled after the prison culture: most are inmates, a few are guards (who fare little better than inmates), and only one or two, wardens, can claim autonomy over their affairs. Inmates know guards have families to feed, and that the paycheck often comes at their expense. Guards know inmates deserve better from the society they owe debt to, but to protest policies could lead to loss of paycheck – or worse. Each one works daily to bend rules and cut schemes. Each one is aware of the other’s deeds. Each one has, more or less, abandoned hope for a transformed society.

Inmates get their share of family visits – but under the jurisdiction of guidelines and regulations which, if followed correctly, smother just about all that is real and authentic about family time. And time is crucial here – for only a few minutes can inmates spend catching up on the last week, month or year: filled with birthdays, sick stories, prison hardship, Halloween costumes, academic issues, loss, joy, loneliness, melancholy, drama. Many inmates cannot even share the warmth of a child or spouse’s hands. A glass window would have to suffice.

Skeptics can wonder through any corporate workplace today, and observe the conducts of employees – how close contact is, how high voices rise, how thick the tension feels. Most likely they would find human beings reduced to numbers and drones, who have functions to perform that must be carried out without complaint – however dehumanizing, however demoralizing. The same batch of skeptics should also escape to any Ivy League school in the country, and take note of the sounds issuing from most classrooms, of the communication between teacher and student, of the sense of rancid competition that destroys any possibility of meaningful education.

The more society drifts toward a partitioned and prisoned sensibility, the less chance young people have at any existence worthy of the title “human.” In December 2006, a Texas four-year-old was hit with an in-school suspension for “inappropriate physical behavior interpreted as sexual contact and/or sexual harassment.” He hugged a teacher’s aide and “rubbed his face in [her] chest.” (There goes tomorrow’s felon!) With no-touch policies increasingly frequent – and, school officials argue, necessary – five-year-olds comforting grieving friends could end up whacked with the discipline stick.

It’s easy to tell the bolts safeguarding the sanity of any society have been capped off when affection is criminalized, when children learn that to care for others, to resist narcissism, might incur harsh reprimand – and even be branded “sexual harassment.” Awful as it is that kids today find few adults interested in their affairs, now when they attempt to correct a society losing touch with its humanity, all sorts of arbitrary – and, really, asinine – regulations show up to keep them in check.

If partitioning and prisoning wouldn’t do, privatizing sure would. Advertising creeps up at every nook, cranny and corner of schools these days. On buses and scorecards, in hallways and cafeterias, in textbooks and bathrooms – brands drive hard bargains to kids. Schools even push snack and soda products without mercy – the same products highlighted in health classes as sure to command an early grave. No longer considered a public necessity, a condition without with a useful society ceases to exist, schools now fall under the impressions of companies and corporate foundations, flailing around market concepts like “bottom line” and “balancing budgets” and “tightening belts.” Four decades back, Hannah Arendt spoke of this “decay of public services” as “the automatic results of the needs of mass societies that have become unmanageable.”

A week back, I walked into a recently renovated branch of my local public library and, feeling a bit groggy, whisked off to the coffee table. On it stood two electronic coffeemakers, cream and sugar jars, stir straws and cup lids. There were, however, no cups. A librarian I complained to explained cups were no more free and would have to be purchased at 50 cents apiece. The urge once again overwhelmed me badly, and I let loose in front of him. I ended up with a steaming cup that day, but I knew complicity this time was indefensible.

At the same branch, a lady stands daily by the reception door – the last of three – welcoming and sending off customers. One door away, a DVD vending machine waits, stocked with scores of recent flicks, as well featuring a built-in screen displaying trailers. At the same branch, a plastic “Customer Service” banner hangs high in the main room. No wonder that when most kids stagger into libraries nowadays, their first stop is the computer’s section; and not to tidy up an assignment, but to waste hours away on gaming sites.

And who dares blame them?

This emerging generation has been set up for what might mark the greatest disaster of a century – and it remains oblivious. Life has been so distorted but yet so normalized that many kids growing up today couldn’t tell the difference between W. E. B. Du Bois and Wal-Mart – after all, both have something to say about education. It is natural that kids should imitate adults, but it is self-damning that adults should see how shabby a future awaits youth and refuse to take up necessary action.

It’s time for true “revolution of values,” as King called for almost 50 years ago. Only few today relish this current mode that has made life intolerably burdensome and even tyrannous to most. Many would rather do away with it and restore some semblance of sanity. There is, of course, the danger of hearkening to the cries of insincere pariahs like Glenn Beck who order a return to “simpler times”; but such commands nonetheless resonate high amongst crowds – boundless by ideology or political alliance – who find little substance in the world today.

Not in Utopia, subterranean fields, Or some secreted island, Heaven knows where! But in the very world, which is the world Of all of us,-the place where in the end We find our happiness, or not at all!

Glass society: have sledgehammer, will shatter.