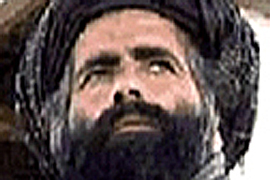 If, through a combination of pressure and enticement, Pakistan and the United States can draw sections of the Taliban into peaceful negotiations, while incarcerating those who refuse to participate, it will produce a sweeping change in the war. With enough momentum, such a strategy would also increase the incentives for Pakistan and Taliban elements to betray Al Qaeda’s top leaders. It’s been a while since there has been unadulterated good news out of Pakistan. 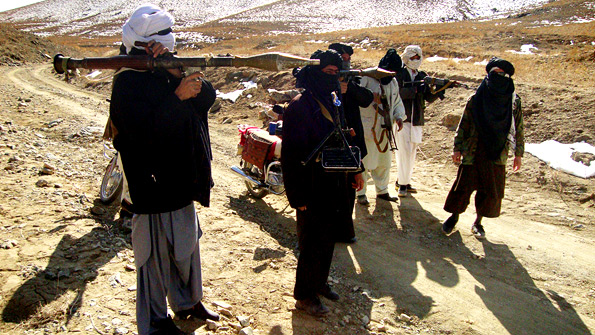 THE deputy leader of the Taliban in Afghanistan, Mullah Abdul Ghani Baradar, has been captured in neighbouring Pakistan, confirmed Pakistani, American and Taliban officials to The Economist on Tuesday February 16th. The development suggests a serious blow has been struck against the Afghan insurgents. It may also indicate a shift in co-operation between American and Pakistani intelligence services, perhaps reflecting a change in policy by the government in Islamabad.

American and Pakistan forces reportedly snatched Mullah Baradar last week in the southern Pakistani port city of Karachi. Mullah Baradar is the most senior Taliban figure detained in many years and the news of his capture came just as a massive coalition and Afghan military offensive is pressing the insurgents on the battlefield in the southern Afghan province of Helmand.

The co-operation between American and Pakistani intelligence suggests a recent improvement in ties. American officials have long alleged that Pakistan, working through its Inter-Services Intelligence spy agency, was secretly supporting the Taliban and harbouring its leadership, despite officially turning its back on the Islamic extremist movement after the September 11th 2001 terrorist attacks. Pakistan had previously bought off Washington by co-operating on the capture of al-Qaeda figures, while keeping the Afghan Taliban leadership safe. But, with the Afghan insurgency spiralling and now arguably a bigger problem than al-Qaeda, it seems that the Americans had run out of patience.

“Pakistan has arrested this man to put pressure on the Taliban, so they have to accept whatever Pakistan says,” says Waheed Muzhda, a former Taliban official turned analyst. Mr Muzhda suggests that Mullah Baradar’s position in the Taliban hierarchy and his relationship to Mullah Omar is akin to that of a president who defers to a supreme religious leader (as, for example, Iran’s president Mahmoud Ahmadinejad defers to Ali Khameni, the Iranian supreme leader). Mullah Baradar headed the Quetta shura, or leadership council, which runs the affairs of the Taliban and is supposedly based in the remote western Pakistani city of Quetta, close to the Afghan border. Mullah Omar, the one-eyed founder of the Taliban who has not been seen since 2001, remains the movement’s ultimate authority and spiritual leader but is not thought to be in operational command.

As violence in Afghanistan has increased, international attention has turned to activities in Quetta. Fears that American drone aircraft could target militants in the city, as they do successfully in Pakistan’s tribal belt, led the Taliban leadership to move quietly to Karachi. There is a huge population of some 3m ethnic Pashtuns in Karachi, many of them crowded in ghettoes. The ethnic group makes up most of the Taliban, so it has been relatively easy for insurgents to melt into their surroundings.

Yet the significance of the arrest depends in part on how the Taliban responds. The organisation has shown itself to be a remarkably resilient so far, with the past detention or death of senior commanders leading swiftly to their replacement by someone new. Despite the psychological setback for the insurgents, it is unclear how much impact will be felt on the ground.

Mullah Baradar is believed to be the main interlocutor in tentative behind-the-scenes talks about peace talks between the government in Kabul, foreign forces and the Taliban. His representatives could be the insurgents who met the most senior United Nations official in Afghanistan, Kai Eide, in Dubai last month.

Pakistan’s government may have decided to give up Mullah Baradar now because it sees no better alternative. With an additional 30,000 American troops committed by Barack Obama to the conflict in Afghanistan, the Americans seem determined to push hard against the Taliban. Inside Pakistan, too, an Islamist insurgency has been taking inspiration from the Afghan Taliban and has firm links to it. Although Pakistan would still like to see a much greater Pashtun element in a future administration in Kabul, perhaps the government in Islamabad has decided that associating with the Taliban is not the best route to success.