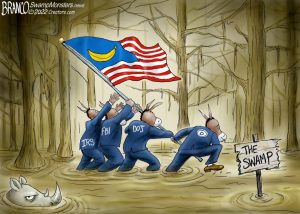 The amount of psyops for the Deep State Dems to win in November is kicking into high gear.  They are way behind in the real polls, but that does not stop them from lying to make you think otherwise in the phony polls. (As I have said in the past, the real approval rating for Biden is 11% to 12%.)  This is why the Democrat strategy must include fraud, lies, psyops, cheating and rigging for Midterms come November.  They sure as heck do not have any policy to make the lives of ordinary Americans better, unless you think killing your unborn baby or paying much more at the gas pump and grocery store will enrich your life.  Don’t fall for the psyops.  You are not hearing any good ideas from Democrats because they don’t have any.

Another week and more young healthy people die from “unknown causes.”  When are we all going to say enough and call this what it is—people are being murdered from the bioweapon injections they passed off as a “vaccine.”

The War in Ukraine could have been stopped in April, but the UK and the West halted any hint of peace to stop the bloodshed.  Meanwhile, Germany’s economy is about to totally shut down and destroy the lives of its citizens all in an effort to support Ukraine.  Now, natural gas from Russia has been cut to zero as the Russians say the Nord #1 pipeline is down for repairs.  When it reopens (and who knows when that will happen), it will be running at 20% of capacity, just like before.  Germans are trying to find coal to burn so they don’t have to burn their furniture to stay warm this winter.  If the economy shuts down anymore, can the banks also suffer from this?  Deutsche Bank (DB) is in Germany, and the IMF has been calling it “the most systemically dangerous bank in the world” for the past few years.  Is the German economic shutdown over this stupid war going to help or hurt DB?

There is much more in the 45-minute newscast.

Join Greg Hunter of USAWatchdog.com as he talks about these stories and more in the Weekly News Wrap-Up for 9.2.22.

Renowned pulmonary doctor and CV19 expert, Pierre Kory MD, founder of FLCCC.net, will be the guest for the Saturday Night Post.  The deaths and injuries are increasing from the failed CV19 bioweapon vax, and Dr. Kory will bring us an update to give you the info to fight this menace.

Please Support Our Direct Sponsors Below
Who Support The Truth Tellers