With recreational marijuana legal in 10 US states and Canada, tens of millions of adults can go to a store and buy a joint. But outside their homes, there are few places where those customers can legally smoke it.

Clouds of pot smoke float around North America’s biggest cities, but for the most part it’s not allowed in public spaces, and there hasn’t been a profusion of Amsterdam-style coffee shops or other businesses where someone can consume a legal drug.

But that could be changing.

Denver’s first legal consumption lounge, The Coffee Joint, opened last year. Its co-owner Rita Tsalyuk described it as a “Starbucks on steroids”. It costs $5 to enter if you plan to consume – though entrance is otherwise free – and while the shop itself can’t sell cannabis, it’s attached to a licensed dispensary. The space hosts video game and movie nights, singles mixers, yoga and industry events. 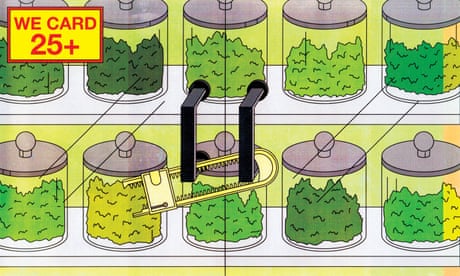 Cannabis for kids: a medicinal miracle or ‘gross negligence’?

On a busy day about 50 people come in. That’s not Starbucks traffic, and Tsalyuk said consumption lounges would struggle to stay open unless they find more revenue streams, like selling cannabis or alcohol. Bars in Denver and elsewhere have also expressed interest in selling cannabis, but so far, at least, establishments selling both intoxicants are hard to find. One entrepreneur hoped to open a cannabis spa in Denver but her proposed location was deemed too close to a school.

In legal cities one can also find gray-market shops where it’s possible for customers to bring their own cannabis, relax on couches, watch TV or have a cup of coffee. It’s a nice idea, but without the ability to sell cannabis, they can struggle to survive as a business, even if they avoid getting shut down by police.

Samantha Montanaro, a cannabis entrepreneur and activist who’s pushing for social use in Oregon, calls for “freedom to choose what you want to consume”. She acknowledged cannabis lounges were a “tough business” since they appeal to backpacking tourists with little spare cash as well as lower-income people who live in federally subsidized housing where marijuana isn’t allowed. If customers can’t buy cannabis, they’re likely to bring their own and hang out all day.

Montanaro sees more of a business opportunity in hosting private consumption tastings and dinners. “Cannabis goes with everything so pairing it with already thriving markets is a good way to go,” she said.

Lisa Snyder, who cofounded Tokeativity, a cannabis community for women with Montanaro, said the “new normal will be events where there’s no alcohol and everyone is really excited about that”.

Indeed, “social use” may be about to have its moment. In San Francisco, a Market Street spot called Moe Greens opened a few weeks ago. It sells cannabis and offers separate rooms for vaping, smoking and concentrates, all in a stylish mid-century modern building. But not many cities have San Francisco’s concentration of young tech millionaires with time to ponder their next startup idea.

By the end of 2019 there could be eight or nine cannabis lounges in West Hollywood, California, which would amount to roughly as many as there currently are in the rest of the country. It seems likely that with time, the rules surrounding social use will loosen and businesses will figure out a way to appeal to both affluent and impoverished customers. 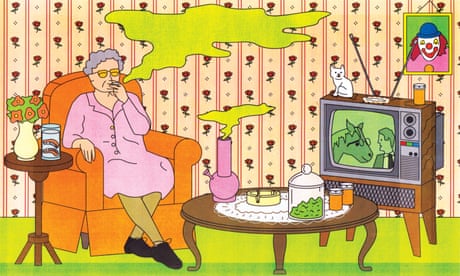 The mature stoner: why are so many seniors smoking weed?

For a great many cannabis users, the lack of social use opportunities is a minor inconvenience, at worst. But as someone who pays close attention to legalization, I wish there were more of them.

Even in cities where cannabis is legal, alcohol still largely sets the tone for nightlife. The equivalent of cannabis bars might make it easier to determine who is using cannabis and in what context. A room full of cannabis users looks different, sounds different and certainly smells different from a bar.

Even walking by one would give people more of a sense of the drug’s social context and how it makes people behave. Having those rooms open to public view would allow people to make up their minds about whether legalization is an experiment worth pursuing.

We made a choice…

… and we want to tell you about it. We made a choice which means our journalism now reaches record numbers around the world and more than a million people have supported our reporting. We continue to face financial challenges but, unlike many news organisations, we have chosen not to put up a paywall. We want our journalism to remain accessible to all, regardless of where they live or what they can afford.

This is The Guardian’s choice: a model for open, independent journalism – free for those who can’t afford it, supported by those who can. We depend on contributions from our readers. Will you support our choice?

Readers’ support powers our work, safeguarding our essential editorial independence. This means the responsibility of protecting independent journalism is shared, enabling us all to feel empowered to bring about real change in the world. Your support gives Guardian journalists the time, space and freedom to report with tenacity and rigour, to shed light where others won’t. It emboldens us to challenge authority and question the status quo. And by keeping all of our journalism free and open to all, we can foster inclusivity, diversity, make space for debate, inspire conversation – so more people have access to accurate information with integrity at its heart.

Guardian journalism is rooted in facts with a progressive perspective on the world. We are editorially independent, meaning we set our own agenda. Our journalism is free from commercial bias and not influenced by billionaire owners, politicians or shareholders. No one steers our opinion. At a time when there are so few sources of information you can really trust, this is vital as it enables us to give a voice to those less heard, challenge the powerful and hold them to account. Your support means we can keep investigating and exploring the critical issues of our time.

Our model allows people to support us in a way that works for them. Every time a reader like you makes a contribution to The Guardian, no matter how big or small, it goes directly into funding our journalism. But we need to build on this support for the years ahead. Support The Guardian from as little as $1 – and it only takes a minute. Thank you.