Are you putting Monsanto in your vagina? 85% of tampons and feminine hygiene products contaminated with cancer-causing glyphosate herbicide 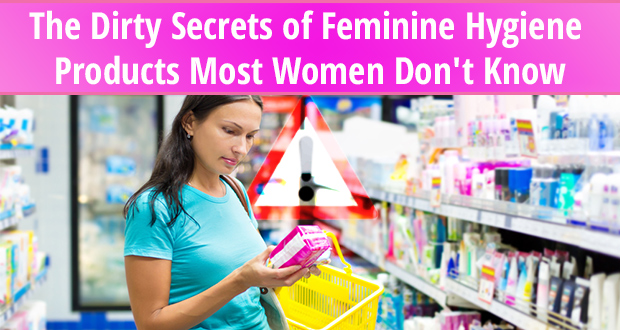 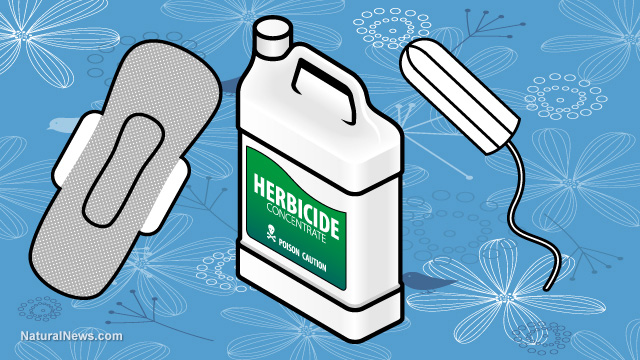 (NaturalNews) In the late 1970s and early 1980s, over 50 American women were killed by their tampons. Although the FDA and the feminine hygiene industry have gone to tremendous lengths to try to memory hole this true history (and label it just a “rumor”), tampons made from certain non-natural fibers were found to harbor deadly bacteria and release a sufficient quantity of chemicals to kill or injure over a thousand women.

As the Organic Consumers Association has published:

The worst offenders were Procter and Gamble’s ultra-absorbent Rely tampons. According to the book Soap Opera: The Inside Story of Procter and Gamble, the company dismissed consumer complaints about the tampons for years. A 1975 company memo disclosed that Rely tampons contained known cancer-causing agents and that the product altered the natural organisms found in the vagina. Rely tampons were taken off the shelves in 1980, but many women claim they left a legacy of hysterectomies and loss of fertility.

Among health-conscious women, the toxicity of mainstream tampons has long been an issue of concern. “Just as I say heck no to Cottonseed oil, it is for the same reason I say heck no to sticking toxic cotton up into my nethers,” writes Meghan Telpner. “Did ya know that 84 million pounds of pesticides are sprayed on 14.4 million acres of conventional cotton grown each year in the US.”

The rayon/viscose used in Tampax is made from wood pulp. Last I checked, there were no such thing as rayon trees and trees don’t magically turn into rayon- it takes hundreds of chemicals. The chlorine bleaching of wood pulp is where the greatest danger lies. The process creates chlorinated hydrocarbons, a hazardous group of chemicals with byproducts that includes dioxins, some of the most toxic substances known. Parts per million my cooch! There are no safe levels dioxins, they are impossible to break down and so keep building up in our tissues.

Fast forward to 2015. Now glyphosate, the chemical found in Monsanto’s “RoundUp” herbicide used on genetically modified cotton crops, is being discovered in the vast majority of feminine hygiene products.

The research team from National University of La Plata headed by Damian Marino revealed their research findings last weekend. Note carefully that such research would never be conducted in a U.S. university because they’ve been infiltrated and bought off by Monsanto. Example: Discredited professor Kevin Folta at the University of Florida, who was caught receiving $25,000 from Monsanto after publicly lying that he had no financial ties to the herbicide company. Even though Folta has been exhaustively exposed as a liar and a violator of university ethics, the University of Florida sees nothing wrong with such deceptions. Click here to read the secret letter where Monsanto agrees to pay him $25,000.

“A team of Argentine scientists found traces of glyphosate in 85% of personal care and feminine hygiene products containing cotton and commonly purchased in drugstores and supermarkets,” writes Revolution News.

“The study looked at a sampling of products from pharmacies and supermarkets in the area of La Plata, and analyzed cotton swabs, gauze and articles for feminine use. The results from all commercial products detected 85% glyphosate and 62% AMPA (metabolite or derivative of glyphosate). Almost 100% of the cotton produced in Argentina is transgenic and glyphosate applications are made while the cocoon is open.”

“The report left us shocked,” said Dr. Medardo Ávila Vázquez, a conference participant and from Cordoba.

“We had focused our attention on the presence of glyphosate in food, but did not think the products we use in all hospitals and health centers in the country to cure patients are contaminated with a carcinogenic product. The authorities must give an immediate response to this situation.”

Glyphosate is known to cause cancer, but propagandists are paid to cover up the truth

Glyphosate is a known cancer-causing chemical. The World Health Organization has classified it as “probably carcinogenic,” and many other studies clearly link it to an endocrine disruption process that leads to cancer.

The EPA conspired with Monsanto for decades to deceive the public into thinking glyphosate was harmless, even after knowing the molecule was extremely dangerous.

Forbes.com, named “America’s most evil news publisher” by EVIL.news, has been instrumental in publishing Monsanto’s propaganda via the corporation’s paid professional propagandists such as Henry Miller and Jon Entine. Both have been exposed as “GMO mercenaries” who betray humanity and advocate the chemical poisoning of the world in exchange for money.

Glyphosate has even been found to promote cancer at parts per trillion concentrations, meaning that even low-level exposure from tampons might lead to deadly cancers in women. (The GMO industry says women who are concerned about GMOs are “anti-science” and too stupid to understand technology.)

It is inarguable that the human vagina readily absorbs chemicals found in tampons. When those tampons are made from GMO cotton — the vast majority of cotton that’s commercially grown — they almost always contain glyphosate that gets absorbed through vaginal walls and enters the bloodstream.

This means that even beyond glyphosate contamination in food, women must now consider the possibility that they are being poisoned from glyphosate in the vagina via genetically modified cotton used in tampons and other hygiene products.

To all the bought-off female journalists who are pushing Monsanto’s agenda — like Tamar Haspel of the Monsanto-infiltrated Washington Post — SHAME ON YOU for advancing the chemical industry’s war on women.

Why you should only use organic feminine hygiene products

The only sure way to avoid GMOs in your vagina is to source certified organic feminine hygiene products made from organic cotton or other organic materials.

It’s easy for consumers to forget that their blue jeans are made from GMO cotton saturated with glyphosate… or that the cotton gauze in their first aid kits are also made with GMO cotton and glyphosate. In fact, even cotton swabs and cotton balls are usually GMO.

So if you really want to stop putting Monsanto in your vagina (or your ears, nose and other place in your body), you’ll need to meticulously source organic, non-GMO products for such needs.

Monitor all the real-time breaking news on organics at Organics.news or visit AlternativeNews.com throughout the day.