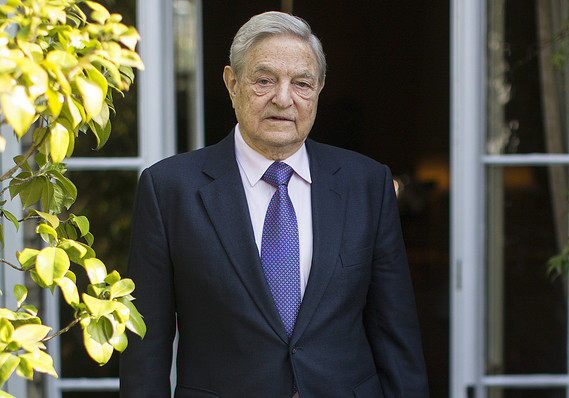 Much depends on the health of the Chinese economy, Soros said in remarks at a Bretton Woods conference at the World Bank.

If China’s efforts to transition to a domestic-demand led economy from an export engine falter, there is a “likelihood” that China’s rulers would foster an external conflict to keep the country together and hold on to power.

“If there is conflict between China and a military ally of the United States, like Japan, then it is not an exaggeration to say that we are on the threshold of a third world war,” Soros said.

Military spending is on the rise in Russia and China, he said.

To avoid this scenario, Soros called on the U.S. to make a “major concession” and allow China’s currency to join the International Monetary Fund’s basket of currencies. This would make the yuan a potential rival to the dollar as a global reserve currency.

In return, China would have to make similar major concessions to reform its economy, such as accepting the rule of law, Soros said.