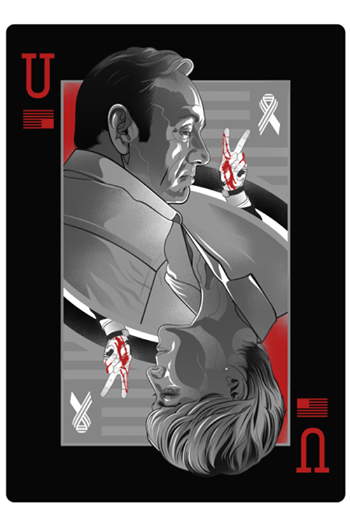 The additional sets of problems added as “solutions” only guarantee that the third and final crash of asset bubbles just ahead will be far more devastating than the crashes of 2000 and 2009.

The conventional view tacitly assumes the global economy is dealing with one problem: recovering from the Global Financial Meltdown of 2008-09. Stimulating a “recovery” has been the focus of central banks and states everywhere.

The real flaw is the central banks/states don’t even recognize that we face three interlocking sets of problems, not one. Each set of problems is layered on top of the previous layer, and each sets reinforces the other two. In other words, the entire problem set is more than just the sum of the three problem sets.

1. Financialization of the economy. As the post-industrial funk of the 1970s dragged on, the neoliberal ideology of liberalizing credit markets and eliminating the regulatory wall between investment banking and commercial/mortgage banking was presented as the fundamental fix to post-industrial stagnation: free up credit, leverage and speculation, and the results would be an expansion of asset prices and growth.

The first wave of financialization in the 1980s did indeed boost asset valuations and growth, but it did so by eroding the productive economy and the middle class that arose from gains in productivity. Financialization substitutes finance for productive investments, such that financial games such as originating subprime home mortgages become far more profitable than non-financial capital investments.

I’ve covered the immense structural damage wrought by financialization for years. Here is a small sample of essays from the 10+ pages of links available in the archives:

What’s the Primary Cause of Wealth Inequality? Financialization (March 24, 2014)

Financialization and Crony Capitalism Have Gutted the Middle Class (July 13, 2012)

The E.U., Neofeudalism and the Neocolonial-Financialization Model (May 24, 2012)

2. Extremes of credit, leverage, risk and speculation. As conventional financialization failed to reflate the asset bubbles of the late 1990s that crashed in 2000, central banks and states opened the doors to extremes of credit expansion, leverage and risk. Financial fraud and embezzlement became the models of choice as lenders and borrowers alike engaged in a monstrously profitable churning of securitized mortgages, liar loans, initial public offerings of companies with no hope of generating profits, and all the other tricks of the finance trade.

The inevitable result of these extremes of supposedly low-risk leverage and sleight of hand was the Global Financial Meltdown of 2008-09, when bubbles in credit, risk, stocks and real estate popped. 3. The central bank/state “solutions” to the Global Financial Meltdown are the third set of problems. The monetary/fiscal solutions–dropping interest rates to zero, printing trillions of dollars, yen, euros and yuan out of thin air and giving banks and financiers free access to all this loot, with the implicit promise that any bets that went bad would be backstopped by the taxpayers–have not only done nothing to repair the damage done by the first two problem sets but have unleashed even more destructive dynamics.

The analogy I have used is monetary heroin: the first hits of quantitative easing had an immediate effect on moribund assets. But each successive wave of monetary heroin has had diminishing effects as the addict became habituated to the endless stimulus.

The central bank solution to this habituation is to increase each new dose of stimulus. Unfortunately, at some point the dose becomes large enough to kill the addict: The Fed’s Failure Complicates Its Endgame (July 30, 2014)

Each monetary/fiscal “fix” inflated a bubble that crashed. Rather than face the harsh consequences of financialization and successive waves of monetary extremes, central banks and states have elected to reflate the bubbles as the politically expedient solution that leaves the crony-cartel-state status quo intact.

But the additional sets of problems added as “solutions” only guarantee that the third and final crash of asset bubbles just ahead will be far more devastating than the crashes of 2000 and 2009.

The Coming Crash Is Simply the Normalization of a Mispriced Market (July 18, 2014)