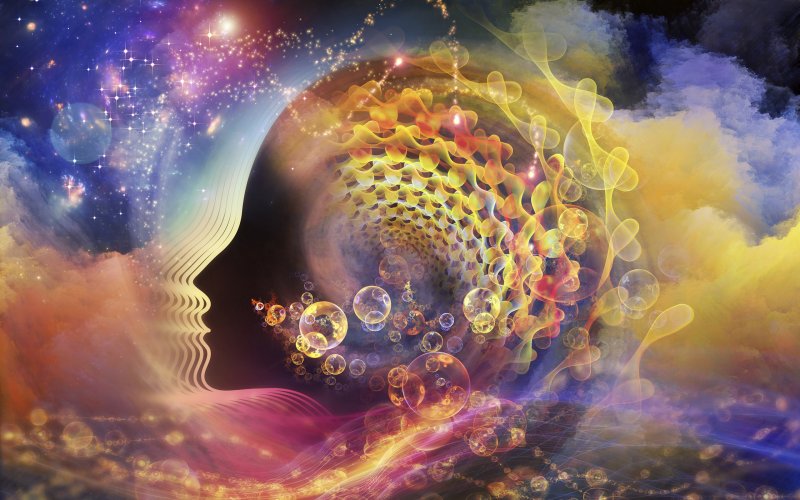 Psychedelics Are Ready for a Comeback
In his new book Acid Test, author Tom Shroder tells the story of Nick, a veteran haunted by PTSD. In an interview with The Daily Beast, Shroder explains why psychedelics are so important to veterans, and the roadblocks researchers face getting it to them.
LSD, an illicit drug with a serious stigma, was once the darling of the psychotherapy world.

In a plethora of studies from the 1950s, researchers found the drug, and other psychedelics in its family, to be successful in treating victims of psychosomatic illnesses ranging from depression to addiction. With fear and hesitation stripped away, psychologists could help their patients dive headfirst into a painful memory, feeling, or thought, and work through it. For some, it sped up a process of awakening that may have taken years. For others, it opened a door that may never have been found otherwise.

But with the widespread recreational use of LSD beginning the 1960s, came both fear from both the general public and the government. After 1970 (when LSD was put on the schedule 1 substance list) it wasn’t technically illegal to do research with psychedelics but rather virtually impossible, given the professional and regulatory hurdles

More than 40 years later, the criminalization of Hofmann’s drug still persists. The means and approval to research the psychedelic on humans is few and far between. The freedom of sufferers who may benefit to access it is all but nonexistent.

Nowhere are the negative effects of psychedelics’ fate more pronounced than in the story of America’s veterans. Of the many illnesses for which the psychedelic-assisted therapy showed promise, Post-Traumatic Stress Disorder was one of the most profound. An estimated 500,000 Iraq-Afghanistan military veterans are suffering from PTSD, an excruciating illness that is believed to fuel the estimated 20 suicides that result from that demographic per day. In FDA sanctioned studies using MDMA-assisted therapy to treat veterans with PTSD, the success rate has been astounding. Why has no one noticed?

In a book out September 9 called Acid Test, author Tom Shroder follows one veteran named Nick on his journey to face the evil visions that haunted him long after fighting in the Middle East. The author spoke with The Daily Beast about his research.

What potential damage has the halting of research on psychedelics caused?

We’re talking almost half a century here of missed opportunities. And what’s really heartbreaking and breaks my heart now is even though now they are doing these trials that are showing tremendous promise, with half a million vets coming back from Iraq and Afghanistan with PTSD that is life-threatening…over 20 Vets a day are taking their own lives and many of them are related to PTSD symptoms. It’s going to take a minimum of 10 years—that’s incredibly optimistic—before this can be prescribed as a therapy. And it’s pathetic that MAPS, a tiny little nonprofit, is raising money for research in increments of 50K when we owe these Vets a lifetime of care which is going to cost the country in the neighborhood of a trillion dollars in the next 30 years.

Why do you think psychedelics are so beneficial in helping Vets with PTD?

The interesting thing about psychedelics and their role in healing is unlike Penicillin, you have an infection, and without any conscious awareness at all it just takes care of the infection and goes away. The unique thing about this kind of healing is that it’s the experience itself the subjective experience that seems to initiate the healing. People have conscious insights. Like the ability to stop choosing to feel negative emotions. That’s something you’re aware of the process of the healing, and you’re awareness is what’s healing you. And at the same time though they’re beginning to do fMRI research suggesting that the drug changes which parts of the brain are most active.

Has the government gotten behind research on psychedelics?

140907-Haglage-acid-test-embed
Amazon
The Defense Department and Veterans Affairs have yet to spend a dime helping to further this research. If they got behind this and said ‘Hey, this is pocket change for us’ and the FDA put it on the fast track, this could be done in a fraction of the time. Hundreds of thousands of lives could be saved.

One of your main characters, Nick, is a veteran whose symptoms of PTSD are relieved through his therapy sessions with psychedelics. He continually makes reference to the guilt he feels at not being able to help his fellow soldiers get the same treatment. What was that like to watch?

It really is breaking my heart. These guys I’ve gotten to know who have benefitted from this therapy, they’ve got buddies that are still suffering. That’s the thing that really gets to them. Nick Blackston [the main character] is a Marine and the U.S. Marine’s whole thing is that you don’t leave people behind. He feels like he’s left his comrades behind because he’s gotten help and they can’t. He was lucky enough to be in the right place at the right time to get this therapy. But they haven’t been.

What is the main impediment to this research?

It’s still politically radioactive. There are still people who react to psychedelics as being like Satan’s drug or something. And there are still careers threatened by people who say this is what they want to study. So that stigma, despite the success of the last decade, is still lingering. It’s an impediment. If this were not psychedelic drugs and this was some other class of drugs that had just been discovered and had no cultural history, it would be a completely different picture and things would be moving much more rapidly.

Do you think people are inherently afraid of psychedelics?

I think certain people are inherently afraid and I think people think that its political suicide to be seen as an advocate but I think certainly the reason why that lingers is because the culture of the ’60s and how frightened people got of the drug. Yes, psychedelics, used in an uncontrolled setting without the presence of a medical supervision, definitely carry risks. But LSD was never as dangerous as it was made out to be. The whole idea that it was creating a generation of ‘valueless zombies’ or something or that healthy people would go crazy from taking one dose of psychedelics was never justified by the facts. It was never as dangerous as many other drugs that did become prescription drugs.

Where does MDMA fit in to this?

A chemist named Sasha Shulgin, one of the first to work with MDMA, said taking it was like having reality revealed to you in a very, sort of, sober way…it allowed you to look at the hard realities of your life without fear or pain. He took it to a therapist named Leo Zeff, an American psychologist in California who had been doing psychedelic therapy since the beginning. Zeff was about to retire, but once Shulgin brought it to him he forgot about retirement and ended up introducing it to hundreds of thousands of patients as a therapeutic agent. At the time they made LSD illegal in 1970—and by extension other psychedelics—MDMA was not included. For a brief window, psychologists could use it.

Of the many illnesses for which the psychedelic-assisted therapy showed promise, Post-Traumatic Stress Disorder was one of the most profound.
How long did this window last?

Researchers were aware that the DEA was going to fairly quickly clamp down on MDMA. So they decided to get all these therapists who were using it successfully to oppose the DEA actions of putting it on the Schedule 1 list. The DEA was completely unaware that this was being used medically across the country. The decision went to court, an administrative hearing that went on for almost a year. The DEA presented all its evidence. Then a little consortium of people in the psychedelic community—especially the most credentialed ones—presented their evidence. The judge ruled across the board that MDMA did have medical use, should not be placed on Schedule 1 list, and suggested Schedule 3, which would allow it to be prescribed and used medically and researched. The DEA basically said: ‘Nope, we’re just totally ignoring this and we’re gonna put it on Schedule 1 anyway.’

Why don’t we focus more medical research on psychedelics?

I think LSD was the most stigmatized drug in history. It just somehow really got in the culture’s psyche—a kind of fear of LSD. Nixon once called Tim Leary ‘the most dangerous man in America,’ and it just got all wrapped up in the generational divide and the culture war and the politics of the time. I think that the nature of the psychedelic experience is challenging to the rationalists’ basis of Western ideas. It just became extremely stigmatized and that spread to all psychedelic drugs and it’s really why it’s still tough to get approval to get research going. It’s still an uphill battle.