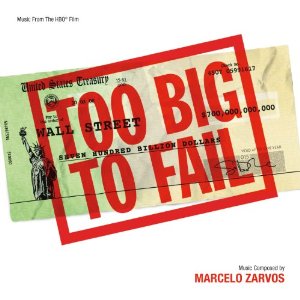 When people talk about the concept known as “too big to fail” or “TBTF,” they generally are referring to the idea that the government is bailing out a private bank and its shareholders. The $10 per share paid to the Bear, Stearns equity holders is a case in point. The big banks, so the saying goes, privatize the profits and socialize the losses. But if you really focus on that phrase, it reflects a deeper truth about the nature of financial markets and politics in the United States that is often missed.

If you think of the end of WWI as the death of capitalism in America, what comes after is a hybrid model, part public, part private. If the years before Woodrow Wilson and WWI was the age of utopian reform, the years which followed were a time of anger and bitter betrayal for old fashioned progressives and conservatives alike. Before WWI we had private monopolies controlled by Robber Barons, but since WWII all of the monopolies have been controlled by bureaucrats in Washington.

Fred Siegel, in his excellent 2013 book about the modern roots of American liberalism, “The Revolt Against the Masses: How Liberalism has Undermined the Middle Class,” notes:

[L]iberalism began as a fervent reaction to wartime Wilsonian Progressivism, and it took its current cultural shape in the 1920s well before the Great Depression came crashing down on the country. It was the seminal 1920s that the strong strain of snobbery, so pervasive among today’s gentry liberals, first defined the then nascent ideology of liberalism.

The liberalism which evolved after the Great Depression and WWII was anti-business and anti-democratic. It despises the small town business ethic which drove to much of American life. In its place was a heroic model populated by elite experts, writers and social scientists who fundamentally distrust the public and place great confidence in the “leading role” of the state, to borrow the Marxist term. The scorn and fear generated among liberals by the Tea Party movement illustrates the basic contempt that liberals hold for the common man and the American middle class in general.

The economic model that emerged from WWII was decidedly European in nature, with a central function assigned to state sponsored entities and nominally private corporations. Siegel notes that while the mobilization for WWI did provide “the administrative model for the early years of the New Deal, culturally, socially and politically, liberalism represented a sharp break from Progressivism.” The economic model for modern day liberalism was elitist and antithetical to the private sector and also the rights of the individual.

The notion of free-market capitalism driving the growth of the US economy and the American dream after WWII was a convenient fiction. Behind this facade, generations of liberal political operatives worked to realize the dreams of a society led by an enlightened elite with heroic overtones that bear close resemblance to the fascist era of 1920s Europe. Men like Herbert Crowley, editor and co-founder of The New Republic, advanced the ideal of a secular priesthood that would Europeanize America. He envisioned an elite vanguard of intellectuals, writers and scientists who would not be swayed by outmoded ideas of popular democracy and individual freedom. And the mechanism for advancing the new liberal agenda was government.

From the late 1940s through into the 1970s, government control over the financial markets, banks and much of the rest of the US economy enforced a certain stability that many observers find remarkable. But by the 1970s, the popular demand for jobs and opportunity began to force change and with it deregulation of the markets. Yet the basic model of banks as government sponsored entities or “GSEs” remained. With it came a partnership that assumed the state would control access to credit and the financial markets.

Seen in the political context of modern American liberalism, the idea of TBTF is not so much about bailing out purely private corporations and their shareholders as it is about a partnership between various GSEs. The housing agencies created since the Great Depression, including Fannie Mae, Freddie Mac and the Federal Housing Agency are partners with the biggest TBTF banks. Together they monopolize the highest quality portion of the housing markets, leaving the “subprime” dregs for the smaller private sector firms. But no private company can compete with a GSE, bank or otherwise.

For a brief period from 1992 until 1998, the private sector was actually able to compete with the big bank/GSE monopoly and produced some of the best years of economic growth that the US economy had seen in decades. General Motors avoided bankruptcy in 1992 because it was able to circumvent the commercial banks and issue its own paper directly in the bond markets. By 1998, however, following several financial crises, the liberal political class in Washington closed ranks and handed the TBTF banks and GSEs the housing and asset backed securities markets on a silver platter.

Non-bank financial and commercial firms were no longer allowed to place assets with money market funds, a change that essentially gave the banks a monopoly on funding all aspects of the US economy. Home builders and mortgage companies could not compete with the federal housing agencies in the bond market, again reinforcing the de facto monopoly of the TBTF banks and housing agencies. As the 2000s began, the combination of the TBTF banks and the GSEs was firmly in control over the housing market and followed the policy prescriptions of the liberal tendency in Washington when it came to promoting “affordable housing.”

Seen in this political context, the period of financial deregulation in the 1980s was not so much about the private sector throwing off the shackles of government regulation as the public-private monopolies comprised of the TBTF banks and the GSEs misbehaving. There was never any end to the public/private partnership between the top banks and the federal housing agencies. To spend time arguing whether Wall Street or Washington caused the 2008 subprime crisis is absurd, yet it is precisely that fictitious duality that still defines public perceptions about the crisis.

The new ethos of America in the 21st Century is about liberals creating opportunities for their friends and political supporters, while preserving the social and economic problems for which liberalism presents itself as the solution. In their book Reckless Endangerment: How Outsized Ambition, Greed, and Corruption Led to Economic Armagedon, Gretchen Morgenson and Joshua Rosner describe how skillful exploitation of the public/private monopoly between the largest banks and housing agencies such as Fannie Mae fueled the housing crisis. They highlight Jim Johnson, the former head of Fannie Mae and the longtime chairman of the compensation committee at Goldman Sachs. Johnson typifies the modern day liberal who skilfully exploits opportunities to gain from “public/private partnerships” that are unavailable to the average American.

In 2007 and 2008, when the private investment community realized that the TBTF banks and the GSEs had created tens of trillions of dollars’ worth of toxic waste, the global economy started to melt down. Many smaller private financial institutions were either acquired or failed, including Washington Mutual, Countrywide Financial, Bear, Stearns & Co., Wachovia and Lehman Brothers. But the TBTF banks that are the monopoly partners of the GSEs were saved. This fact caused great anger and consternation among the American electorate, but largely due to the fact that the public thinks that these banks were and are today private corporations.

To understand the concept of TBTF, you must first appreciate that the notion that unsuccessful companies and individuals should fail is an anachronism that only applies to smaller entities. The larger banks which are essential to advancing the agenda of the liberal elite must be preserved. In the case of Citigroup, the bank was bailed out by successive loans from the US Treasury championed by Timothy Geithner, who ran interference for Citi first as President of the Federal Reserve Bank of New York and later as Treasury Secretary.

While then FDIC Chairman Sheila Bair wanted to shut down Citigroup, Geithner and his allies circled to wagons to protect Citi and former Goldman Sachs CEO Robert Rubin. As Chairman of Citigroup, Rubin presided over the bank’s issuance of tens of billions of dollars’ worth of Structured Investment Vehicles or “SIVs”. These SIVs were issued based on subprime toxic waste and were fraudulently structured as “sales,” but were in fact secured borrowings sponsored by the bank. Geithner and other members of the Rubin political tendency argued that saving Citigroup was necessary to protect the US economy, but in fact the real recipients of the Citigroup bailout were Rubin and the bank’s other officers and directors.

To really appreciate “too big to fail,” you must first and foremost understand that it is a political concept that springs from a sense of liberal privilege and entitlement. Conservatives generally oppose TBTF and advocate market based outcomes for banks, large and small. But most politicians of either political party support the model of public/private monopoly that is typified by the relationship between the largest banks and the various GSEs in Washington. Big banks are not really important to preserving American competitiveness, as the banking industry likes to suggest, but the TBTF banks are very important to preserving the political and economic privilege of a select few Americans. That, at the end of the day, is what “too big to fail” is all about.