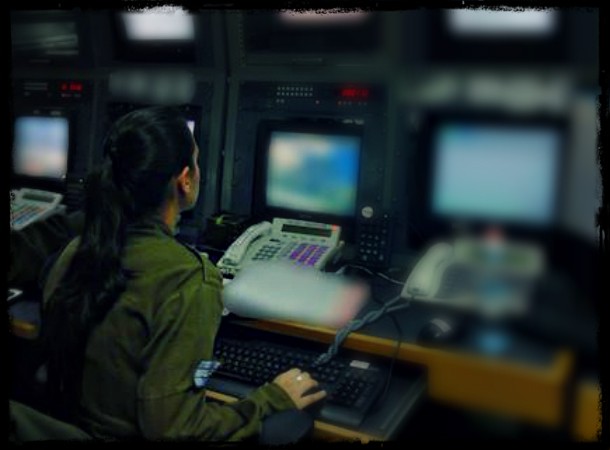 TEL AVIV — It’s the joke of the evening and they tell it again and again, happy with themselves, a lukewarm glass of Coke in their hands: “Are you ready to hear a lie? Because if I tell you the truth, we’ll have to kill you.” They probably wouldn’t, but then again the participants of this annual reunion of former members of the Israel Defense Forces’ (IDF) Unit 8200 won’t say anything about past operations either.

It’s a shame, since the cream of Israel’s cyber espionage is present in this warehouse along Tel Aviv’s harbor, and we would definitely like to try and worm some information out of them. For example, they are said to have created the Stuxnet computer virus, which in 2010 managed to penetrate the computers controlling the centrifuges of Iran’s uranium enrichment factory of Natanz and sabotage them, even reportedly setting off explosions.

From their base in the southern part of Hezliya, on the Mediterranean coast, they also regularly hack into Syrian radar computers, allowing the Israeli air force to strike Bashar al-Assad’s arsenal. Cloaked in mystery, these thousands of high-IQ soldiers form the jewel in Israel’s military intelligence, the lead attack battalion of mass cyberwar carried out by Israel over the past decade.

Of course, the computer attacks conducted by IDF are classified top secret, but on the other hand, Israel regularly communicates when it is the target of hacking attempts. “We have identified a significant increase in the scope of cyber attacks against Israel by Iran. These attacks are carried out directly by Iran and through its proxies, Hamas and Hezbollah,” Prime Minister Benjamin Netanyahu said in June. “The targets are vital infrastructures, like electricity and water. But all aspects of civil life, and of course our defense systems, are a target.”

Thus, we learned this week that the video surveillance system in the tunnel that goes through Haifa had been hacked on Sept. 8, forcing its immediate closure and paralyzing the third-biggest city in the country. Two months earlier, the Knesset — the Israeli Parliament — was targeted. And just a year ago, when the operation Pillar of Defense assault on Gaza was at its peak, Israeli websites endured tens of millions of sabotage attempts coming from 180 different countries.

To face these attacks, the Shin Bet, Israel’s national security service, has had since 2002 a unit specialized in strategic initiatives against cyber attacks. Despite being under the supervision of Israel’s National Cyber Bureau since its creation in 2011, the fight against hackers is the military’s own domain.

This task is taken very seriously at the Kirya, the Israel Defense Forces’s headquarters. Major General Aviv Kochavi, the head of Aman (the Directorate of Military Intelligence) prompted some jealousy when he obtained an extra $400 million for Unit 8200 amid a wave of deep budget cuts. As for the recruiting sergeants of technological units, they now get first pick of the most promising conscripts, and are thus prioritized over the army and air force.

The Kyria Military base in Tel Aviv — Photo: Beny Shlevich/GNUFDL

Future potential Israeli cyber soldiers are encouraged to join intensive programming courses when they enter high school, on top of their usual lessons. That way when they enroll, they will be assigned to the new unit Lotem-C4I (Command, control, computers, communications and information) before being dispatched to the air force, the navy, intelligence services — or indeed, to Unit 8200, for the best of them. Demand for cyber defense specialists is so high that one year after it was created, Lotem-C4I had to double its numbers. 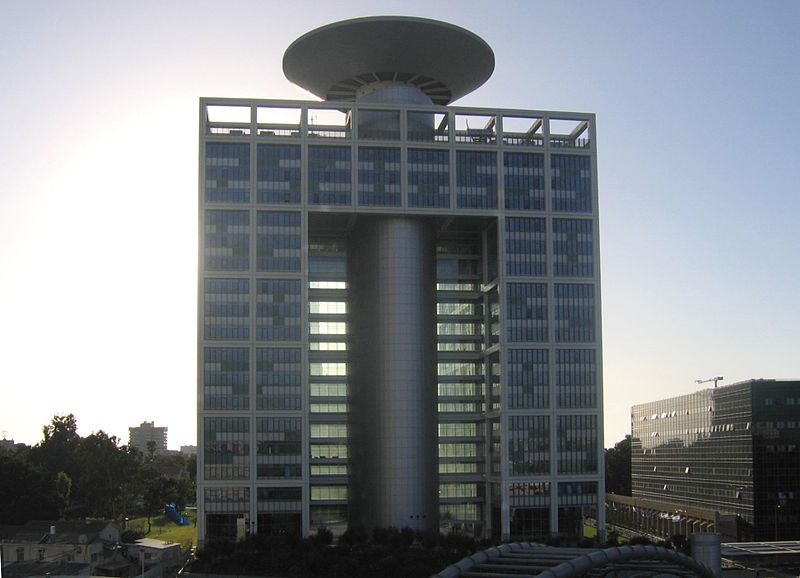 The Kyria Military base in Tel Aviv — Photo: Beny Shlevich/GNUFD

“In cyberwar, you need to be able to reconcile the obligation to carry out your mission succesfully and the rigor required of military work with the creative anarchy of nerd culture,” explains “Captain E.”, a former member of Unit 8200, who now heads a start-up and is regularly called to help train new recruits. “Our chance is that Tsahal (IDF) always pushes its soldiers to think outside the box, to find solutions exterior to usual procedures.”

The recruits learn how to spot an attack, how to neutralize it, to find out where it comes from and of course to become attackers themselves. These skills are soon put to practice in top secret projects for which they have access to considerable means.

The three years of compulsory military service (two for girls) and this prestigious course make these recruits a top-notch pick for local high-tech directors, who are themselves generally former agents of the technological units. The “club” effect plays an increasingly important part and gives the Jewish state a reputation of being a “cyber security nation,” as Foreign Secretary Ze’ev Elkin boasted during the Seoul Conference on Cyberspace two weeks ago.

In the meantime, Benny Gantz, IDF’s Commander-in-Chief, has just created an intermediary statute for these cyber soldiers, breaking as a result the sacrosanct dichotomy between the “Lohamim” (battle troops) and the “Jobnikim” (those with desk jobs). This shows the new importance of these soldiers: Whether machos and other military fanatics like it or not, on the virtual battlefield, it’s the nerds who are calling the shots.