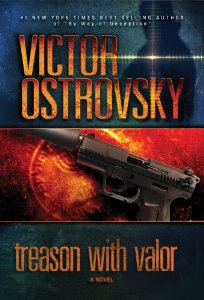 Washington PostAfter Edward Snowden came forward and identified himself as the source of disclosures that had been published by The Guardian on top secret surveillance programs being operated by the National Security Agency, Washington Post reporter Barton Gellman posted his account of his interactions with Snowden.

Gellman published a story on the PRISM program, which involves the NSA having direct access to major Internet companies’ data and content from users. The story went up at about the same time as Glenn Greenwald and Ewan MacAskill’s story appeared at The Guardian. But, this was the only story the Post had because Snowden decided to go to Greenwald after providing the slide show on the PRISM program.

…Snowden asked for a guarantee that The Washington Post would publish — within 72 hours — the full text of a PowerPoint presentation describing PRISM, a top-secret surveillance program that gathered intelligence from Microsoft, Facebook, Google and other Silicon Valley giants. He also asked that The Post publish online a cryptographic key that he could use to prove to a foreign embassy that he was the document’s source.

I told him we would not make any guarantee about what we published or when. (The Post broke the story two weeks later, on Thursday. The Post sought the views of government officials about the potential harm to national security prior to publication and decided to reproduce only four of the 41 slides.)

Snowden replied succinctly, “I regret that we weren’t able to keep this project unilateral.” Shortly afterward he made contact with Glenn Greenwald of the British newspaper the Guardian…

Snowden first contacted Gellman on May 16. For weeks, he was hoping the Post would publish. The newspaper would not publish the full slide show. It had also gone to the government to inform that they had obtained the material he had disclosed, which tipped them off that there was a leak.

This is symptomatic of a culture in media, where organizations have increasingly taken it upon themselves in the past decade to make national security choices on behalf of the government. They have chosen to withhold publishing when they, in fact, have an absolute right to publish, which has been defended by individuals like former New York Times counsel James Goodale who argued the Pentagon Papers case.

In the case of Pfc. Bradley Manning, who is currently on trial at Fort Meade for disclosing United States government information to WikiLeaks, he tried to share the Iraq and Afghanistan war logs with US media outlets before submitting to WikiLeaks:

At my aunt’s house I debated what I should do with the SigActs [war logs]– in particular whether I should hold on to them– or expose them through a press agency. At this point I decided that it made sense to try to expose the SigAct tables to an American newspaper. I first called my local news paper, The Washington Post, and spoke with a woman saying that she was a reporter. I asked her if the Washington Post would be interested in receiving information that would have enormous value to the American public. Although we spoke for about five minutes concerning the general nature of what I possessed, I do not believe she took me seriously. She informed me that the Washington Post would possibly be interested, but that such decisions were made only after seeing the information I was referring to and after consideration by senior editors.

Manning also attempted to have the Times publish the military incident reports:

I then decided to contact [missed word] the most popular newspaper, The New York Times. I called the public editor number on The New York Times website. The phone rang and was answered by a machine. I went through the menu to the section for news tips. I was routed to an answering machine. I left a message stating I had access to information about Iraq and Afghanistan that I believed was very important. However, despite leaving my Skype phone number and personal email address, I never received a reply from The New York Times.

What the Post did around the disclosures Snowden made bears a similarity to how the Times handled documents that are now known to have been disclosed by Manning to WikiLeaks:

Because of the range of the material and the very nature of diplomacy, the embassy cables were bound to be more explosive than the War Logs. Dean Baquet, our Washington bureau chief, gave the White House an early warning on Nov. 19. The following Tuesday, two days before Thanksgiving, Baquet and two colleagues were invited to a windowless room at the State Department, where they encountered an unsmiling crowd. Representatives from the White House, the State Department, the Office of the Director of National Intelligence, the C.I.A., the Defense Intelligence Agency, the FBI and the Pentagon gathered around a conference table. Others, who never identified themselves, lined the walls. A solitary note-taker tapped away on a computer.

Other recent examples of the US press making national security choices on behalf of the government include the withholding of the location of a secret drone base in Saudi Arabia and withholding the fact that Raymond Davis, who shot and killed two men in Pakistan, was working for the CIA.

Specifically, the New York Times did not publish its story on President George W. Bush’s use of warrantless wiretapping when it had the chance to have an impact and create debate before Bush was re-elected. They sat on the story, despite the fact that Justice Department lawyer Thomas Tamm had taken a great risk.

Notice that Gellman questioned his source and whether he had turned against America almost immediately. Gellman asked “how he could justify exposing intelligence methods that might benefit U.S. adversaries.”

That shows the character of many in establishment news organization and it fits into how the press has failed in its duty to be the Fourth Estate and check the power of government by informing Americans of what is being done in their name. It complements how the press repeated or went along with Bush Administration propaganda ten years ago on why the US needed to go to war in Iraq. And it reaffirms why the world needs organizations like WikiLeaks for conscientious government employees around the world to turn to when they want something to be brought to the world’s attention.

People like Snowden are taking great risk when they try to reveal the truth to their fellow Americans. In Snowden’s case, he engaged in his act of conscience with great care and thought much about what he intended to do.

Truth-tellers cannot have press covering for the powerful. And that is why many are likely to begin to go to people like Greenwald, independent media organizations or leaks sites that are often associated with non-traditional media.