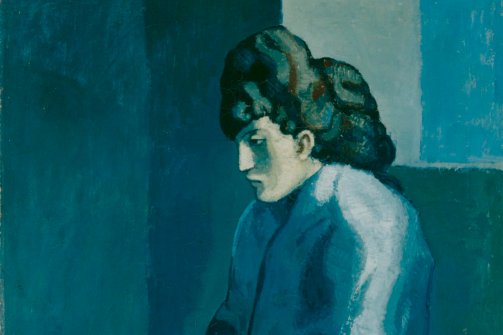 A new book reveals why a third of Americans convinced themselves they’re depressed—and what we can do to get sensible diagnoses.

In his new book How Everyone Became Depressed: The Rise and Fall of the Nervous Breakdown, the University of Toronto historian of psychiatry Edward Shorter takes aim at the what he sees as the massive overdiagnosis of depression in America. Something like a third of Americans think they are depressed in a given month, but we know, writes Shorter, “that only 3% of the population is chronically sad.” It’s a dangerous state of affairs “which means that poorly diagnosed patients are denied the benefit of proper treatment while being exposed to all of the side effects of classes of medication, such as the Prozac-style drugs, that are ineffective for serious illness.”

Shorter’s book seeks to answer a simple question: “Whose fault is that?” As it turns out, there are multiple, interlocking answers which range from Sigmund Freud to the pharmaceutical industry.

The distinction between melancholia and non-melancholia is a key part of your argument. Could you explain why it matters?

It’s fundamental, because melancholia is real depression. People are sad, and they’re at risk of suicide, and they can’t think very quickly or move very quickly —that’s serious depression. But beneath that level the questions are, “What do you have? What’s wrong with you?” And very often patients have one of the ‘d’ words—dysphoria, or demoralized, or disappointed—but they aren’t necessarily depressed, because they aren’t sad. They get out of bed and go to work every day, they don’t cry all the time.

But instead they have other stuff, and this is the crucial point. They’re anxious, for example. They’re terribly fatigued. They have all kinds of somatic pains, body pains that come and go. And they tend to obsess about the whole thing. So this is a whole package, and the package goes way beyond having a mood disorder, the package goes way beyond sadness. It’s kind of a whole-body disorder. And melancholia is a mood disorder—it’s characterized by sadness. So there’s a fundamental difference between what most people have—the technical term would be non-melancholia—and the real depression, which is melancholia.

So how does the DSM miss the boat when it comes to diagnoses?

In explaining the impact of psychoanalytic thought on psychiatry, you write that, “In the annals of modern science, I am unaware of any comparable wholesale demolition of a field of scientific knowledge and its replacement with a fairy castle of fanatics.” Why did psychoanalysis do so much damage to psychiatry?

The psychiatry that existed prior to psychoanalysis was a fairly sophisticated kind of biological psychiatry, actually. But psychoanalysis wrote a big line through that, they said, “That’s the end of all this biological stuff. We aren’t going to hear any more about it. From now on, the only thing that counts is unconscious conflict.” So all the previous learning of psychiatry was thrown out.

And then, in the 1960s, the same thing happened again, except it was psychoanalysis that was thrown out. People started to find it just incredible that all these different psychiatric symptoms are a result of unconscious conflicts developed in childhood as a result of problems in toilet training. And also psycho-pharmacology had started to come in in the 1950s, gangbusters in the 1960s. And psycho pharmacology is actually quite successful, and it was the success of the new drugs that caused a lot of men and women who’d been trained as psychoanalysts to say, “This is garbage,” and to leave the Freudian temple altogether.

And so psychiatry once again started with a knowledge base of zero, because nobody could go back to the previous knowledge base before the 1920s since it was all in German and it was all in libraries in long-forgotten journals. So the field started out again as a tabula rasa, and when that happens all kinds of mistakes and blunders can creep in. That’s really what happened in the DSM-III. They really didn’t know what they were doing, because they were just starting out absolutely fresh from ground zero, and they made stuff up as they went along. And a lot of the stuff they made up was artifacts.

So here we are 30 years later, at DSM-V, and we have the basic structure of DSM-III that’s been preserved, and the basic structure is once again filled with artifacts. Nobody has managed to identify them and get them out of there, and that’s the basic problem with psychiatry today.

So given these weaknesses in the DSM, which don’t seem to be going away with the DSM-V, what of the DSM-VI and beyond?

I think the whole thing is going to be thrown out. I think DSM-V is probably going to be the last edition of the series, and the whole thing is just going to collapse. It’s stuffed with diagnoses that don’t have scientific bases. Some of the diagnoses are real and important; others are figments, really. U.S. psychiatry seems kind of incapable of coming to this realization, but there’s a lot of dubiety and a lot of unhappiness in international psychiatry about the DSM series, and I think rivals are going to spring up that will simply bring an end to the DSM. It’ll be replaced with something else.

So then what will the diagnostic process look like in 20 or 30 years?

I think that the firewall between depression and psychosis is going to be erased. Right now, you as a clinician have a choice of making one or two diagnoses: you can either say your patient is psychotic, which would mean schizophrenia, or you can say your patient has a mood disorder, which would be depression or bipolar disorder. And there really is very little bridging between the two. There are these funny diagnoses like schizo affective disorder that don’t have a lot of popularity, but basically these are seen as two separate diagnostic basins: the world of craziness and the world of sadness.

Another thing will happen is that anxiety will probably cease to be considered a separate disorder of its own and seen sort of like fever, as something that happens in lots of different disorders. There are lots of different infections and they all have fever in common, but fever is not specific in any way. And anxiety isn’t really specific either—patients who are anxious almost always have something else as well. We have something like nine different anxiety disorders right now; I think these all are going to be thrown out or collapsed or assigned to some other category.

At one point you write that “A depression needed to be created that could be applied to everyone.” Who gains from this?

But what they created was a real gift to industry, because it meant that you could develop drugs for major depression and your drugs would probably be good [only] for some aspects of that patient population, but hey, that’s okay! So we’ll just market them as anti-depressants for depression. So that’s what’s happened—we have all these anti-depressants out there that are really not very good for depression at all, certainly they aren’t very good for serious depression, and they have some effect on anxiety and obsessive-compulsive symptoms among the people in the non-melancholia compartment, but they’ve been enormously profitable because everybody’s on them.

You write that “It is time for a turn-around.” How do mental-health practitioners and researchers make that happen?

We need to turn around two things: diagnosis and treatment. Diagnosis can only be turned around by some very wise committee that has a proper grip on the whole issue of classification and is composed of senior clinicians with vast experience who have a gut feeling for what constitutes real diseases. And this is something that men and women who have been practicing psychiatry for 30 or 40 years do acquire—a gut feeling for what is real illness, because they see so much of it. However, [forming such a committee] is something individual practitioners can’t really do; it takes somebody at the top of the profession in order to come up with a new classification of diseases that “cuts nature at the joints,” as they say, that’s a good description of what your patients actually have.

Secondly, we need some new drugs. There haven’t been any new or innovative drug classes in psychiatry or psycho-pharmacology for the past 30 years. It’s a terrible indictment of the field, and the reason for this is that the targets, the diagnoses themselves, tend to be artifacts, and you can’t develop drugs for diseases that don’t exist—the trials will all wash out. So the people who are in charge of medicinal chemistry and organizing clinical trials at the big drug companies have to reorient their own sense of what real diseases are and start developing drugs for those real diseases and not for such figments as major depression.