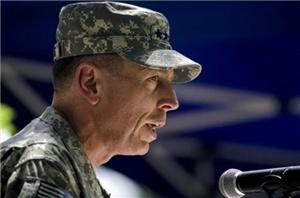 US, former top general, David Petraeus, resigned from the Central Intelligence Agency (CIA) – the media quickly calling it a fall from grace.

This happened just days after the re-election of President Barack Obama, a victory that his supporters call a clear mandate from the American people.

But for Oliver Stone, the Hollywood director, who for years has been obsessing about the role of the military in American society – neither Petraeus nor President Obama are worthy of unreserved support.

In fact, he sees big problems ahead for the US and its president.

Stone has problems with Obama’s foreign policy, his reluctance to reverse George W Bush’s strategies such as the Anti-Ballistic Missile Treaty, the country’s race to militarise space and attempts to buy influence around the world.

The celebrated director thinks Petraeus should have been removed a long time ago, that he “screwed up” in Iraq, and was never a “hero”, the military and the media made him out to be.

“The bigger issue is [not the sex scandal] but what he has done in Afghanistan and Iraq and that is the primary issue that the media should concentrate on – which they haven’t,” says Stone. “They have treated him as a hero and they don’t question his record and I think this is what’s most important and it’s been lost in this typical sex scandal, British tabloid kind-of-thing.