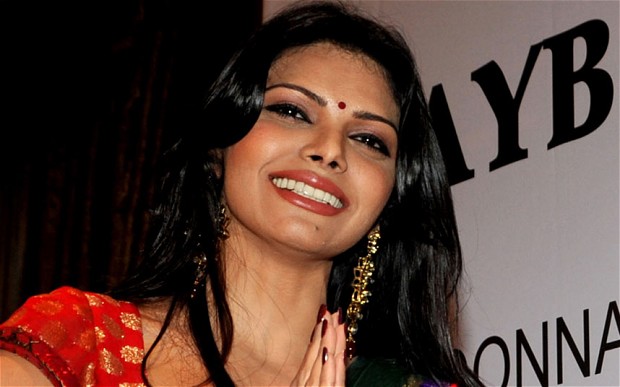 A Bollywood starlet has become the first Indian woman to pose nude for Playboy, sparking a wave of criticism in her home country where the magazine is banned.

Sherlyn Chopra, 28, will appear in the November issue.

However, a series of teasing interviews has provoked a round of condemnation from women’s rights activists who accuse her of undermining the fight against sexual harassment and abuse.

Miss Chopra herself has admitted that she has not yet told her mother about the Playboy shoot.

“It is not an easy task to be nude in front of the camera and look good at the same time,” said Miss Chopra in an interview with the BBC’s Hindi service.

She added that she had written to Playboy asking to model and received a response within days.

“I have become the first Indian to pose naked for Playboy and nobody can take away that achievement from me,” she said.

“My sister is proud of my achievement. I haven’t told anything to my mother, but I think I will visit her and tell her that she has to accept me the way I am.” Critics have complained that the magazine has billed her as a Bollywood legend, despite only appearing in a handful of films and being best known for Bigg Boss, India’s answer to Big Brother.

Columnists have dismissed her as a C-list actress while others have laid a more serious charge, pointing that India is already struggling to control an epidemic of sex crimes.

“At a time when innocent women across the nation from Gujarat to Guwahati have been subjected to sexual abuse and humiliation, one wonders if Sherlyn Chopra’s pictures wound a woman’s integrity,” wrote blogger Gayatri Sankar.