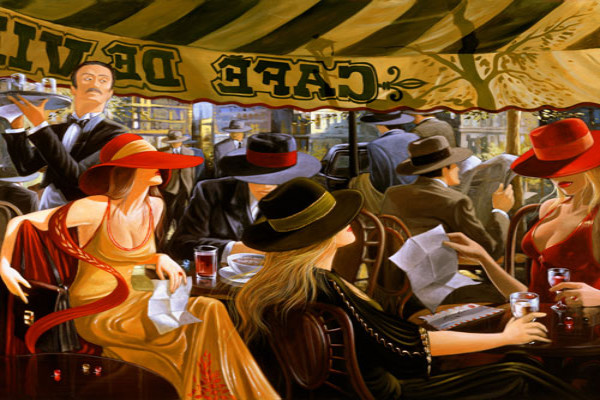 A recent study from the University of Illinois claims that a certain level of alcohol can push the mind out of its comfort zone, creating space for new insights and boosting the problem-solving process.

It also found that people who’ve had a drink are quicker at solving really, really complicated problems. For example: can you identify a unifying subject for words like “blue,” “cottage,” and “Swiss”?

OK, so maybe not that hard. It should have taken, oh, precisely 11.5 seconds for “cheese” to come to mind.

But if you’ve had a drink or two, researchers found, you’d have been a couple seconds quicker. Three-and-a-half seconds, to be precise.

The study “Uncorking the muse: Alcohol intoxication facilitates creative problem solving,” which was published in the January 28 edition of the journal Consciousness and Cognition, found that inebriated men (.075 level of alcohol) did better on 15 brainteasters than those who hadn’t had any alcohol.

The findings may appear counterintuitive, but they join a body of research that underscores the importance of seemingly un-intellectual to mental breakthroughs.

Albert Einstein, for example, would often have a Eureka moment while fiddling around on the piano. His sister Maja recalls that he would suddenly interrupt his playing to exclaim, “‘There, now I’ve got it,'” reported Psychology Today.

Indeed, researchers say the new findings are particularly relevant for those in creative fields. Two of the study’s authors, psychology graduate student Andrew Jarosz and psychologist Jennifer Wiley told ScienceNews that a “composer or artist fixated on previous work may indeed find creative benefits from intoxication.”

Of course, there are limits. “I obviously would not suggest you drink a vodka cranberry before taking the SAT,” Jarosz told ABC. “But if your goal is to get to more remote or less accessible ideas, alcohol might help you in that situation.”

Apparently once your brain has tackled a problem, it needs to take a chill pill. In an article on insight, The New Yorker’s Jonah Lehrer, citing the work of cognitive neuroscientist Mark Jung-Beeman, explains that after “the brain is sufficiently focused on the problem, the cortex needs to relax, to seek out the more remote association in the right hemisphere that will provide the insight.”

“It remains unclear how simple cells recognize what the conscious mind cannot,” Lehrer writes, noting that “insight is just a fleeting glimpse of the brain’s huge store of unknown knowledge.”

It’s a supply that alcohol can apparently help you…tap into.